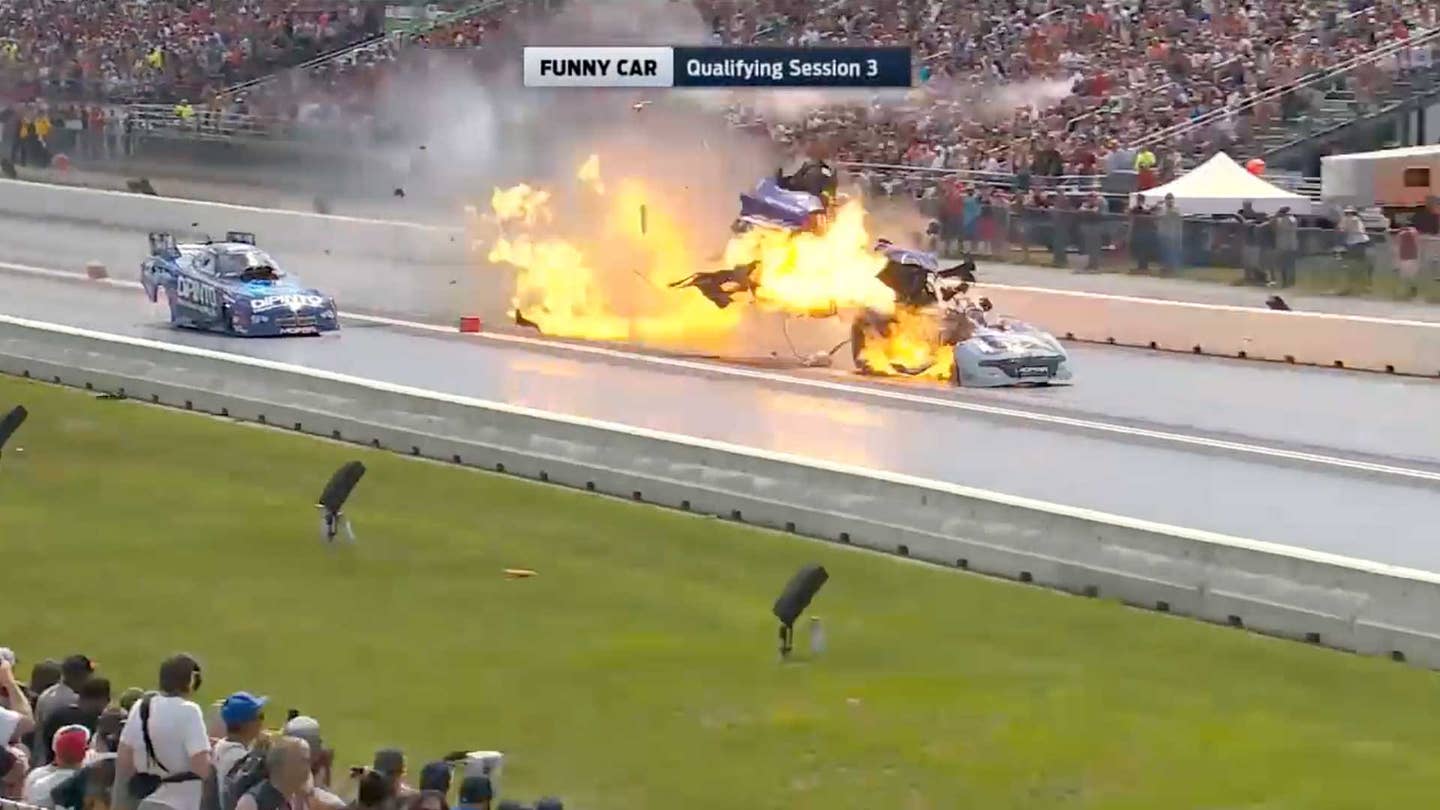 You know what sucks? Having engine components and body pieces from your funny car dragster fly at you while you're doing 200 mph. That's exactly what happened to racer Jack Beckman at New England Dragway during a qualifying session for the 2016 NHRA New England Nationals a few days ago...and it was all caught on video.

It seems Beckman's Infinite Hero Dodge Charger funny car had some, uh, mechanical problems during his third qualifying run. As a result, his car's engine exploded in what pretty much appears to be the most spectacularly Hollywood fashion possible without resorting to Michael Bay-style pyrotechnics or CGI.

As you can see from the video, even with all those race car bits flying around him, Beckman was able to keep the dragster in check and under control. In a post-incident interview, Beckman explains he had to quickly wipe oil off his visor after the explosion in order to even know where he was going. "It was nice to know" that he wasn't going to end up in a wall, he said. Beckman goes on to thank his safety gear, which took much of the heat for him in the explosion. Sure does take a lot to pull these drag racing guys out of their comfort zones.