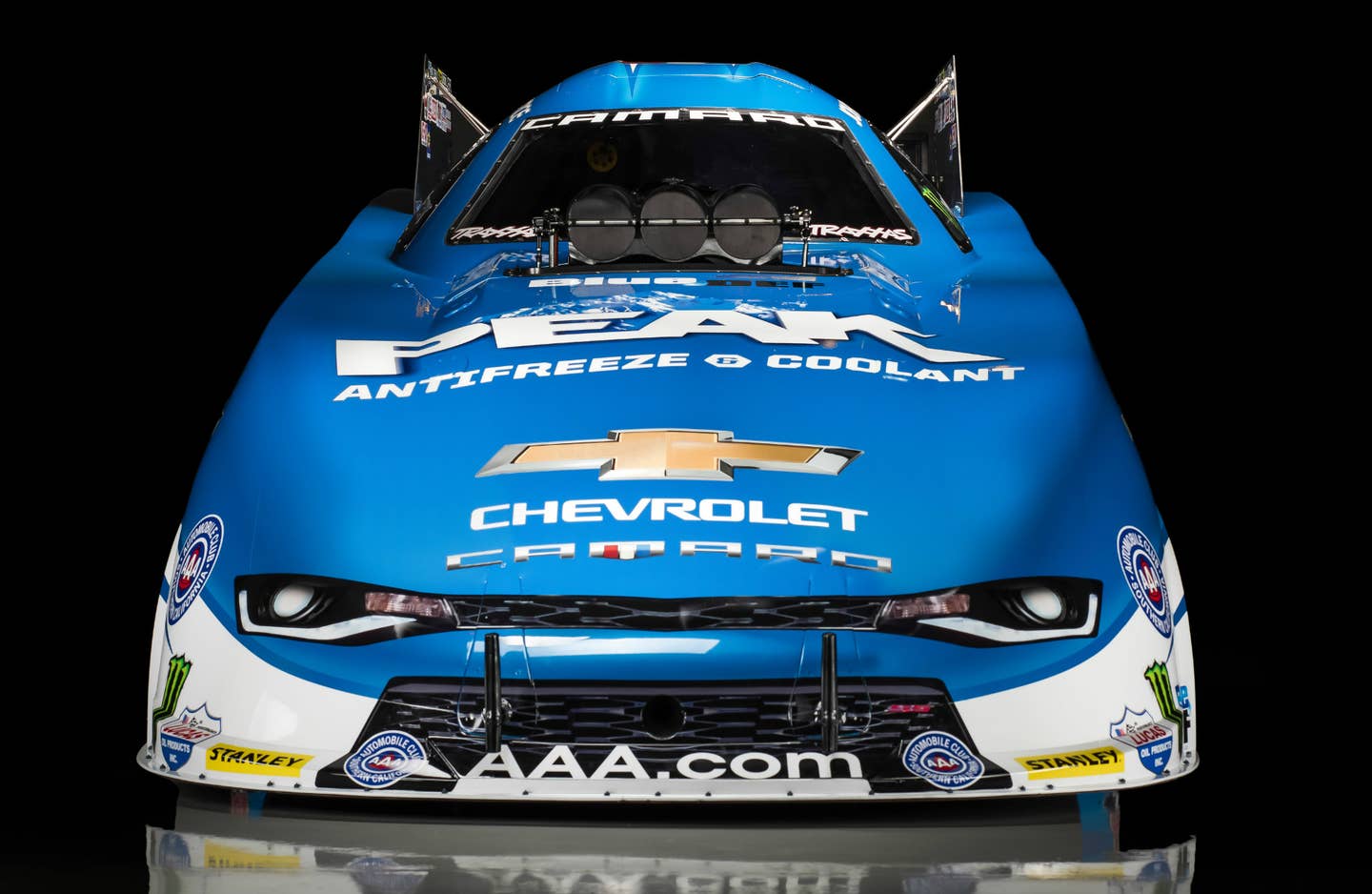 John Force is a legend. The man’s a sixteen-time NHRA champion, the no-bullshit patriarch of drag racing’s First Family (see: daughters Ashley, Brittany, and Courtney, all NHRA drivers). Search his name on YouTube, and you’ll find a mix of wonderful rambling post-race interviews, peppered with footage of insane, 250-mph crashes. Also, a lot of victory celebrations, because there’s nobody better at getting down the strip. And now he’ll be doing it in a 2016 Chevy Camaro SS Funny Car.

Of course, the new body is just that—a body. NHRA Funny Cars use custom chassis, and non-factory parts from nose to tail. They also use the same blown and 500-cid engines as those wild, top dog Top Fuel dragsters, good for around 10,000 horsepower. That’s what you need to do a 3.9-second pass in excess of 330 mph. So what if the sixth-gen Camaro fairings are only window dressing? Force's new ride looks seriously boss.

Its got some big upgrades, too. Chevy says it did scale-model wind tunnel testing, which begat a revised, integrated front splitter to better manage downforce. More important, the sixth-gen Camaro body design uses dual blow-out panels (a.k.a. “burst panels”). These clever safety bits are designed to drop when there’s an engine failure, relieving underbody pressure to keep the body from divorcing itself from the chassis. Because, really, the last thing you want halfway to Mach 1 is the car’s integral pieces separating from each other.

It’s a gnarly machine. With John Force behind the wheel, odds are it’ll be a winning one, too. Keep an eye out for the man and his new Camaro Funny Car at this weekend’s NHRA Kansas Nationals at Heartland Raceway in Topeka.