Why the New Chevy Camaro Is Just Like My Face

And other tales from the muscle car vortex. 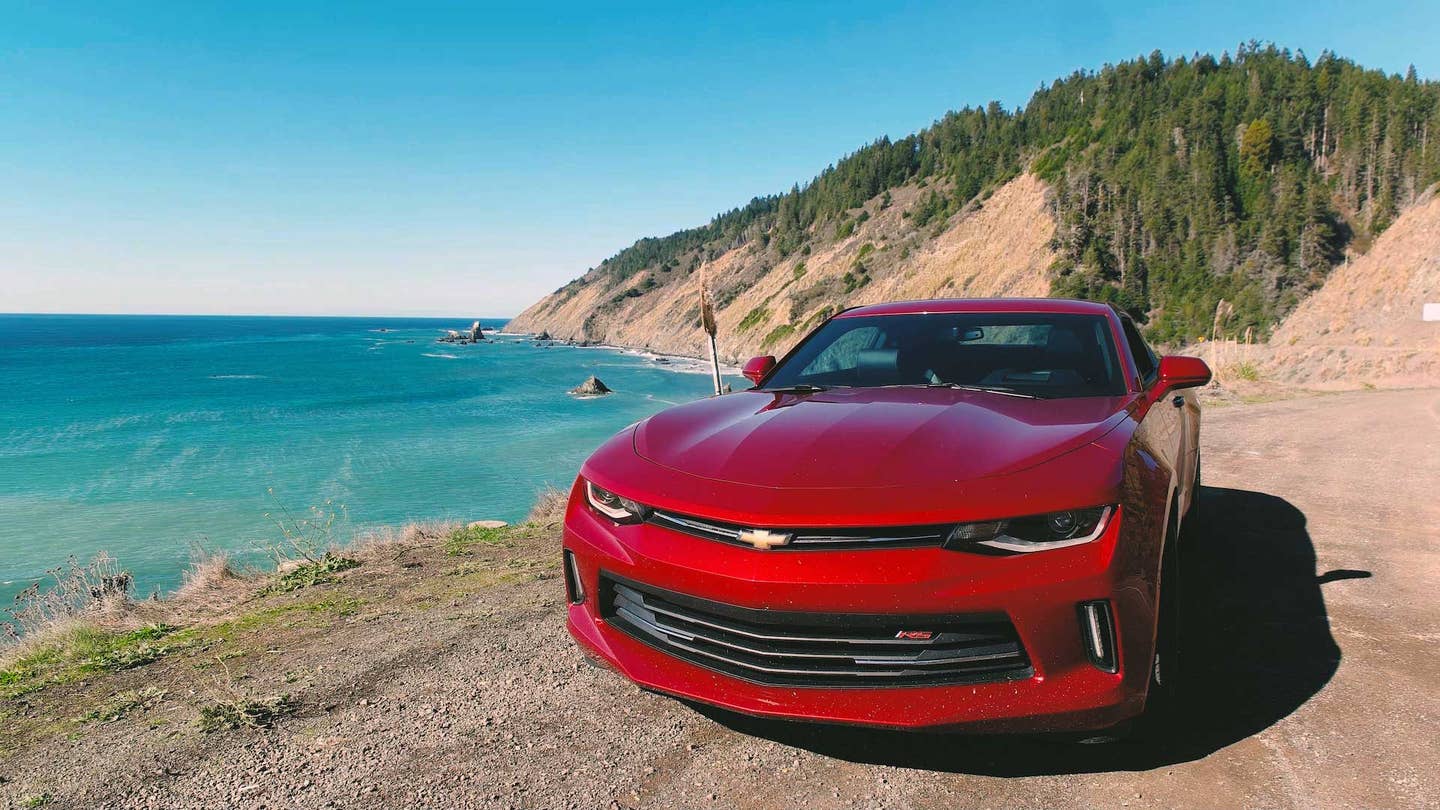 Pro tip: When the guys at Chevrolet ring and ask if you want to take their shiny new 6th generation Chevy Camaro for a roadtrip, don’t hesitate. While some of us wisely chose to take their pony across the Southern BBQ Trail, my mind turns to more exotic locales. At a recent house party in mid-city, Los Angeles, a beer on the balcony led to a chance meeting with an inked-up, dreadlocked and noticeably stoned young lass from Portland, Oregon. She told me about her “totally epic roadtrip” to L.A., during which she stopped and visited a vortex where, in her words, “If you bent over and looked through your legs, it looked like the whole world turned upside-down.”

Of course, whenever you bend over, the world turns upside-down. She knows that. But you get get the picture. What interested me was this “totally unexplainable vortex.” What was this crazy hippie chick talking about? As I hung up the phone with Chevy, I realized that the Camaro and the vortex are somehow connected.

Vortex experiences can be found throughout the Mount Shasta region, near the Oregon/California border. It’s a weird place. At Shasta itself, a tribe of superbeings called Lemurians are reported to live in a vast underground city. Seriously. I’m not making this up. Is it a coincidence that discussion of vortexes is most active in the world’s most prolific marijuana growing region? You decide.

I took delivery of the Camaro, recruited an illustrious wine enthusiast named Curtis to co-pilot. We hit the vortex, sure. It was a very real place, its illusions mind-twisting as advertised. But it was just part of the journey. There were also the towering redwoods along the Avenue of the Giants and the blue Pacific waves of the MacKerricher Marine Park. There were delicious organic IPA’s at the Eel River Brewery in Fortuna. And there was, at the end, the neon-tipped embrace of San Francisco’s Fisherman’s Wharf.

And of course there was a 325-horsepower, 3.6-liter V6 Chevrolet Camaro LT to play huffing steed the entire way. Not a bad way to spend 36 hours.