Even drift bros have nothing on stock car driver Erik Jones. 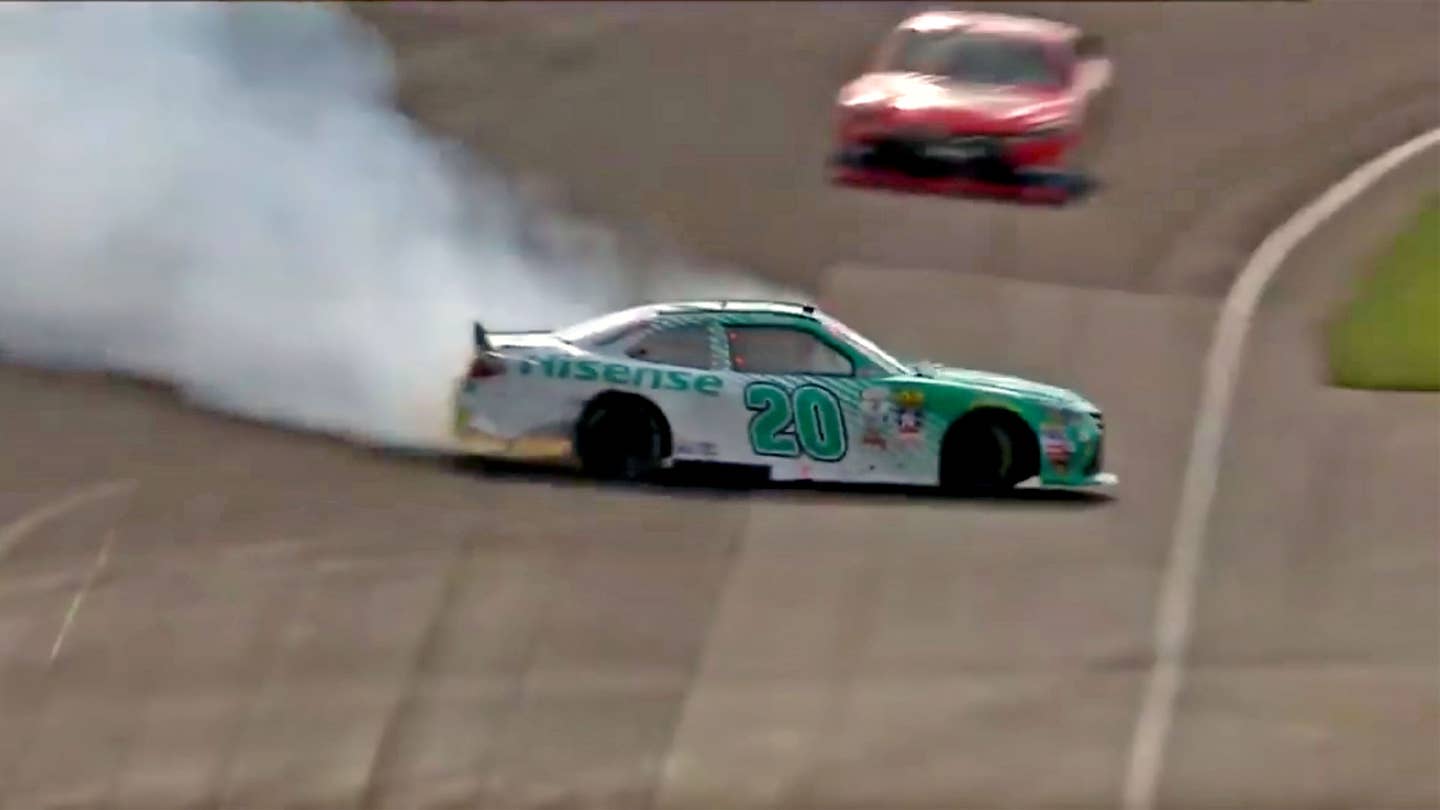 To all those folks who point and laugh at stock car drivers while saying "They only know how to turn left," here's a clip for you to chomp on. At speeds near 200 mph, NASCAR driver Erik Jones managed to pull off an incredible save at the Lilly Diabetes 250 race last Saturday at the Indianapolis Motor Speedway. Yeah, he turned left, but he turned left in the most spectacular of ways.

As Jones began to steer into Turn One at triple-digit speeds, the right rear tire of his number 20 Toyota Camry race car suffered a nasty blow out. But Jones, being a consummate pro, handled it pretty much perfectly. The driver managed to swing the car almost completely sideways and keep it there, presumably by completely laying on the throttle and cranking the steering wheel as far to the right as possible. It was opposite lock at its finest. (And it wasn't even the first time during Saturday's race that Jones had a close call while swinging it a bit loose.)

Though Jones wasn't able to complete the drift quite as elegantly as those master drifters in Formula D, he did manage to make it out of the corner at Indy without a scratch on the car, which qualifies as damned impressive in our book. We'll bet that when he came in to pit, the rear tire on the left side was almost as far gone as the one on the right.