Can Insurance Solve One Of Micromobility’s Biggest Challenges?

An Israeli startup is expanding from commercial drone insurance to shared scooter insurance, offering a potential solution to safety concerns. 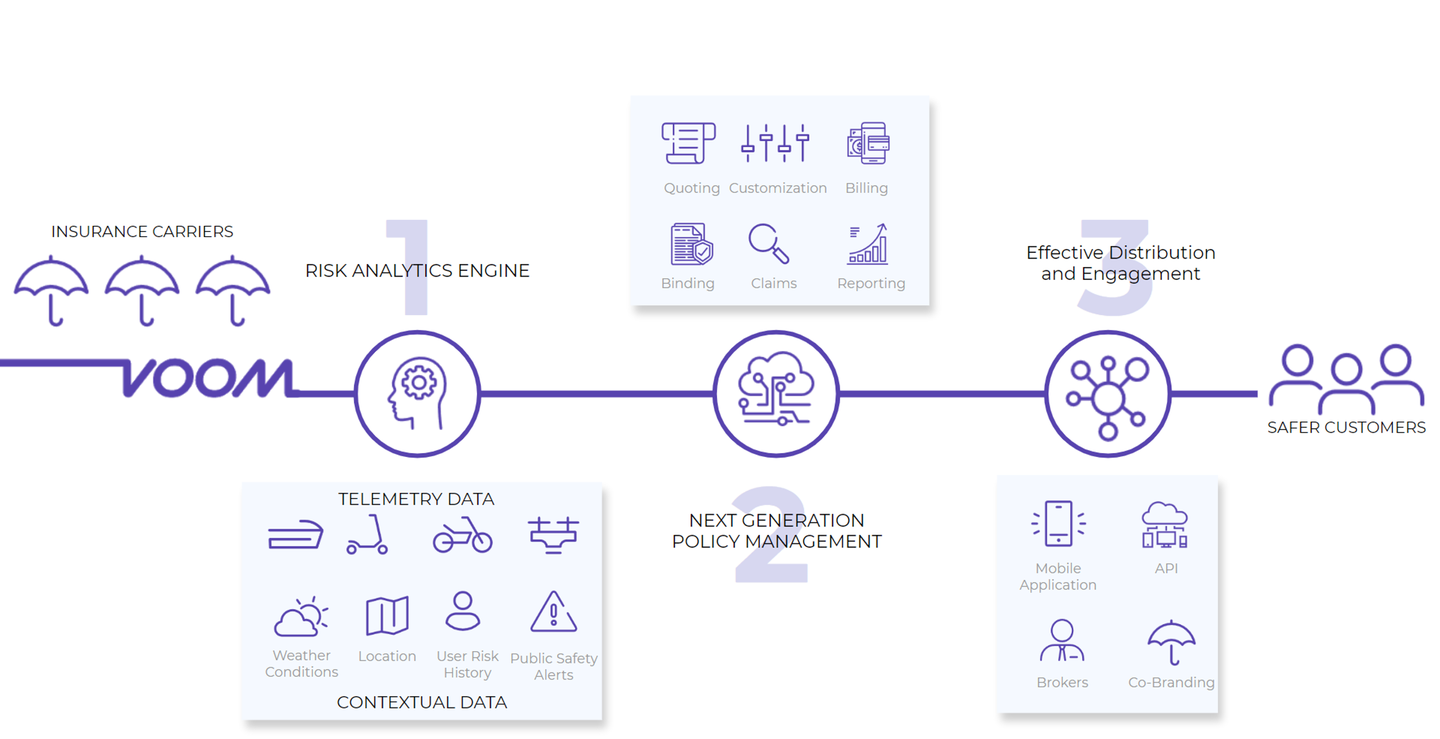 For all of their explosive growth, shared scooters and micromobility more broadly face some real challenges. Chief among these is the risk of injury, which is all but inevitable with any small, light vehicle that needs to interact with car traffic in some situations. Though several companies are experimenting with different technological approaches to the safety issue, one obvious solution seems to have been widely ignored: insurance.

That may be starting to change, thanks to an Israeli startup called Voom that has recently come out of stealth mode. Voom built its first product around commercial drone insurance, and now it's looking to bring its expertise in data-driven risk modeling to the world of micromobility. "Like drones, the e-scooter market is another emerging market where traditional insurance carriers are struggling to get a real understanding of how to underwrite it effectively," Voom CEO Tomer Kashi tells The Drive. "This is such an emergent risk that there is not enough data in the market to quantify it properly, and our approach is both data-driven and allows for on-demand insurance from one specialized mobility market to another."

Kashi's vision is that every time you book a scooter or ebike on an app like Bird or Lime, a pop-up would give you the opportunity to choose both personal injury and third-party liability insurance for your trip. By combining telemetry data from devices themselves with contextual map and location data, Voom analyzes risk for any given trip at a price that Kashi says would be pennies on each dollar of trip cost. Building on the techniques it's learned from drone insurance, Voom is able to derive risk models from relative limited amounts of data.

Voom doesn't actually underwrite insurance itself, instead building the data pipe and risk models that could connect an underwriter with a shared micromobility operator. That means it needs to make deals on both ends, with providers and underwriters, as well as fully building out and validating its own part of the puzzle before its micromobility insurance business model can prove itself in the real world. These are not inconsiderable challenges, but Kashi says they can be achieved by the end of this year. If he's right, one of micromobility's toughest challenges—and your future scooter rides—could become considerably less scary.