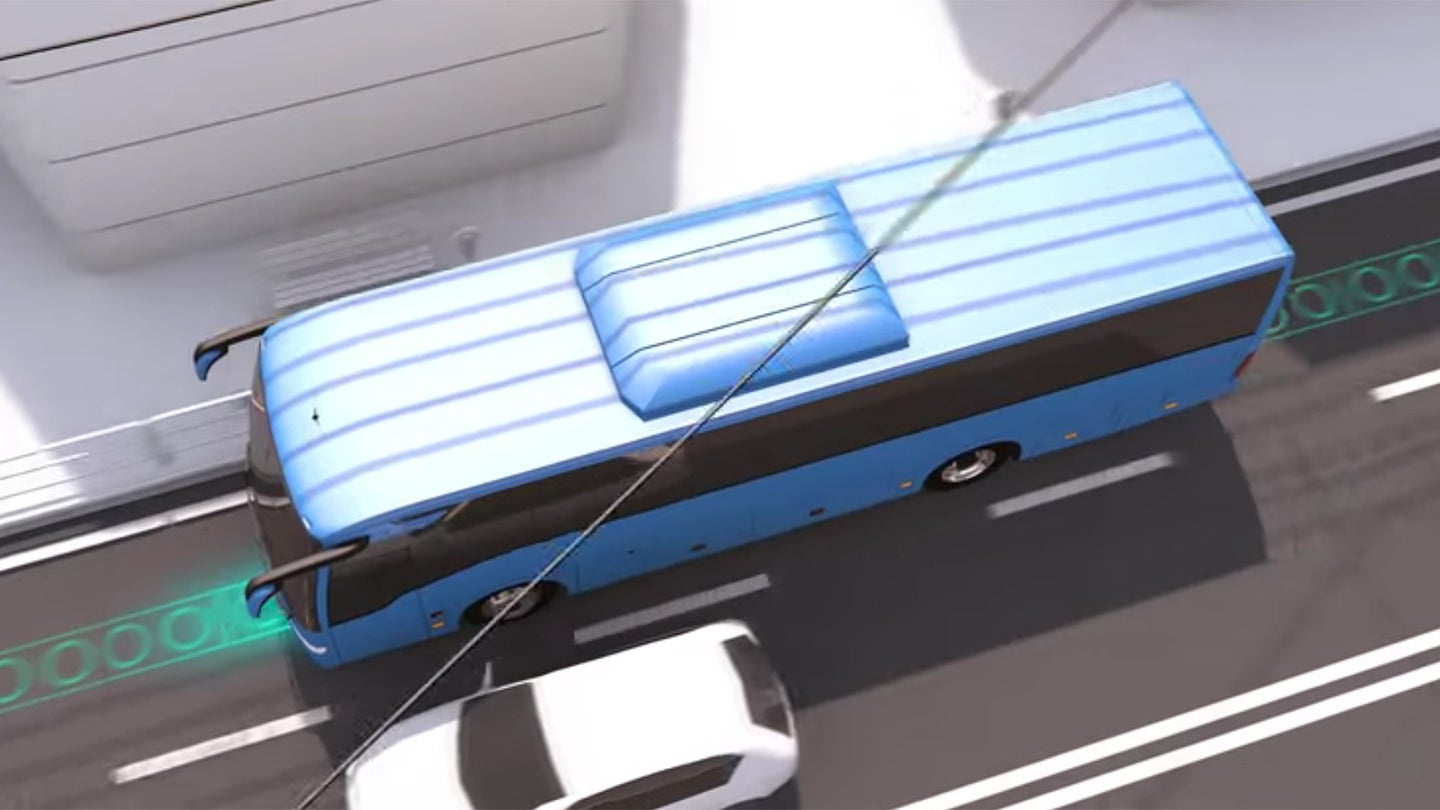 The Israeli government is teaming up with a local company to investigate how wireless charging could change mass transit—by installing a test bed in Tel Aviv that would recharge electric buses as they drive along their route.

According to Scientific American, as of now, Israeli-based ElectRoad (get it? Get it?) has so far only developed an 80-foot-long test track at its headquarters. With the help of the country's Ministry of Transport and Road Safety, however, ElectRoad will set out to outfit half a mile of a municipal bus route with its wireless charging tech, with the aim of having it operational by 2018. Should that work, the Israeli government will reportedly seek to broaden the technology's use to other places, like the 11-mile bus route from the Ramon International Airport to Eliat.

The idea of using electric roadways to wirelessly charge electric vehicles isn't new. Last week, Qualcomm tested a 100-meter-long stretch of wireless charging highway capable of powering up an electric car traveling at highway speeds; likewise, South Korea already has a few existing bus routes where vehicles are recharged wirelessly. But so far, the idea of scaling such wireless charging roadways up for large-scale use has widely been stymied by the massive costs involved. (Building a regular old concrete or asphalt highway is pricey enough; now imagine adding miles of heavy-duty wiring and giant magnets every few hundred feet.)

As ElectRoad co-founder and CEO Oren Ezer told Scientific American, however, once you clear that initial hurdle, the benefits can be reaped for a long time. “You only need to pave for the infrastructure one time, and that’s it. You can use it for all kinds of vehicles, so that’s a big advantage,” he said.