Reports claim 60 more people were injured Sunday morning and remain in treatment at nearby medical facilities. 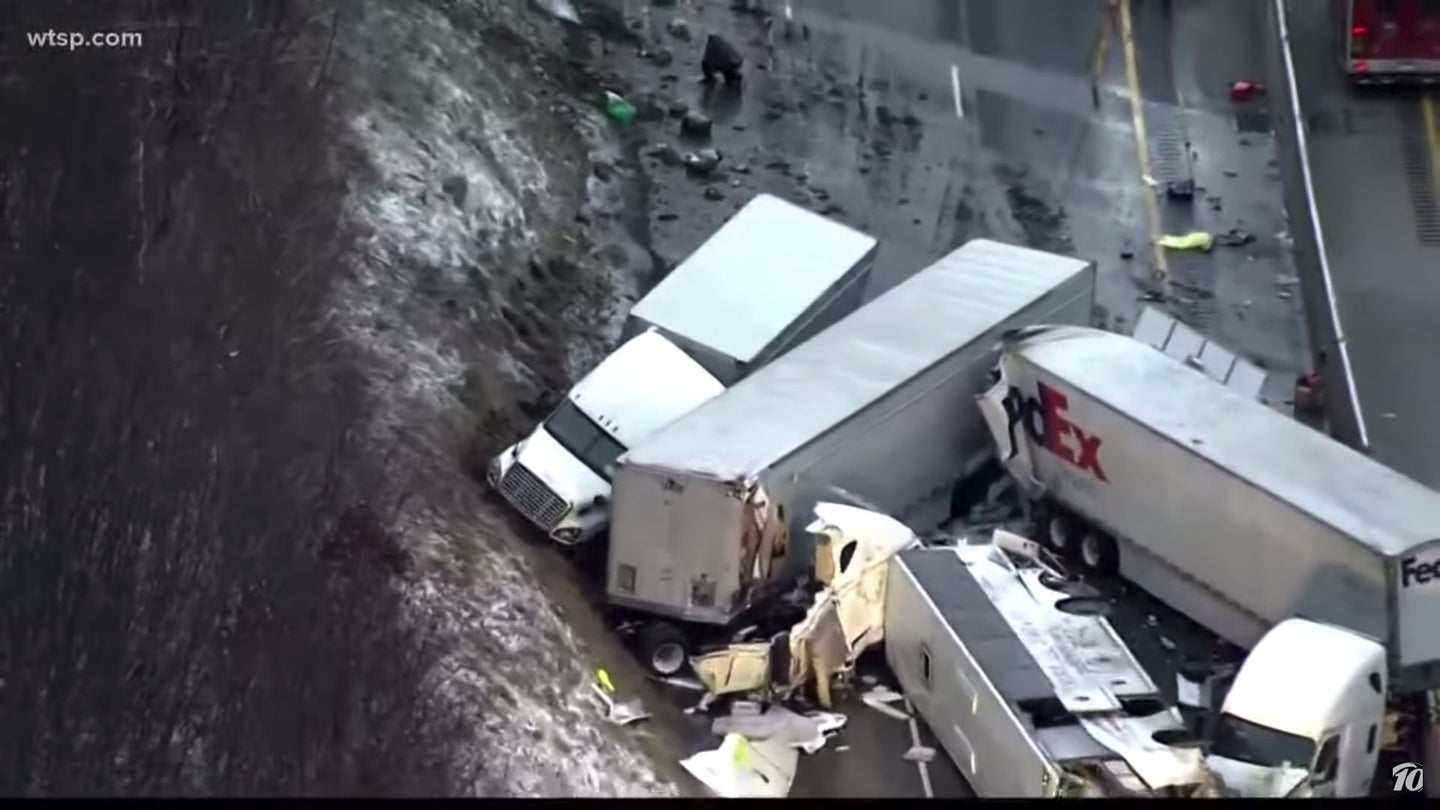 A deadly crash on the Pennsylvania Turnpike has taken the lives of five people and injured dozens more. Officials are still trying to determine the cause of the incident, which took place early Sunday morning on a downhill stretch of the roadway between Breezewood and New Stanton.

The Pennsylvania State Police say that the wreck was initiated when a tour bus struck an embankment while traveling around 3:30 a.m. Sunday. Semi-trucks traveling behind the bus then struck it, and a total of six vehicles were wrapped up in the wreck before all was said and done.

At present, there’s no word on the condition of those who remain hospitalized.

Angela Maynard, a truck driver from Kentucky, was traveling on the highway when she came upon the crash. “It was horrible,” she said as cited by Fox News. “I walked toward the scene and saw one of the truck drivers laying near the barrier. I tried to keep him occupied, keep him talking, until medical help arrived.” Maynard claims to have seen at least one person laying on the ground and another person trapped in their truck before rescue crews arrived.

A spokesman for the Pennsylvania Turnpike said the highway will experience a “prolonged closure," noting that all lanes are closed along a stretch of road 86 miles long between the towns of Breezewood and New Stanton. Officials don’t yet know if weather played a role in the crash, which has been the main cause of so many frightening accidents as of late. The National Transportation Safety Board (NTSB) has investigators on their way to the crash site, which saw light precipitation and air temperatures just below freezing early Sunday morning.