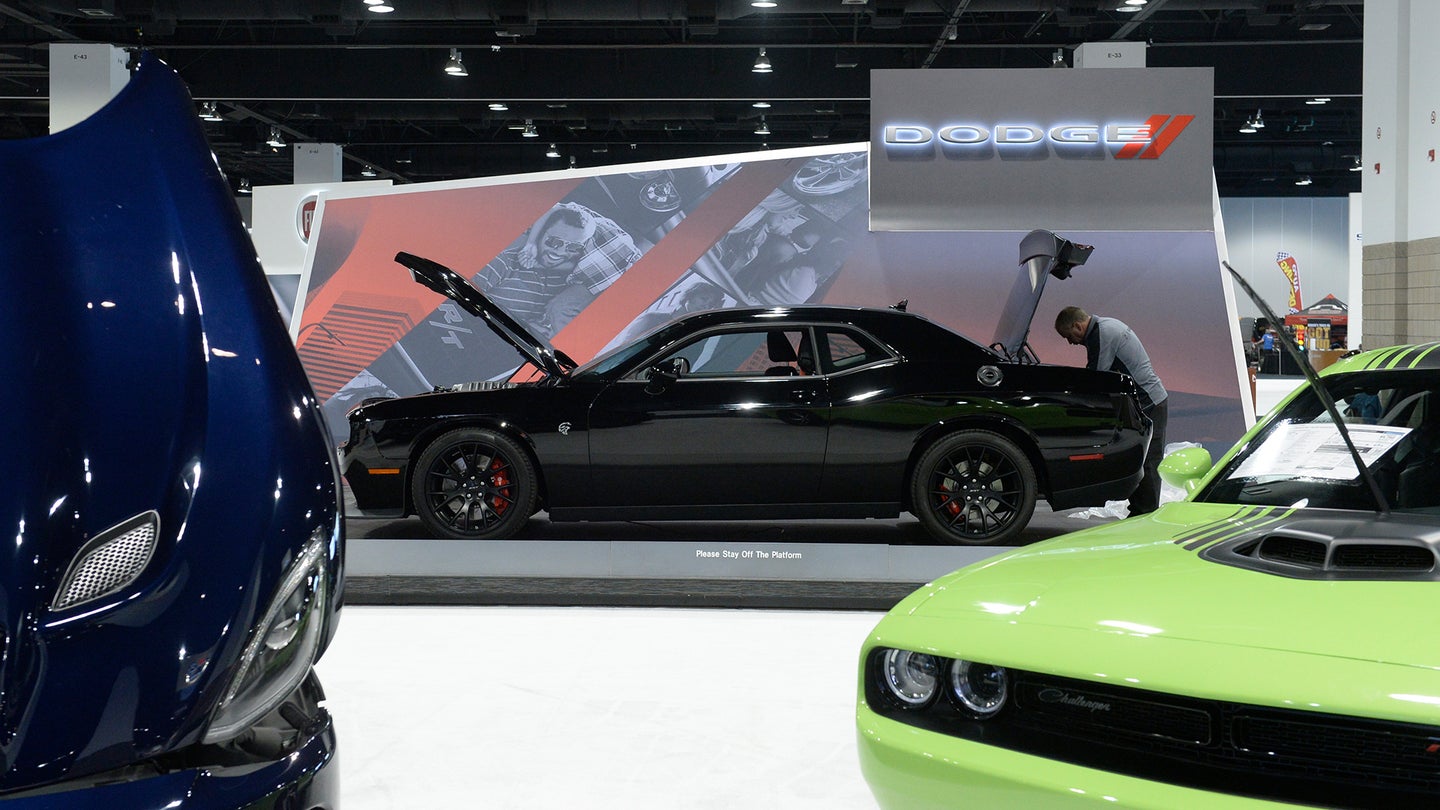 Vehicle auctions can be a man's best friend or an absolute nightmare depending on what you're hoping to find, but it's safe to say that a recent discovery in Lancaster County, Pennsylvania was neither one of those. On Thursday afternoon, police happened to stumble upon a man stuffed in the trunk of a Dodge Challenger Hellcat that was scheduled to run through the auction block, reports LNP.

Details on how the man ended up in the trunk are scarce, and the same applies to his identity and whereabouts. Police wouldn't identify the individual who was found stowed away inside of the car nor would they reveal the nature of his injuries, but it was mentioned that he was transported to a local hospital where he will be treated and is expected to be released.

When vehicles are brought to Manheim Auto Auction they go through an intake process called a "capture," which involves the inspection and documentation of the vehicle's condition before they're stored in one of the company's enormous lots. The Hellcat was being processed for auction duty when Darren Leeds, an employee of Manheim who works in the capture department, found the man stuffed into the back of the car.

"I opened the trunk to take a trunk picture and there was a guy in there," Leeds told local news, later adding that the individual "wasn't moving a whole lot."

Leeds ran to get the man water before police were called to the scene. Fortunately for the man, Manheim's inspection process likely saved his life before the car was sent to longer-term storage.

Although some Manheim locations sometimes offer vehicles up for public auction, it typically caters to wholesale customers with a valid dealer's license. Typically, cars end up on the company's auction block if they are repossessed, sold as part of a decommissioned fleet, or after they are traded-in to a dealership.

Authorities remain baffled on just how the man ended up in the trunk of the car and have opened an investigation to uncover more information. This is a developing story.