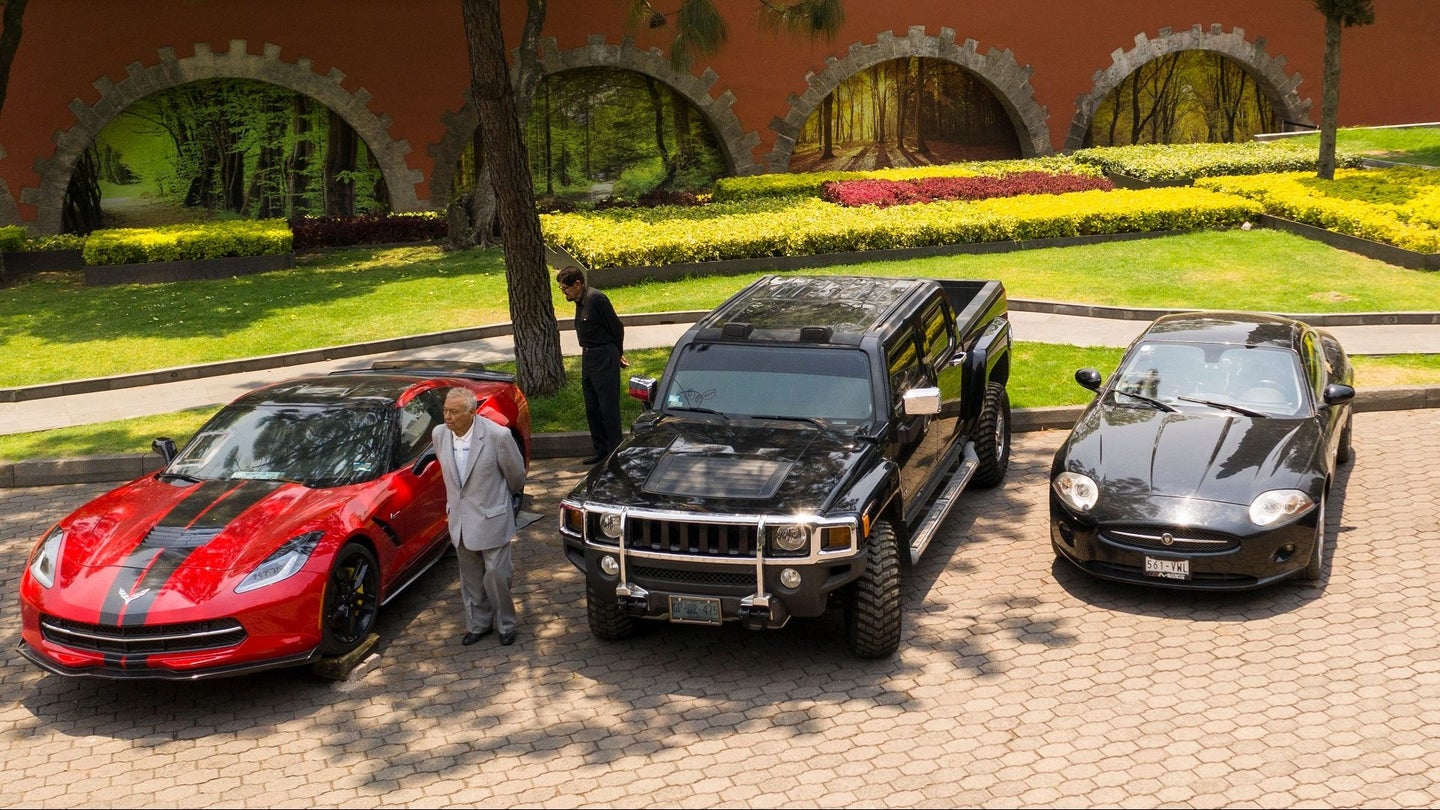 In a move that should temporarily restore your faith in humanity, the Mexican government will be auctioning off a total of 82 cars seized from the wealthy, corrupt, and criminal this weekend and giving the proceeds to the underprivileged. According to The Guardian, the cars were taken off the hands of "sticky-fingered politicians and mobsters" while the money raised will go towards "social programs and deprived communities."

"We invite everyone to take part," said Mexican President Andrés Manuel López Obrador. "Everything that is confiscated [from criminals] will be handed back to the communities, above all the country's poor communities."

Ricardo Rodríguez Vargas, director of the aptly-named Institute to Return Stolen Goods to the People, says the auction is a step in turning around Mexico's "reverse Robin Hood" system in which "things were taken away from the people and given to the corrupt." He adds, "Not anymore. Now, the order is to return these things to the people—who are the legitimate owners —in a quick, clear [and] transparent manner."

The auction will be held at Los Pinos in Mexico City, a former presidential residence building that's recently been repurposed as a public cultural center. What's more, similar auctions pawning off seized luxury homes and jewelry are set to happen sometime in the next several weeks.

The Coolest Cars and Trucks Headed to 2019 Mecum Auction Indianapolis

Exotic Porsches, drool-worthy muscle cars, and sexy pickup trucks—there will be something for everyone in Indy.