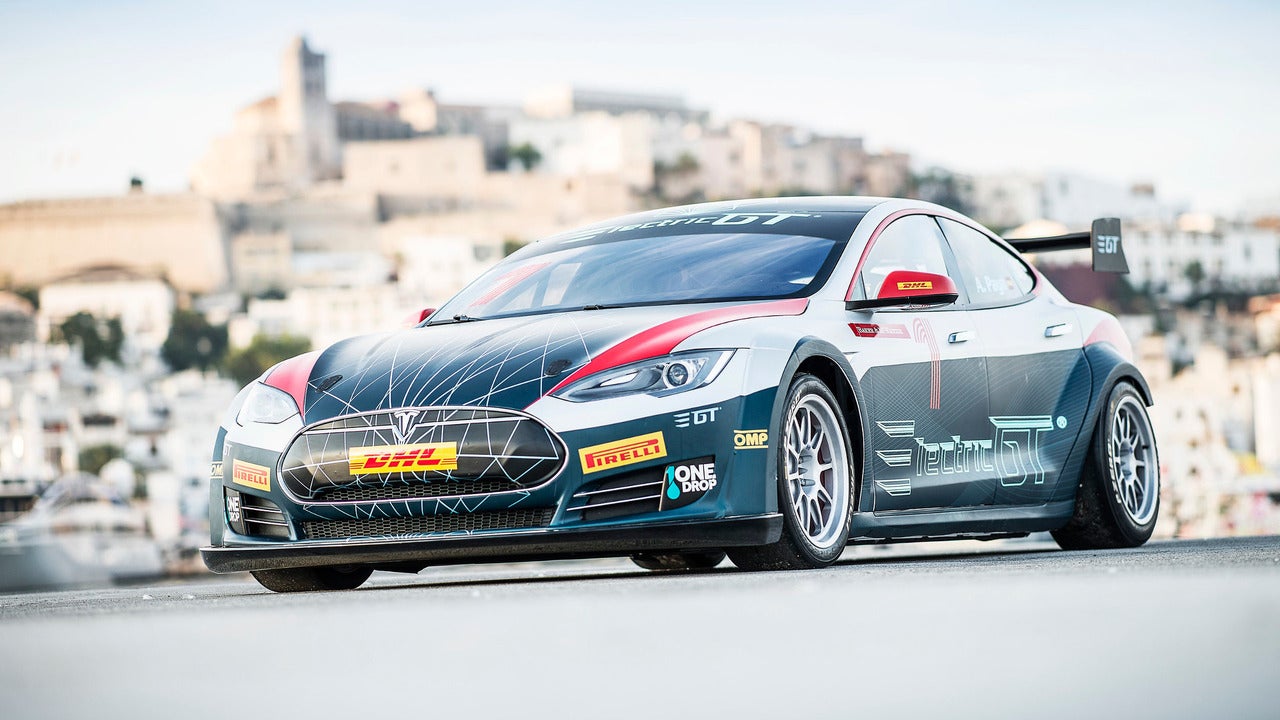 With Formula E on the cusp of becoming what appears to be a sustainable racing series, things are looking up for another all-electric series motorsport. Enthusiasts seem to be changing their views on the viability of EVs on track, which is leading to more developments in EV racing technology. The Electric GT Championship is a spec series that pits drivers against each other in Tesla Model S P100D racers outfitted with wider fenders, proper wings, and other aero pieces. The series is in its infancy, and now, they've scheduled their first race at Circuit Paul Ricard for November 25 and 26.

The event will be a double header, providing the crowd with plenty of racing to get things started. Both days will consist of practice sessions, qualifying laps, and two rounds of racing around the track, adding up to 68 laps around the 2.39 mile circuit. Along with the track action, the EGT will also host festivities to educate fans on the future of electric cars and their advantages in both real world and race applications, a similar tactic that Formula E practices as well.

As for the cars, they're legitimately quick. Of course we knew that since they're based on the Model S P100D, but they have taken the road car and tweaked them extensively. All cars in the series have shed 1,100 pounds from the standard version, catapulting them from 0-60 MPH in 2.1 seconds. Race suspension and brakes have also been fitted to the car, helping the Tesla to handle like the real racer it is. Fixed aerodynamics provide the EGT cars with 122 pounds of downforce upfront and 203 pounds in the rear, making things a bit stickier as well.

After the race at Paul Ricard, the series will continue in 2018 across other European venues. They'll travel to Portugal, Italy, Germany, Belgium, Netherlands, and Spain over the course of the year, showing their fresh face to as many people as possible.

Come back for coverage of the events as we follow them throughout the season.