This mint green widebody sounds as good as it looks. 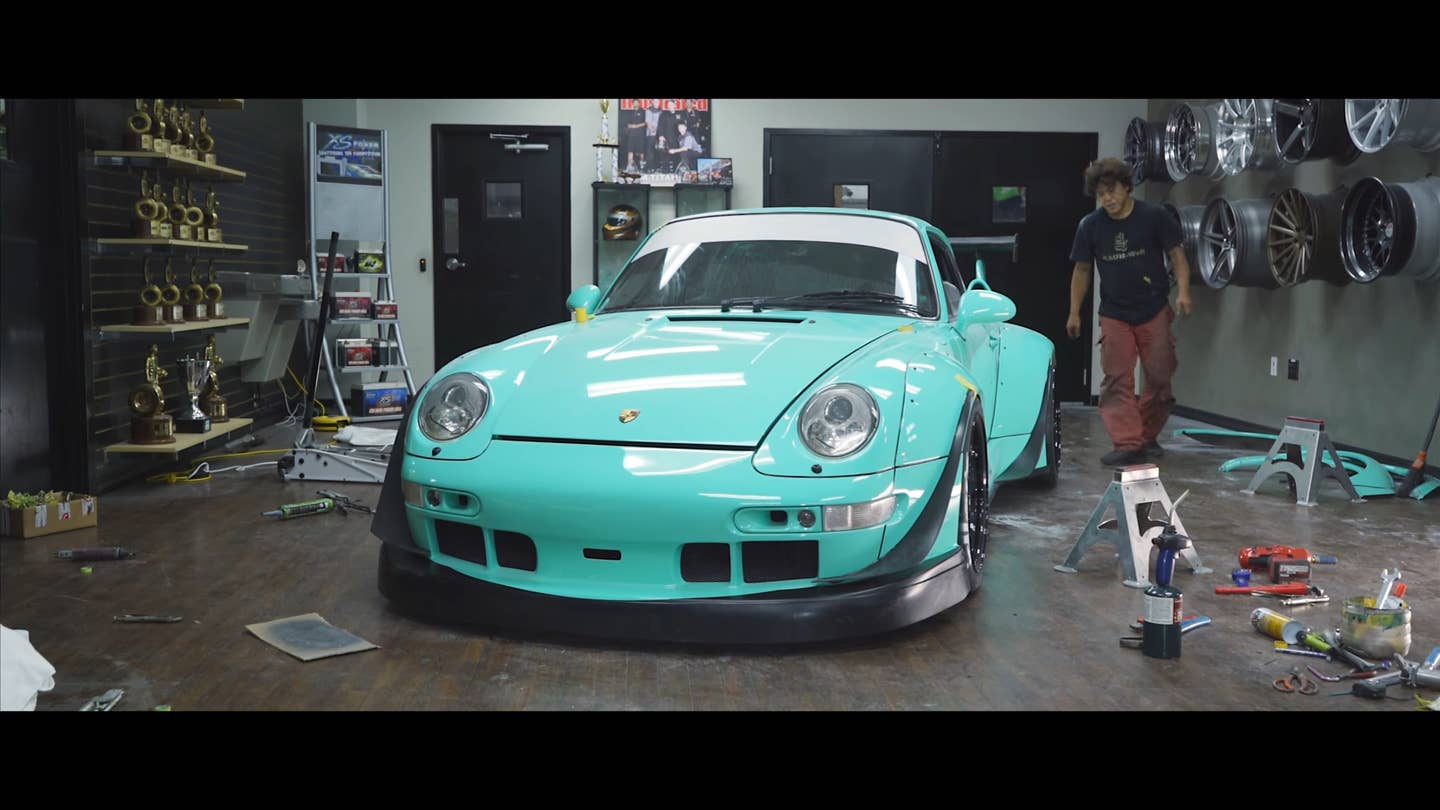 It's hard to not get excited when a new RWB is built. Anything with a body that wide is going to grab my attention for sure. Combine a 993 GT2-inspired widebody kit with a great color, some nice wheels, and an exhaust that sounds as good as this one, and I'm down for the count. This whole build was filmed in gorgeous 4K, and deserves to be watched on a big screen. When you're done here, go pull this video up on your big screen, I guarantee you won't regret it. Regardless of how you feel about Akira Nakai and his creations, you're bound to appreciate the gorgeous shots and sweeping slow-motions in this short film. The team at Krispy Media claims to have shot over 2 terabytes of footage over the course of this build, and it appears to have paid off. This is an entertaining and beautiful video that you should check out if you're a Porsche fanatic.

The installation itself was completed by Nakai-san at Titan Motorsports in Orlando, Florida, and the car is about as Florida as it gets. This is an ostentatious color on an already ostentatious car, making it the perfect car for cruising around a loud and shouty city like Orlando. The end of the video shows the car driving around a bit after the bodywork was completed, and the team cruises to a car show, where Nakai meets and greets with local enthusiasts. There is one excellent shot where a young girl doesn't really know what to make of Nakai, shooting him an odd look as he waves at her. That particular shot was brilliant, as it perfectly encapsulates Akira and his relationship to the car world in general. Even if people look at his builds with an air of incredulousness, he'll just smile and wave, doing his own thing.

A rare chance to see the famed body work master in action.