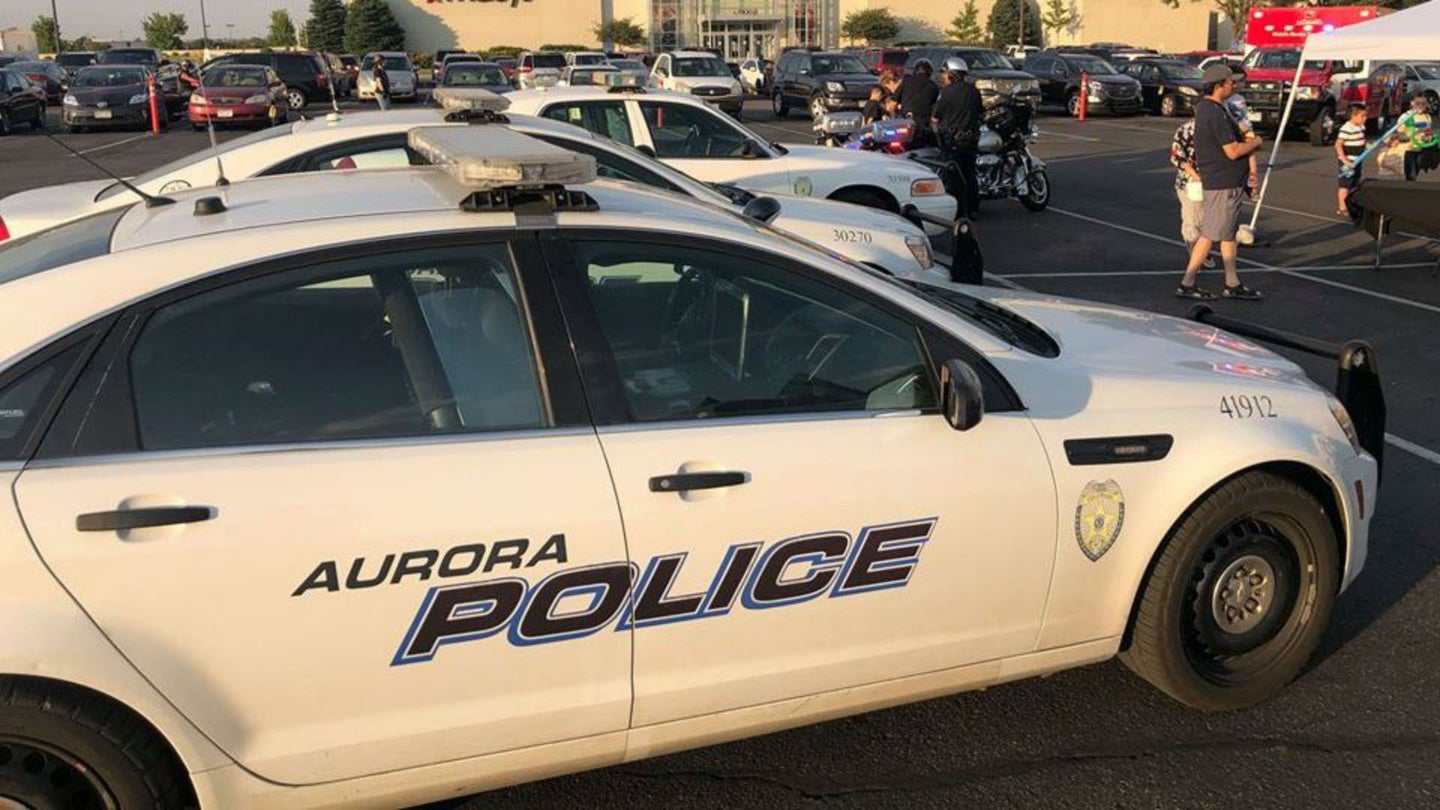 Recently, a Colorado police officer reportedly faced almost no repercussions for drinking on the job before passing out in his patrol car while armed with the vehicle in gear.

According to a report from Denver's CBS 4, 48-year-old Officer Nate Meier of the Aurora Police Department admitted in an internal affair summary to driving home on March 29 while "still on duty" to drink "vodka from a bottle." Officer Meier then returned to patrol while "impaired by the alcohol," and claimed to have "no recollections of anything else until [I] woke up in the hospital."

Between leaving his home and waking up in the hospital, Officer Meier reportedly drove his unmarked police cruiser to a road near Buckley Air Force Base, where he stopped the cruiser before passing out, with the vehicle reportedly in gear. Two passersby spotted the stationary, running police vehicle, and received no response after tapping on the glass. They reportedly called 911 at 3:44 p.m. to report the unconscious officer, who was in uniform, on duty, and armed.

The fire department reportedly broke out the window of Officer Meier's cruiser to extract him from the vehicle, and his fellow APD officers "reported smelling the odor of an unknown alcoholic beverage." Tests reportedly revealed Meier's blood-alcohol content to be more than five times Colorado's legal limit for driving under the influence (DUI) of 0.08 percent, meaning his BAC scored at least 0.40. The University of Notre Dame warns that this level of intoxication can put a drinker into a coma and can ultimately be fatal.

While Officer Meier received internal reprimands and was allegedly demoted, he has reportedly not been charged with DUI or similar charges in Colorado's court system.

"It wasn’t clear what was going on with him," said an APD spokesperson, who speculated that Officer Meier was having a stroke or diabetic episode, despite internal documents reportedly indicating otherwise. "He had an unknown medical condition."

Per CBS 4, Meier noted in his 2001 APD job application that he had worked previously as an officer at the Greeley Police Department and University of North Colorado Police Department. He reportedly indicated that he had been fired by a previous employer, investigated for improper conduct or illegal activities, had been convicted of a misdemeanor, and had engaged in "undetected theft of goods or property."