Is this the future of police pursuits? 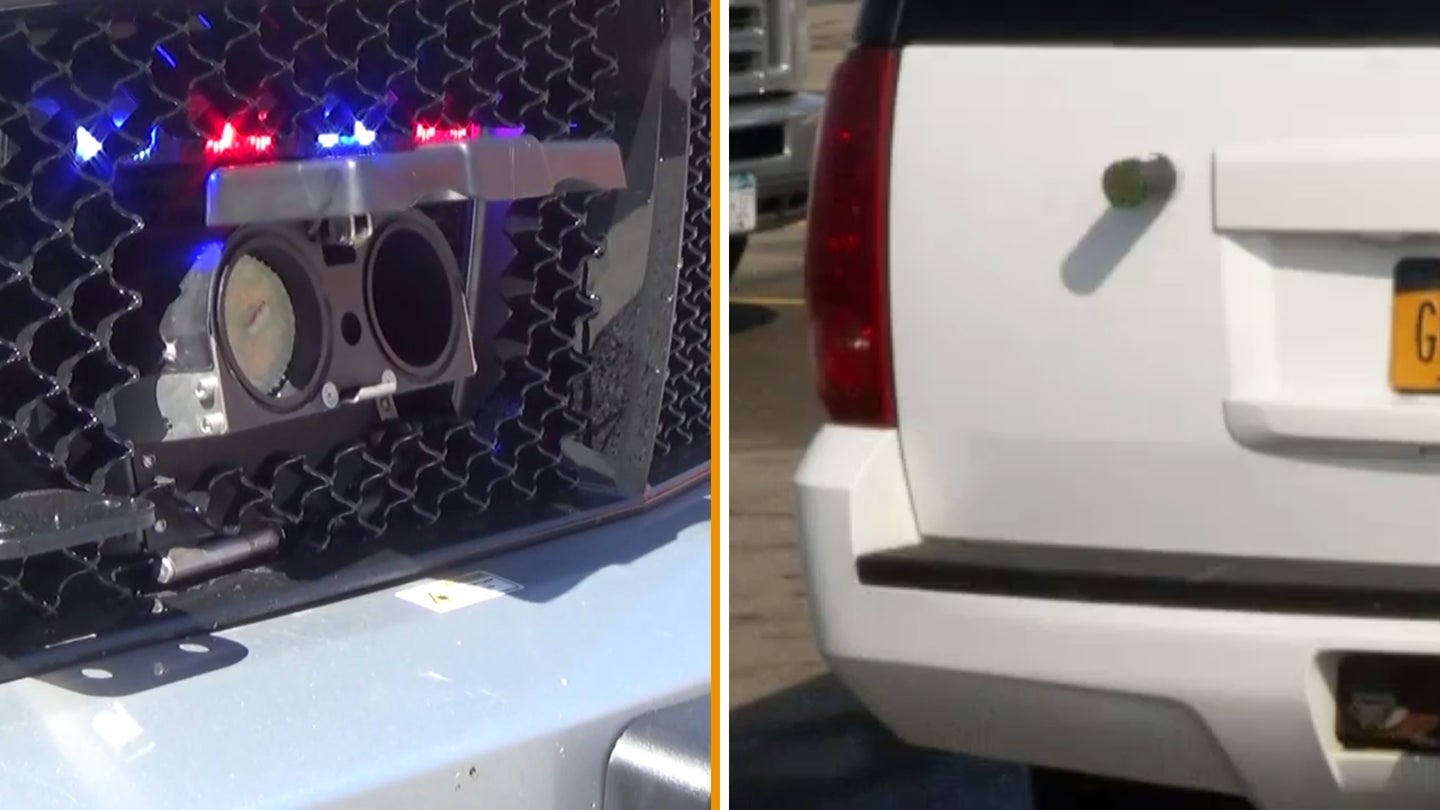 We're not in a Minority Report-style future yet where police can stop every crime before it occurs, but today's officers do have a lot of advantages their predecessors never could have imagined. Case in point: On Monday, a deputy with the Lucas County Sheriff's Office in Ohio used a grille-mounted GPS dart gun to tag an armed suspect's car, allowing officers to break off the pursuit and safely track his location before moving in for an arrest.

WTOL News reports a deputy spotted John Bartlett rummaging through a dumpster outside a business in Toldeo, Ohio on Monday night and asked him to leave. Bartlett allegedly responded by pulling out a gun and jumping in his car to flee. As he drove off, the deputy got back in his cruiser and followed him just long enough to line up a shot and deploy the tracking dart.

The system worked, and Lucas County officers were able to update nearby departments on the suspect's speed and location. They in turn positioned roadblocks accordingly and eventually managed to disable his car with some surgically-placed stop sticks. A long and potentially dangerous pursuit was avoided.

The GPS dart rig is made by a company called StarChase, and Captain Matt Lettke told WTOL News the force received a grant to outfit five of their cruisers with the technology last year. Monday's case was the first time one of their officers has had a chance to deploy one, but he hopes the successful outcome will free up more money to kit out the rest of their vehicles.

According to the StarChase website, the system works by using compressed air to launch the dart, which in turn sticks to the back of the target car with what appears to be a special adhesive tip and a soft foam cushion (probably to minimize the chance of it bouncing off). Based on their demonstration videos, it looks to have a range of about 20 feet.

We've always heard that there are no magic bullets when it comes to fighting crime, but this comes awfully close.