Ford Wants to Add Biometric Sensors to Its Cars

Move over Minority Report—Ford CEO Mark Field’s got some ideas. 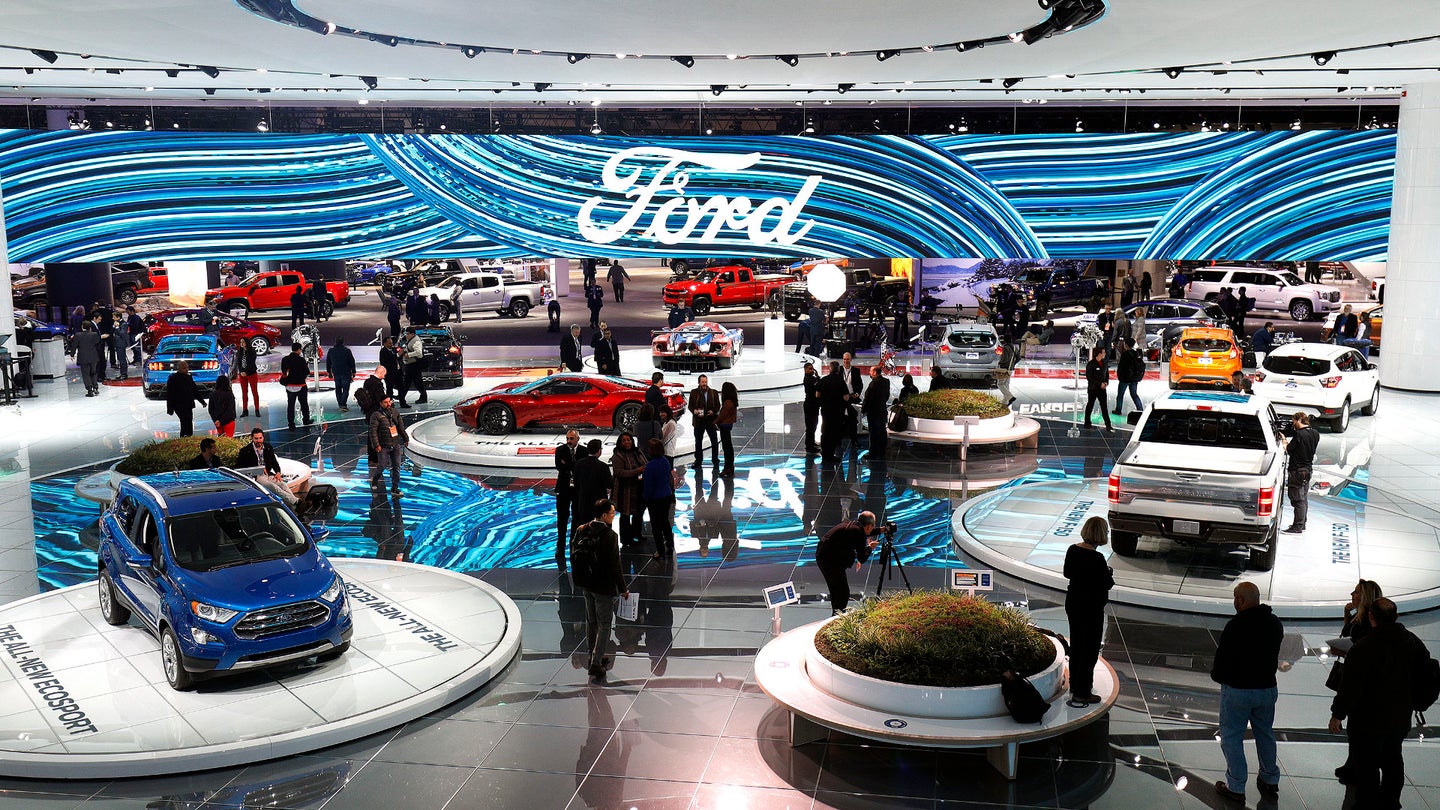 For a lot of people, the first sign of the arrival of a mythical "future," where the incremental changes taking place around us every day finally add up to flying cars and interstellar travel, will be the widespread introduction of biometric sensors that replace everything from house keys to ID cards. Though some businesses and communities are already experimenting with this technology, it's going to be some time before we're being served personalized ads in public spaces and getting eye transplants to avoid Johnny Law. But according to a report in Fortune, Ford CEO Mark Fields has plans to turn your Fusion into a PreCog a lot sooner than that.

All right, not exactly. But what was revealed at Fortune's Brainstorm Health conference on Wednesday is that Ford has reached out to Flex, the makers of the biometric sensors found in everything from FitBits to Apple products to hospital monitors, to investigate ways to bring that technology to its cars and trucks. The goal? Creating a stopgap of sorts between the promised accident-free autonomous future and the current state where cars can't quite save drivers from themselves yet.

"The reason [Fields] was interested in medical is because he recognizes that there's biometric sensors that can actually go into a car, and those sensors can read a person’s biological makeup and understand whether the person is falling sleep at the wheel or not," Flex Chief Marketing Officer Michael Mendenhall told Fortune. "And the car would actually respond."

While a car tracking your vital signs to judge your competency (and possibly take control) might seem like yet another invasion of privacy in the name of progress, there are a lot of useful applications for this kind of technology. Think about all the stories of accidents caused by genuine medical emergencies, like a seizure or a heart attack—biometric sensors can easily detect those events, and it's not a stretch to imagine pairing that ability with some sort of semi-autonomous emergency braking and pull-over maneuver to prevent a crash.

Fortune also points out how carbon dioxide sensors could help prevent hot car deaths by sending an alert to a driver's smartphone if a child or pet is left behind. Last year, Ford announced several initiatives to begin connecting their cars with the vitals tracking data from smartwatches and fitness bracelets, but skipping the wearable middle man and integrating the sensors into their cars directly would increase the range of possible applications tenfold.

No word on that retina-scanning keyless entry system they patented in 2015, though.

Fingerprinting or iris-scanning may be the ticketing of the future, according to a group representing Britain’s passenger-train industry.