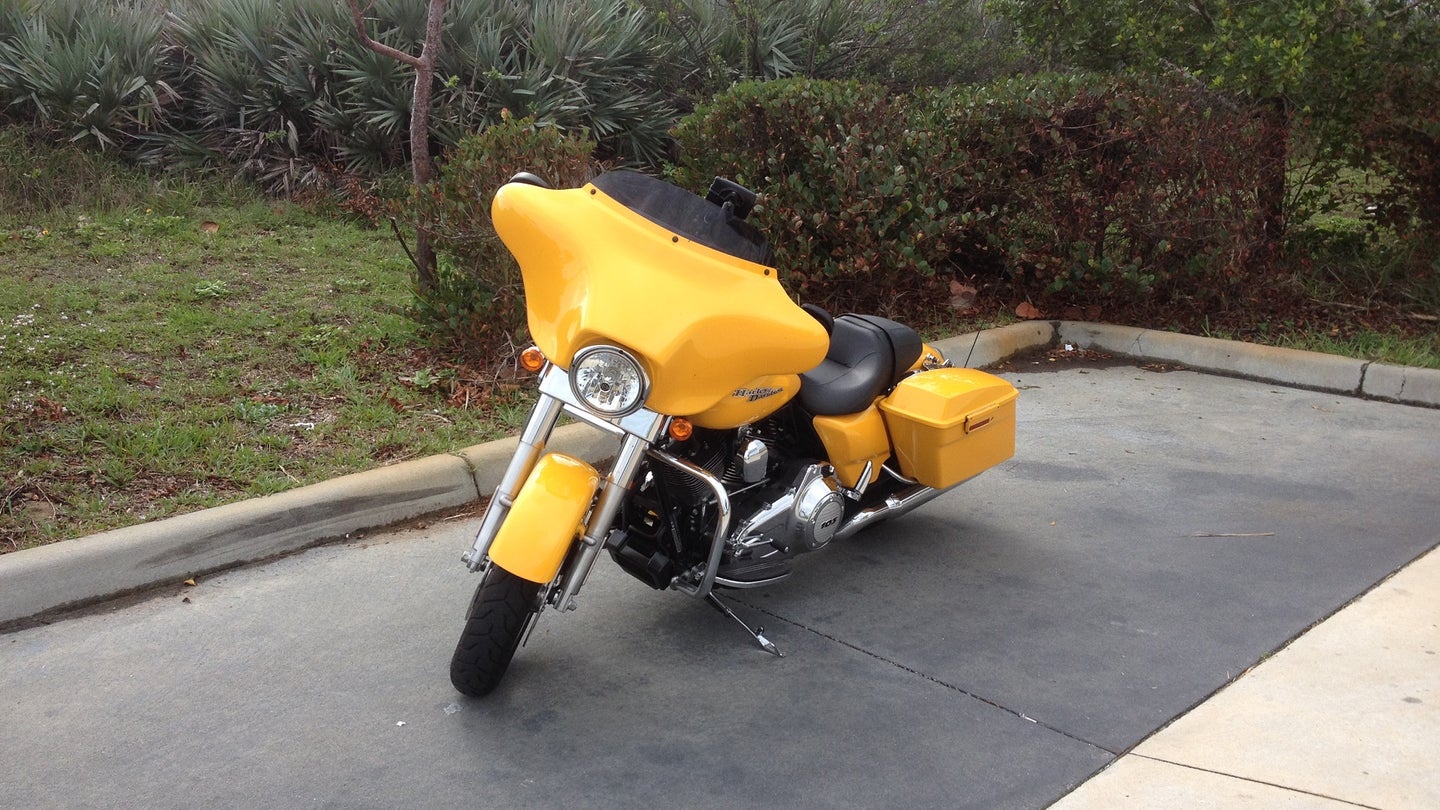 Go ahead. Make the jokes about Harleys and oil leaks. I'll wait. Now that we have that out of the way, this particular recall is no laughing matter. Today Harley-Davidson announced a recall of 46,000 late model motorcycles in the U.S. for improperly installed clamps on oil cooler lines. These could allow the line to come loose and spray oil on the back tire, potentially causing a crash. Affected models include variants of the 2017 Electra Glide, Road King, Road Glide, and Street Glide motorcycles built between July 2, 2016 and May 9, 2017.

Modern Harleys aren't as unreliable as their older counterparts. With fuel injection and other modern amenities, they are a far cry from the Harleys of old that leaked oil on purpose. Yet an American made vehicle, and a Harley in particular, getting recalled for leaking oil due to a manufacturing error, evokes many negative stereotypes. The affected models are among their best selling bikes. The Street Glide, in particular, is Harley's top selling model according to the sales representative I spoke with last month.

This is not the first recall Harley-Davidson has had this year. The Motley Fool reported the sudden shutdown of their York, PA factory in January due to "a critical malfunction of a clutch assembly." Last summer they recalled 27,000 bikes for a clutch master cylinder problem. And in 2015 Harley issued a recall the very same models affected by the new recall, though for earlier versions than the ones affected by the latest recall.

Any modern vehicle can undergo a recall. And in fairness, Harley is not the only American motorcycle manufacturer with recall issues. The Motley Fool also reported that rival Indian recalled 24,000 Chief Classic, Chieftain, Roadmaster, and Springfield models for potential fuel leaks. But at a time when the government is focusing so much on growing U.S. manufacturing, it doesn't look good for our American motorcycle manufacturers to be having these problems.

But the president and the Harley bigwigs are sitting down in D.C., not Milwaukee.