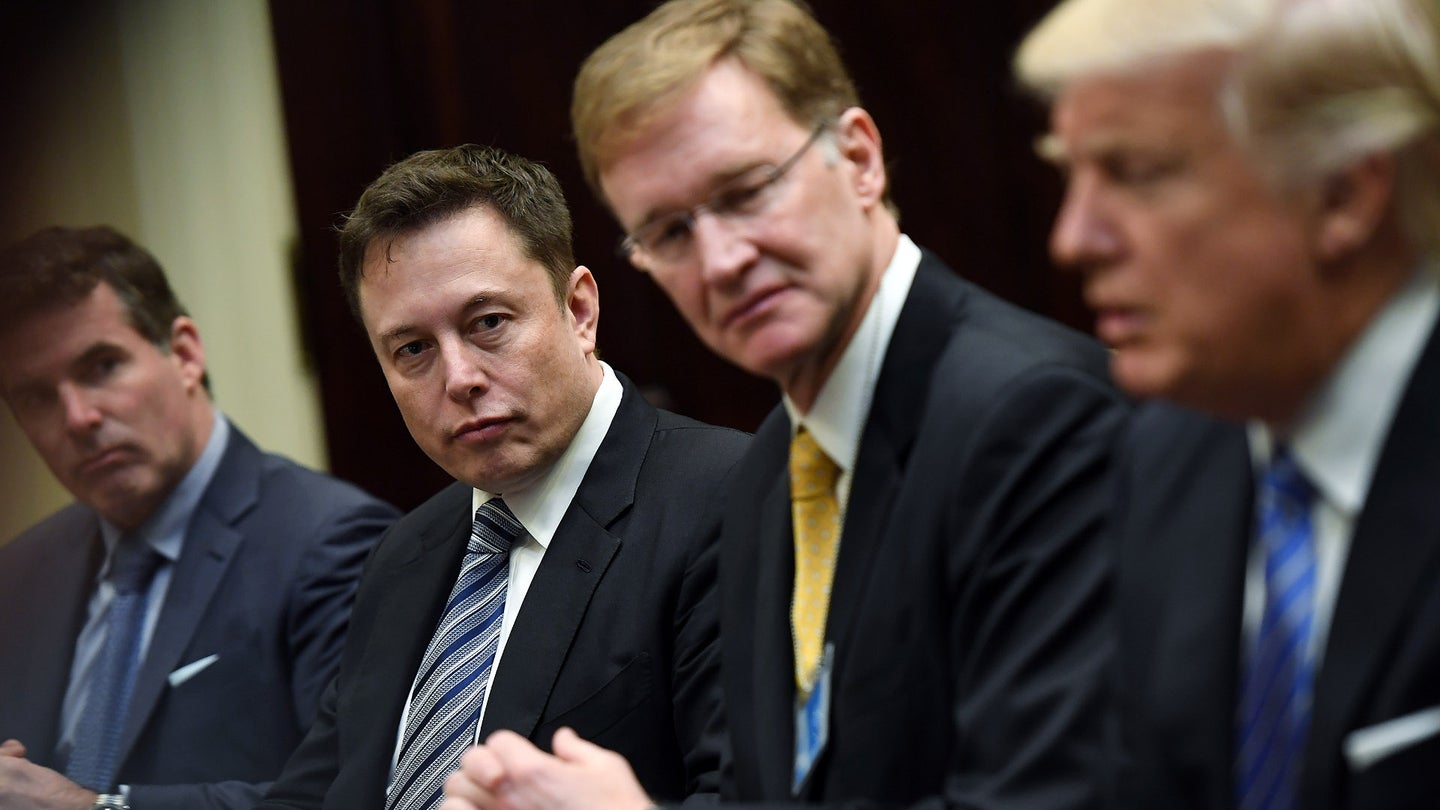 Tesla and SpaceX CEO Elon Musk made good on his promise yesterday and announced he is quitting two of President Donald Trump's business advisory councils in the wake of the administration's decision to withdraw the United States from the historic Paris climate agreement that binds nations together in a pledge to reduce carbon emissions and tackle climate change.

Musk previously tweeted on Wednesday that he'd "done all [he] can" to try and convince President Trump to remain in the accord, which has been approved by 194 other countries; only Syria, Nicaragua, and now, the United States—the world's second-largest polluter—have declined to participate. Within an hour of Trump announcing his decision, Musk tweeted that he was done trying to work with the President:

Musk was one of 18 CEOs and business leaders on Trump's main business advisory council; he also participated in the administration's American manufacturing initiative. This is not an empty move on his part—SpaceX depends largely on government contracts to fund its operations, including a $1.6 billion deal with NASA to handle supply missions to the International Space Station.

When Uber CEO Travis Kalanick resigned from the very same council amid outcry over Trump's travel ban targeting Muslim-majority countries in February, Musk expressed his strong disagreement with the administration's policy—but decided to remain despite a public advertising campaign pressuring him to leave.

But with Tesla's green mission running headlong into a political brick wall, it appears that Musk saw no choice but to find another path. And he won't be alone—dozens of other major CEOs have criticized Trump's decision and vowed to keep working to fight climate change on their own, including Disney CEO Bob Iger, who also announced his plans to resign from the council.