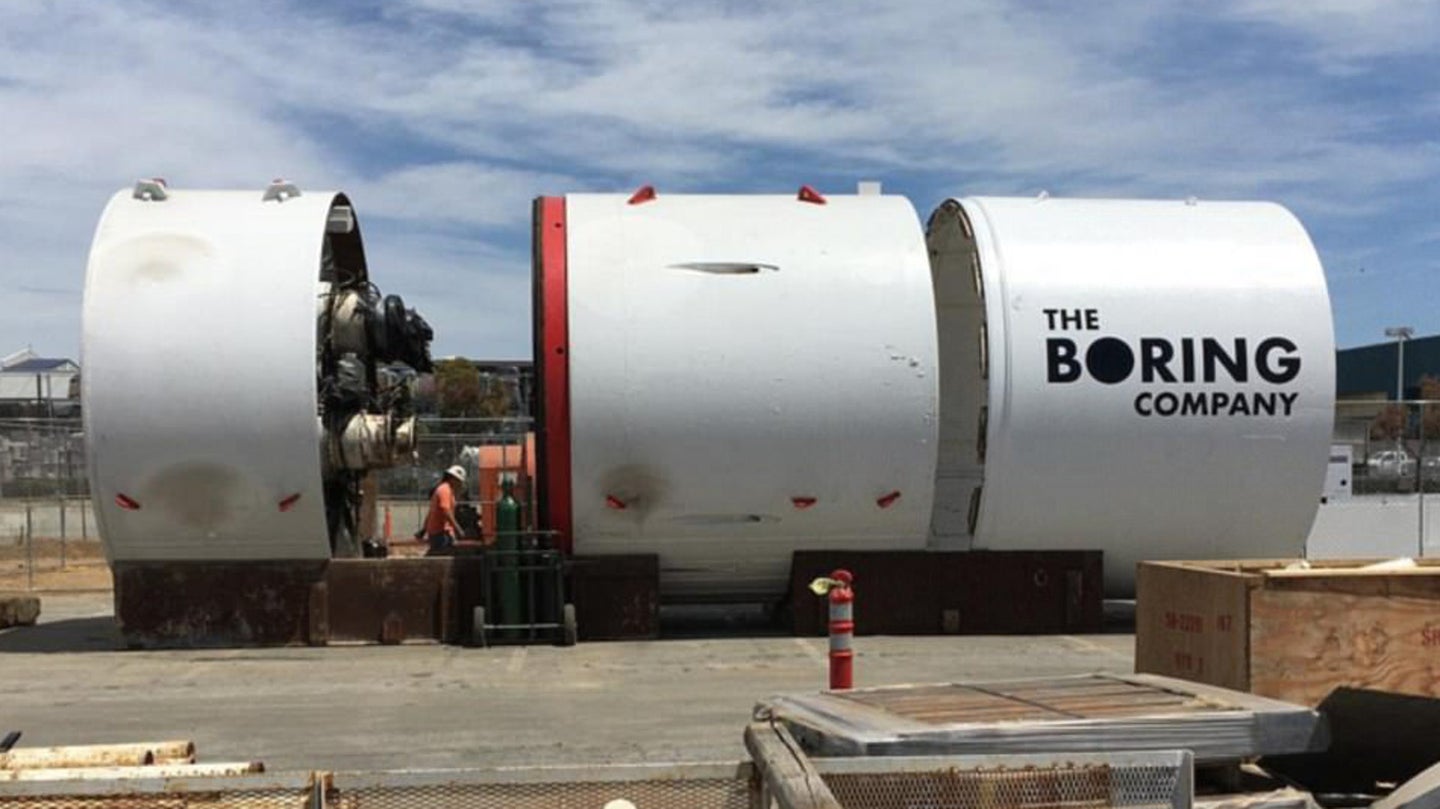 Tesla and SpaceX CEO Elon Musk raised a lot of eyebrows last year when he announced the creation of a tunnel-boring company with the aim of defeating Los Angeles gridlock once and for all. And even if officials in his own backyard are among the many skeptics, it appears Musk may have found fertile ground for The Boring Company smack dab in the middle of the country—Chicago.

The idea of a high-speed rail link between Chicago's O'Hare Airport and its highly-trafficked downtown has been kicked around for decades. But Mayor Rahm Emanuel made waves last night when he revealed to a group of reporters that the city has held "preliminary" talks with Musk over taking on the project, going so far as to dispatch a team to California to check out Musk's fancy new tunnel digging machine. In turn, engineers with The Boring Company will be visiting Chicago in the near future to study the area and assess the feasibility of the whole venture.

It's far from a done deal—city officials are also considering implementing double-decker train cars on an existing CTA line or building a traditional above-ground railway, but it's a much warmer reception than Musk found in the Los Angeles area, where one city manager called the plan for a network of underground tunnels an "absurd pipe dream." It probably helps that Chicago is considering a plain old train tunnel, rather than the futuristic transportation system he previously outlined involving car elevators and open-topped sleds to haul around you and your Tesla. Also, fewer earthquakes.

Chicago is also a place that loves a good tunnel. Unless you live there, or you're an infrastructure nerd like us, you may not be familiar with the city's Deep Tunnel project, which is not a Michael Crichton novel but rather one of the largest civil engineering undertakings in history. Forty years in the making, it's a $4 billion flood and wastewater management system that drains polluted runoff away from Lake Michigan through 109 miles of train-sized tunnels bored through solid rock leading to gigantic holding reservoirs.

So why even hint at The Boring Company's involvement, when any tunneling company would probably do? With few details on funding for the mammoth undertaking, it's possible Mayor Emanuel's administration is hoping Musk's fledgling operation could undercut the competition in price, not to mention the free publicity and image boost that would come with having such a big-name partner.

Either way, we'll find out soon enough. Chicago officials plan to put the project out for bids by the end of the year.

So he has that going for him, which is nice.