Someone Just Paid $6,000 for the Rights to 'MCLAREN' Colorado License Plate

Car enthusiasts also dropped a pretty penny on "GTI," "BUGATTI," "Z06," and other vanity plates in an auction benefiting charity. 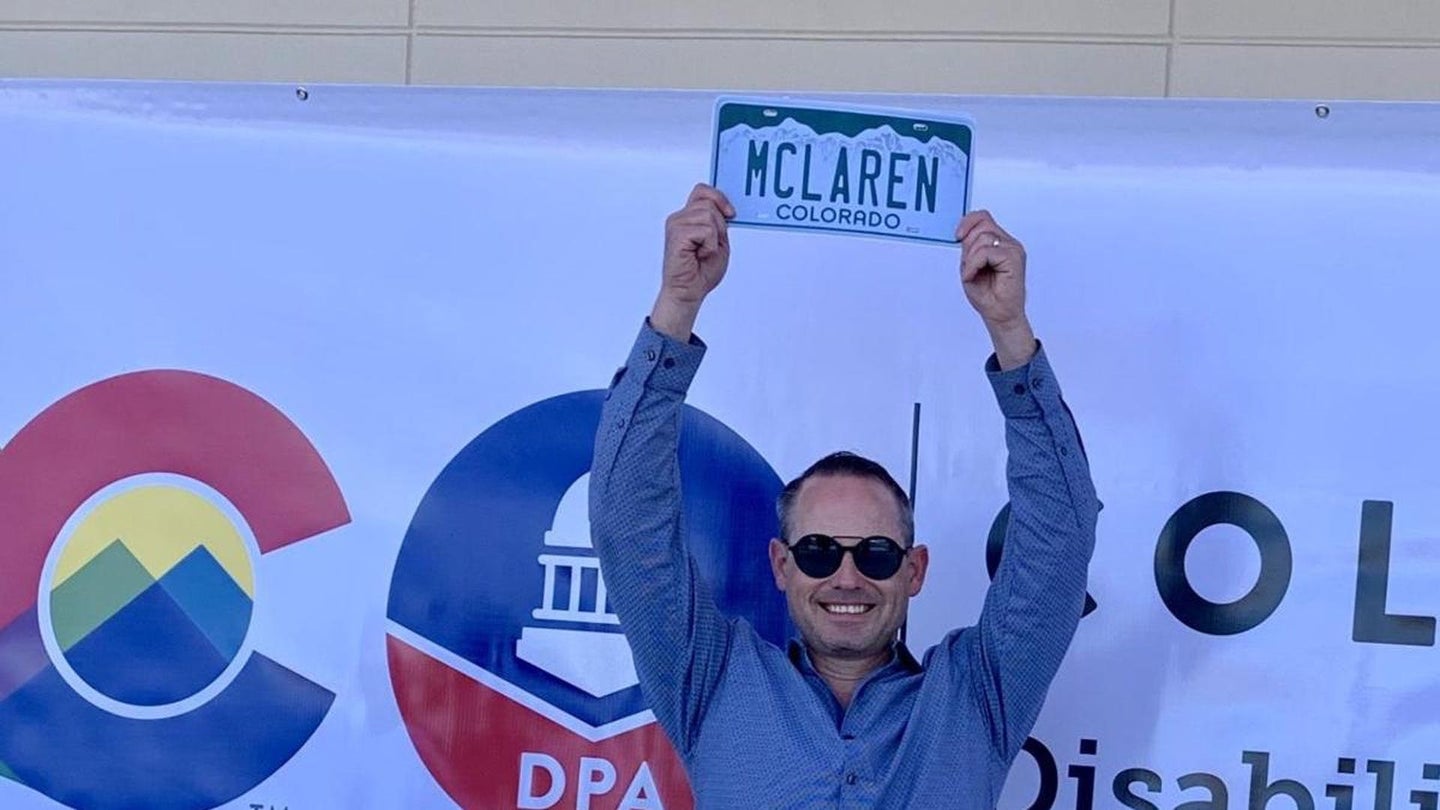 A charity auction held in Parker, Colorado last weekend raised almost $24,000 for charity disability programs via the sale of more than two dozen personalized license plates, one of which went for $6,000 on its own.

According to The Denver Post, an unidentified Colorado resident paid $6,000 (or more than a quarter of the $23,540 raised) for the rights to a plate reading "MCLAREN." The McLaren-themed vanity plate was the most expensive one to sell at the auction, which was run by the Colorado Disability Funding Committee (CDFC).

MCLAREN was one of five plates sold at a live event, which took place at the Vehicle Vault car museum. The other four included "C8," "M3," "911," and "BENTLEY," which went for $3,500 according to Colorado Politics. A further 20 plates were sold off online, most of them also reference cars or car culture, though a handful—such as "0O0O0O0"—were more novelty plates than anything. The most-contested among them was "ITSFAST," with a bidding war that climbed to $4,005 after 95 bids. We've listed the rest of the plates sold below in alphabetical order.

While M3 and MCLAREN were sold off in person, plates for more costly vehicles (M5, BUGATTI) were auctioned online. The odds that they've fallen into the hands of people who own either a 530i or a conspicuously modified Mercury Cougar are probably pretty strong, though sadly, we have no way of knowing which vehicles these will be registered to.

Only the sale price for the MCLAREN plate has been made public, so we have reached out to the auction's consignor for full results and will update when we receive a response.