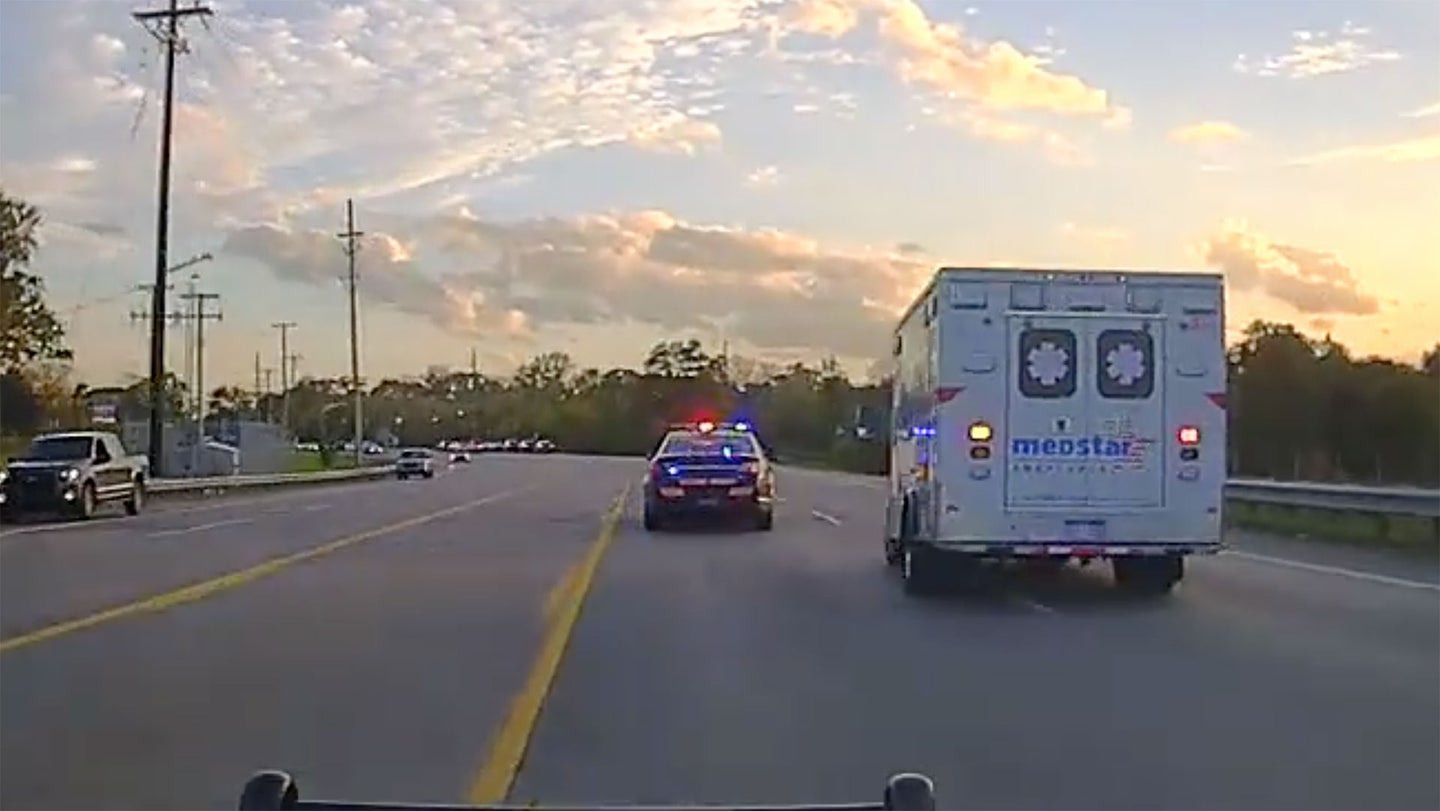 Stealing an ambulance isn't exactly the wisest move in the world, but somehow we find ourselves writing about another stolen ambulance from a hospital. This past Saturday a MedStar ambulance was stolen from a local hospital as the vehicle's crew was in the hospital dropping of a patient.

According to Macomb County Sheriff's Office, the thief was not a patient but exited the hospital prior to stealing the unit. It is unclear whether or not the vehicle was left unsecured with the keys in it. As you can see in the dashcam video below, the thief, 21 year-old Eric Preston was driving erratically, frequently leaving the roadway and showing little regard for the safety of the public.

Preston was pursued by the Macomb County Sheriff's Office and Clinton Township Police through Mt. Clemens, Michigan. Eventually, Preston lost control when he hopped a curb and slide down an embankment. At that point in time, deputies exited their vehicles, guns drawn, and took Preston into custody. No one was injured throughout the ordeal.

Regardless of how the ambulance was stolen, this should serve as a good reminded to EMS crews everywhere to secure their vehicle at all times.