What’s most amazing is that he managed to take the same toll road more than 2,200 times without paying before he was caught. 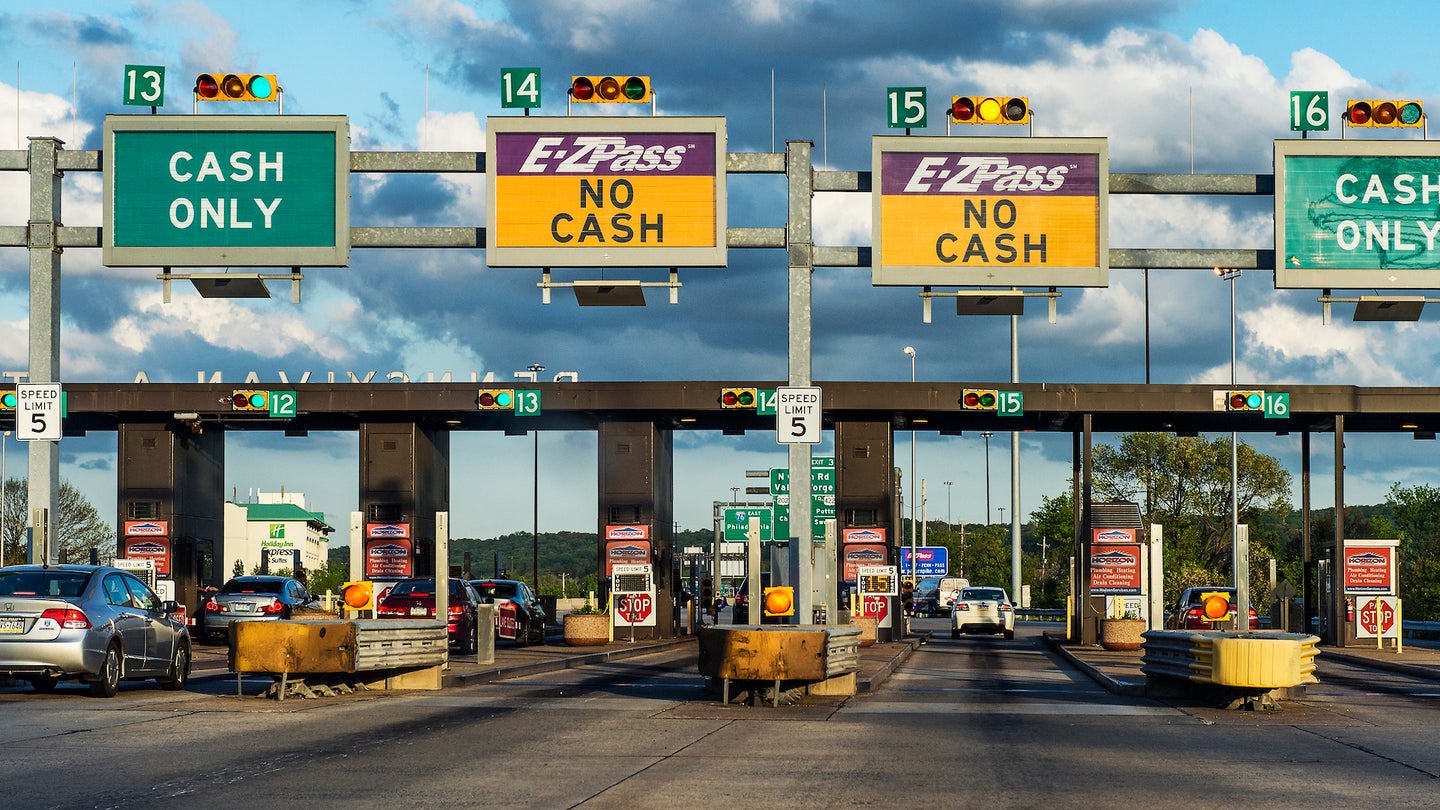 A serial toll dodger by the name of "Stiff" has become the worst offender of his kind in Pennsylvania's history, racking up $128,000 in unpaid tolls and fines.

Over a period spanning 2012 through 2017, Jarrett Stiff, 36, of Trevose, Pennsylvania drove the Pennsylvania Turnpike 2,264 times without paying the road's tolls. The Inquirer reports that the combined cost of Stiff's unpaid tolls and resulting fines total $127,967.40—the highest sum reached for unpaid tolls in state history.

The Turnpike Commission, which found in 2016 that it was owed $33.5 million in unpaid E-Z Pass tolls, has been cracking down on toll-skippers since, attempting to level felony charges against drivers who accumulate $2,000 or more in unpaid tolls (state law permits suspension of one's license for six unpaid tolls or owing $500). As part of this campaign, Stiff and other major offenders were targeted first, with Stiff representing himself in court against the Commission in April.

Stiff pled guilty to theft of services and was ordered by the judge to pay $11,504, or not even an 11th of what he initially owed. $3,500 was taken as a down payment, and Stiff will pay $275 per month for the next three years. He will also face probation for the next five (Volkswagen got only three years' probation for Dieselgate).

"Individuals are committing this offense thinking there are no repercussions for it," stated Jovin Jose, the district attorney that prosecuted Stiff's case. "There are hardworking taxpayers who pay their fair share. Individuals should be held accountable."

As lightly as Stiff is getting off, he has it better than one of Pennsylvania's other top offenders. One Ayelet Farage, 48, owed $17,000 in unpaid tolls but was ordered to pay the entire sum back, in addition to a year's unsupervised probation. She, however, was offered to have her record expunged if she completed 52 hours of community service.

These two drivers' unpaid tolls are just a drop in the bucket when it comes to unpaid turnpike fees, however. Back in 2017, the Commission reportedly gave up on more than $7.6 million that it was owed in unpaid tolls, and as New Jersey officials have found, collecting unpaid tolls is an absolute nightmare. With only 526 people charged with toll evasion since December of 2017, the odds of every toll-dodger facing justice are near zero.