A simple task for a human driver, how will autonomous cars pay their tolls? 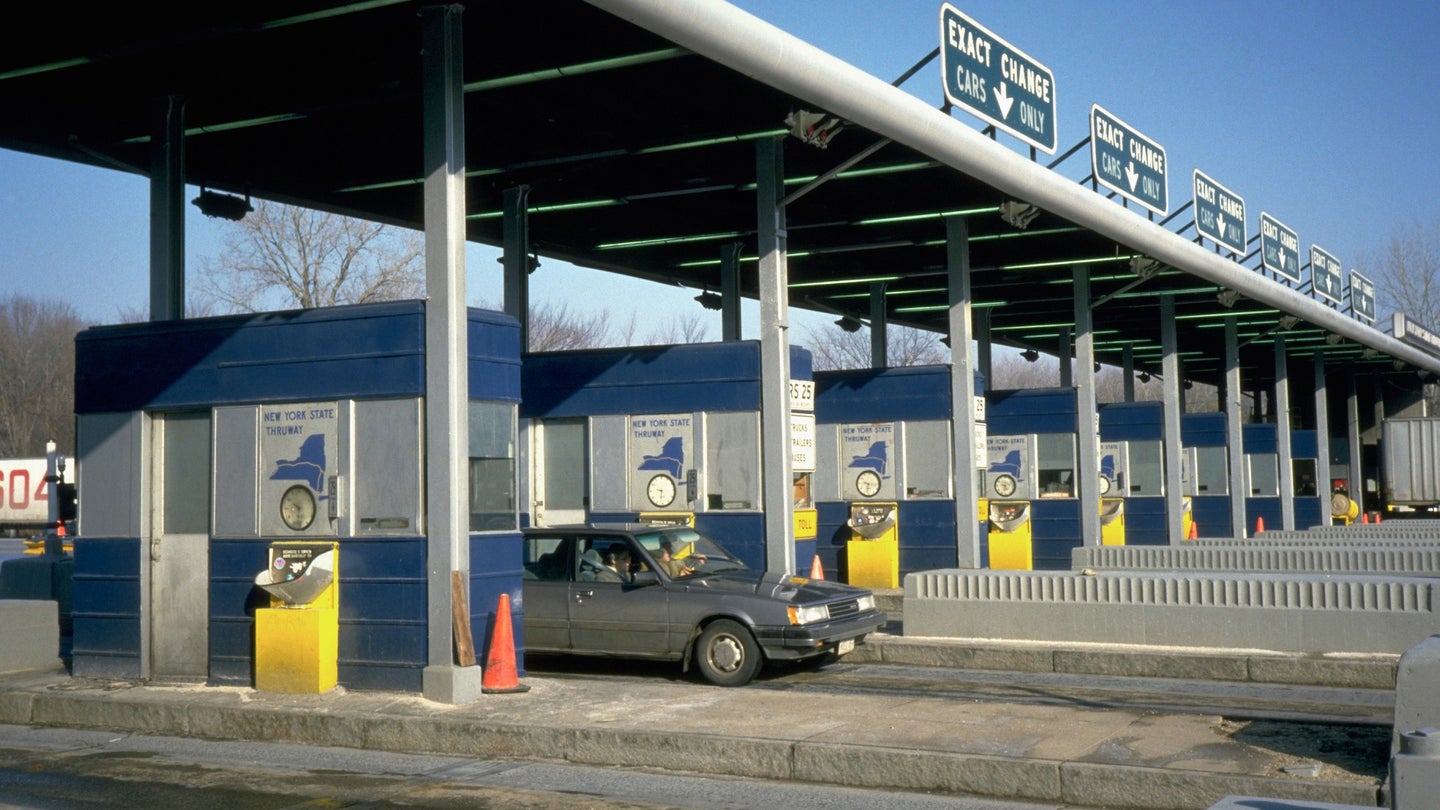 There are many questions yet to be answered when it comes to autonomous cars. Some of those questions may be answered once the first federal legislation for autonomous cars is introduced later this week. Meanwhile, in France, Renault is been working on an issue that most people haven't even thought about yet–how autonomous cars will handle toll booths designed for human drivers.

Engadget reports that Renault has partnered with French road toll operator Sanef, who manages over 1,000 miles of French toll roads, to develop technology that will allow cars to drive themselves through existing toll booths with minimal modification from their present design. Their proposed system would use short-range WiFi to warn the car it is approaching a toll booth one kilometer before arriving. The car will then be able to reduce speed as directed by speed limit signs and roll through an automated toll lane that is compatible with autonomous vehicles, based on sensor input and high-definition map data. Renault and Sanef have been testing this technology on the A13 freeway in Normandy since last June and will continue for at least another year.

The only issues are that this system is specific to Sanef's toll system in France, and presumably only in Renault vehicles. Eventually, all autonomous cars are going to have to interface with all toll systems. Here in the US, we have many different toll systems spread all over the country. One of the largest is the E-ZPass system used by sixteen northeast and north central states. But most states that collect tolls run their own independent systems. Some kind of solution must be found that will work nationwide, either across all of these systems or but choosing one, such as E-ZPass, to be the national standard, so that autonomous cars will be able to travel freely wherever their occupants tell them to go.

Another solution would be automatic license plate recognition, which some states are starting to implement. The Massachusetts Turnpike just converted exclusively to open road tolling, replacing the traditional toll booths that have existed since the Turnpike's construction with E-ZPass sensors and cameras to record the license plates of cars not equipped with E-ZPass transponders. Rather than mailing fines as in the past, the Turnpike Authority will simply bill the registered owner–at least as long as the driver doesn't hide the plate to avoid the toll.

Regardless of the eventual solution, it's pretty much inevitable that even when our autonomous overlords do the driving, the powers that be will still find ways to tax our road use.

Autonomous Driving: Don’t Knock It Until You Try It

According to one survey, drivers are more likely to embrace fully autonomous driving after experiencing the benefits of semi-autonomous features.

Or, depending on how the legislation winds up developing, they could be banned from some towns altogether.