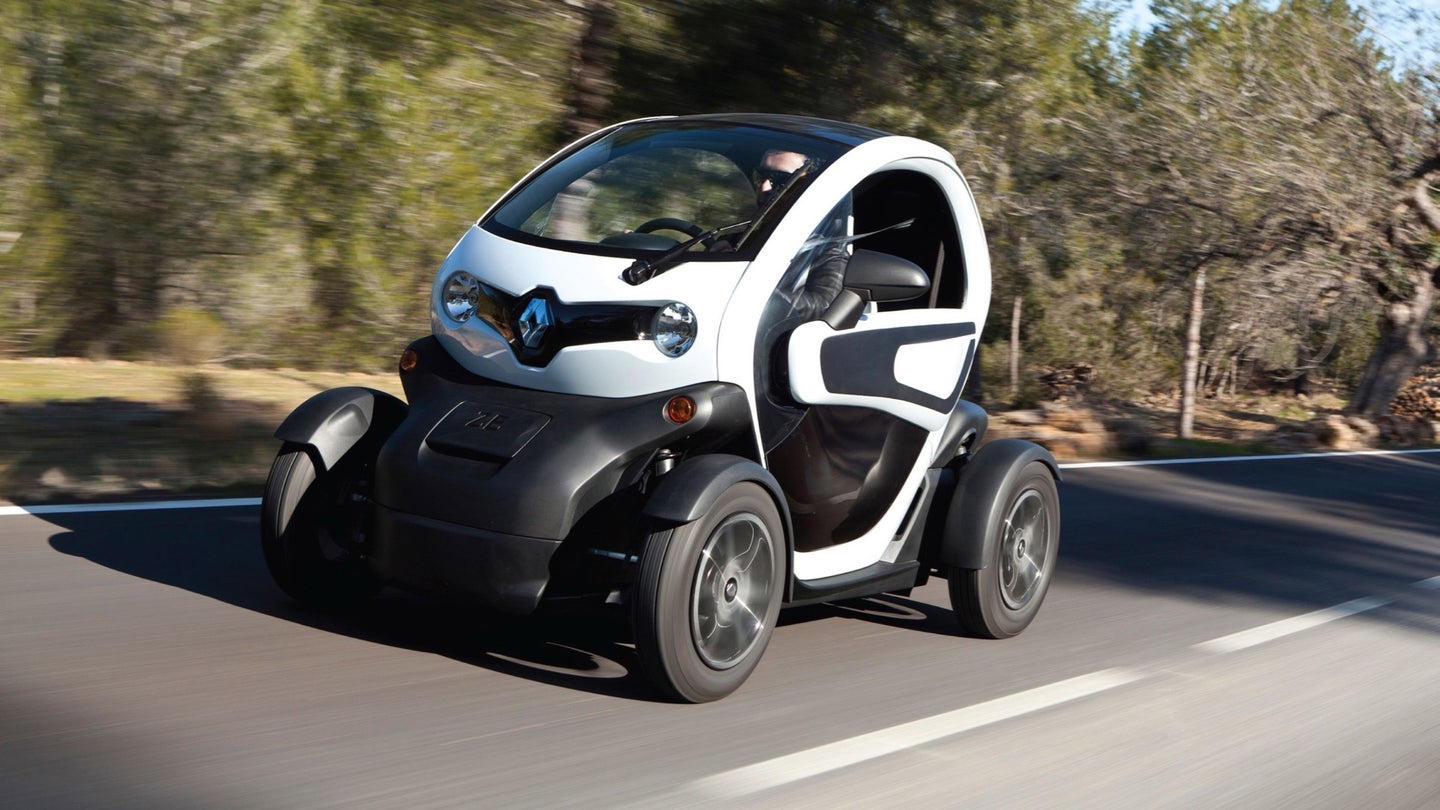 Developing self-driving cars is big business. Some of the largest automakers and tech companies are involved, testing fleets of cars with the support of sizable engineering staffs. But U.K.-based StreetDrone wants to make autonomous-car research affordable.

StreetDrone is partnering with Renault to launch StreetDrone ONE, a modified Renault Twizy electric car prepped for autonomous driving. It hopes the tiny car, which begins deliveries in August, will allow more people to get in on the self-driving car action, and in turn accelerate the technology's development.

"We know that the greatest innovations in self-driving technology need to come from a wide base of companies and developers, not from the privileged few that are wealthy enough to be able to test innovation in the real world," Mark Preston, StreetDrone founder and CEO, said in a press release announcing the ONE project.

To equip the Twizy for autonomous driving, StreetDrone will add a suite of sensors that includes a Samsung 360-degree camera, two Velodyne lidar units, two Bumblebee stereo cameras, and a SICK LMS "laser safety curtain." Modifications will also be made to ensure that developers can gain direct access to the car's CAN bus computer-control system, and StreetDrone has its own operating system designed to allow any software developers might cook up to talk to the hardware. StreetDrone says this setup allows for everything from programmable driving modes to, yes, the ability to sync up with an actual drone.

Supplying a car and all of the self-driving hardware could remove a major barrier to smaller developers looking to get into autonomous driving. Building a test vehicle can be costly, and requires a broad range of skills the software developers StreetDrone seems to be targeting may not have. The company hopes developers will share their software via an open-source platform that it developed.