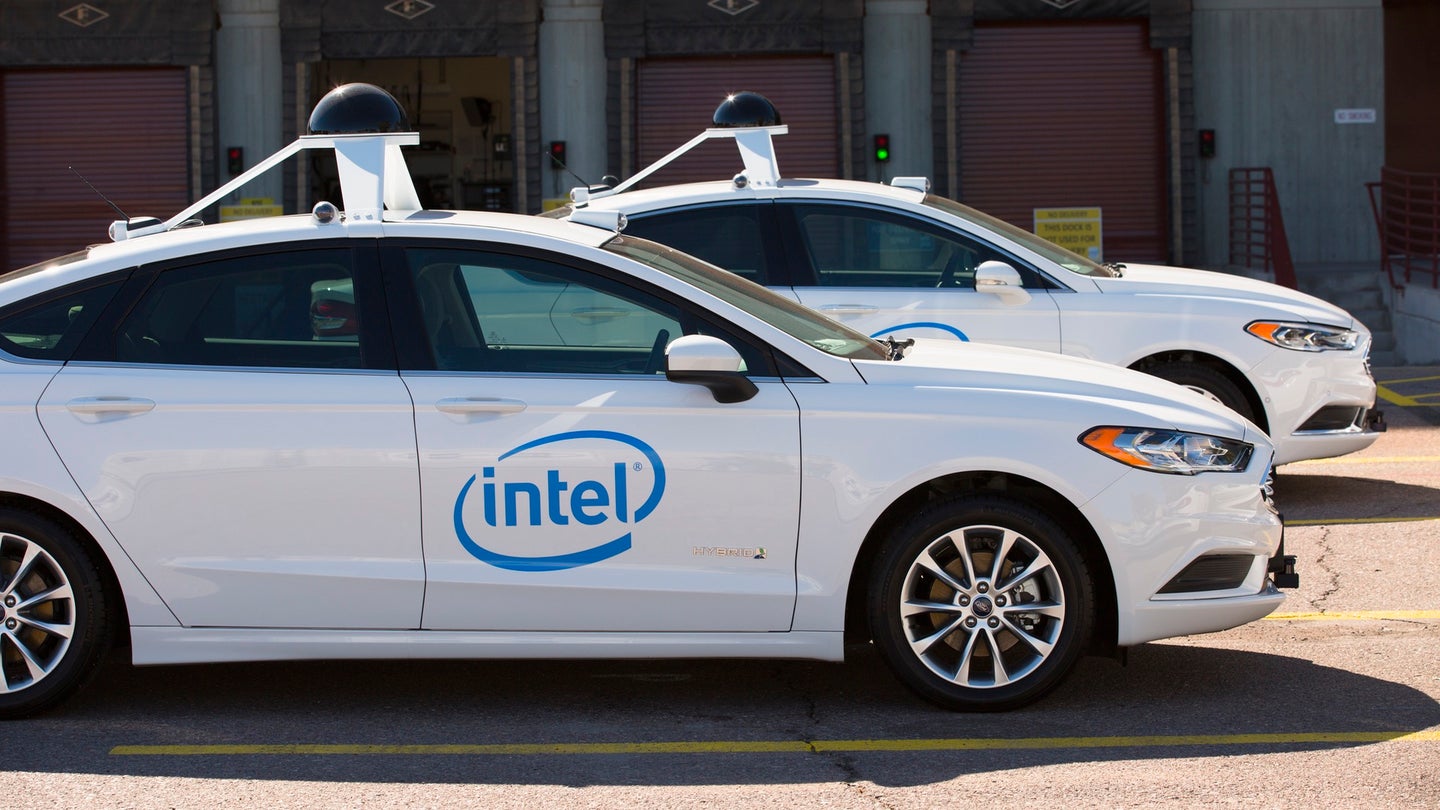 Self-driving cars are getting closer to reality, but are people ready for them?

For autonomous cars to become mainstream, people will have to actually like riding in them. So Intel conducted a study at its Arizona campus to see how people react to riding in self-driving cars. A group of around 10 people individually summoned cars using a smartphone and rode along a set route on the campus, according to CNET. Along the way, the cars encountered pre-planned obstacles like pedestrians.

Participants were recruited from the general public, and their reactions were recorded for analysis by Intel staff. The cars used for the study were pulled from Intel's own fleet of Ford Fusion and Lincoln MKZ sedans.

Intel believes a big part of getting people to accept self-driving cars will be giving riders a sense of control. Since they aren't driving, they can at least have a better idea of what is going on, Intel reasons. The cars used in the study were equipped with screens and audio alerts to keep passengers in the loop. These audio and visual cues could explain that a sudden brake application was due to a pedestrian crossing the street, for example, and also displayed the car's route.

The ability for self-driving cars to interact with their passengers is something Intel wants to develop further. Future self-driving cars could potentially respond to voice commands and gestures, said Jack Weast, Intel chief architect for Autonomous Driving Solutions, speaking to CNET.

Advocates of self-driving cars are quick to point out the potential safety benefits, and potential profit (Intel believes self-driving cars will be a $7 trillion business by 2050). But relatively little attention is paid to how people will feel about being driven around by machines.

Aside from Intel's small study, Uber and Waymo are giving rides to the general public in self-driving cars. But most companies are focusing solely on developing the hardware which, admittedly, is a daunting task. Yet a perfectly-functioning autonomous car won't be much use if no one wants to ride in it.