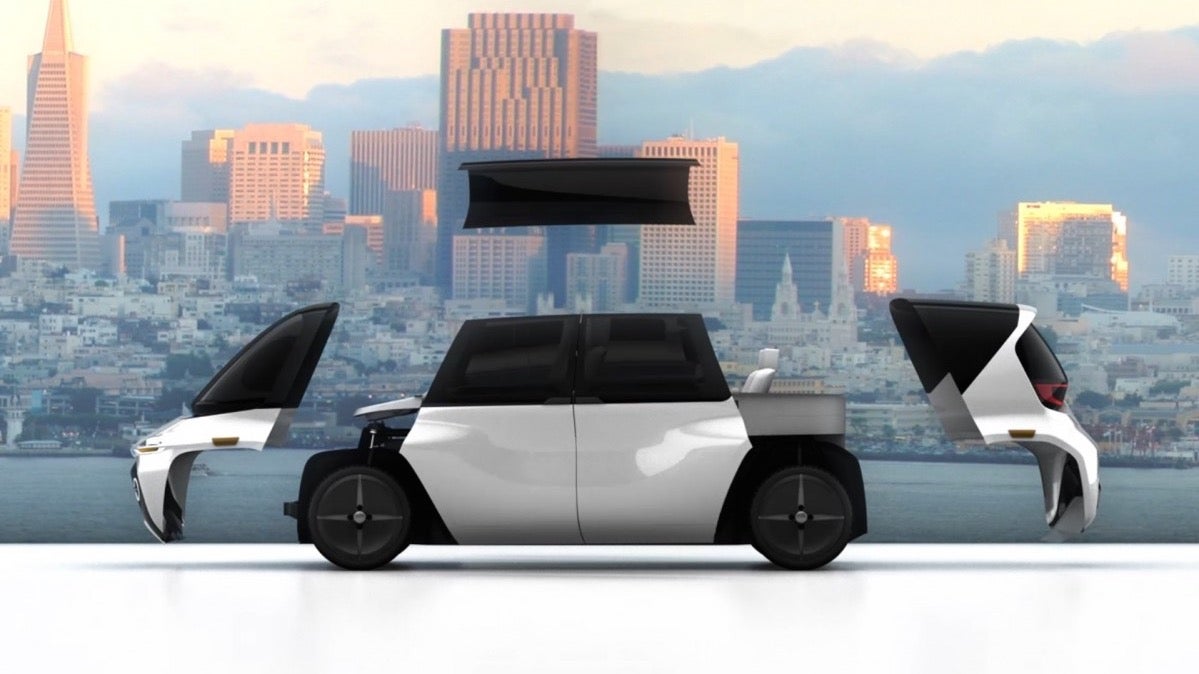 Many start-ups want to change the way cars are designed, but OSVehicle is taking things to a new level. The company's Edit concept is an electric self-driving car that can be modified almost as easily as if it were made of Legos.

Billed as "future proof" and "open source," the Edit features modular construction that allows its bodywork and interior layout to be altered to meet individual customers' needs. Those customers will likely be other start-ups looking for a platform for their own self-driving cars or mobility services, according to OSVehicle.

The body is divided into five main parts—front, rear, roof, two sets of doors—which are made using four moulds (all four doors are identical). OSVehicle claims this will streamline the production process, reducing costs. It also allows for large chunks of the bodywork to be replaced easily, in theory making for easier repairs or changes to accommodate customer needs.

The Edit's electric motor and battery pack are designed to be easily swapped out as well, allowing for newer components to be plopped in as the technology develops. The interior is modular as well. It can be configured in a conventional layout with manual controls, or for fully autonomous driving, with no manual controls and inward-facing seats.

OSVehicle is targeting the Edit at entrepreneurs who want to start new companies based around autonomous driving, but don't have the resources to develop their own vehicles. It believes the Edit will prove attractive because it was designed specifically for autonomous driving, and its modular design allows the car to be tailored to different users' needs.

For now, though, the Edit is just a concept. OSVehicle won't discuss a timeline for production, and it faces some major obstacles. Like all automotive startups, lack of experience and capital will likely be a hindrance. It's also unclear what regulators will make of this reconfigurable car; crash testing alone could prove complicated.

But the Edit could address a major issue with the much-discussed autonomous car boom. Many companies outside the auto industry are working on autonomous-driving tech, but don't have the actual cars to apply it to. An open-source vehicle platform could allow them to put self-driving cars on the road without relying on established automakers.