The Ford Bronco isn't a formula that needs fiddling with—let prices for classic Broncos and huge demand for the new, neoclassic 2021 model serve as proof. But while original upholstery and matching serials may be all the rage on Bring A Trailer, they evidently meant nothing to one owner of a 1979 Bronco who, rather than restore their classic Ford, dressed it up as a modern F-series Super Duty for reasons one struggles to fathom.

After making its rounds online during the build process recently being featured on Ford Authority, this Bronco Super Duty—a phrase one would be otherwise delighted to read—is now running and driving, as shown in a video posted by a YouTube aggregator. It features the out-of-place front end from a 2017-2019 Ford Super Duty pickup and taillights from a recent F-150; both styling elements designed for trucks far larger than the '79 Bronco. As a result, they look as disproportionate here as Scrappy-Doo's head does on... his own body, really.

Inside are trimmings that could be mistaken for a late-model King Ranch, because that's where they come from. Coincidentally, this video's uploader misspells said trim level as "Kong Ranch" in the video description; a fitting mistake given what a monstrosity this truck is.

Perhaps the only thing done right (and feel free to argue this) is the transplant of a 5.0-liter Coyote V8. Assuming it comes from the same F-150 as the taillights, its 360 horsepower and 380 pound-feet of torque are straight upgrades from the '79 Bronco's factory outputs of no greater than 159 horse and 276 torqueS on the 6.6-liter Ford 400 V8. Its OBDII engine management will also make this mutant Bronco a worthy daily driver, should its owner not give up such ambitions after noticing all the stares, pointing, and laughter during their first drives around town. 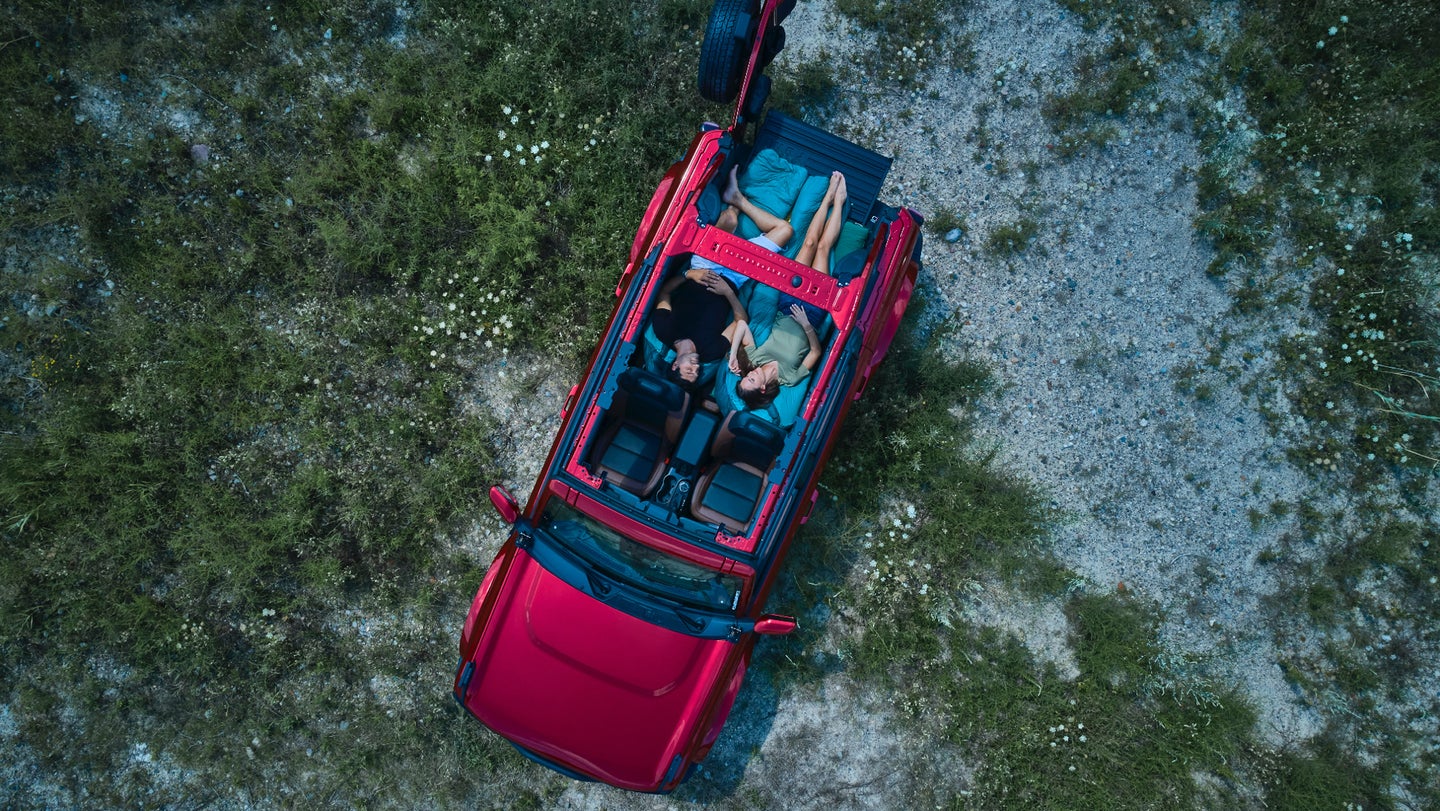 2021 Ford Bronco Four-Door’s Sliding Tailgate Lets Folks Up to 8 Feet, 9 Inches Sleep In the Back 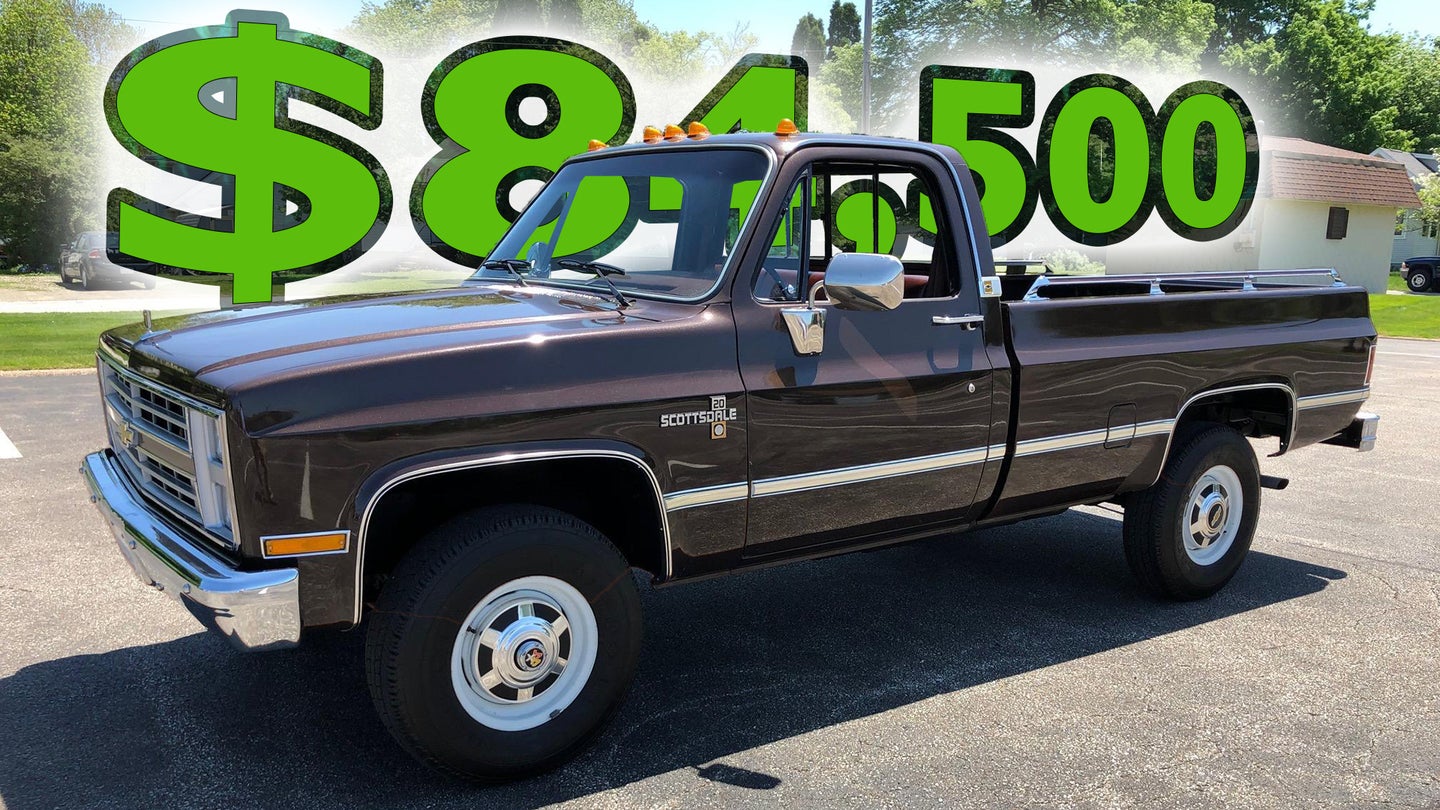 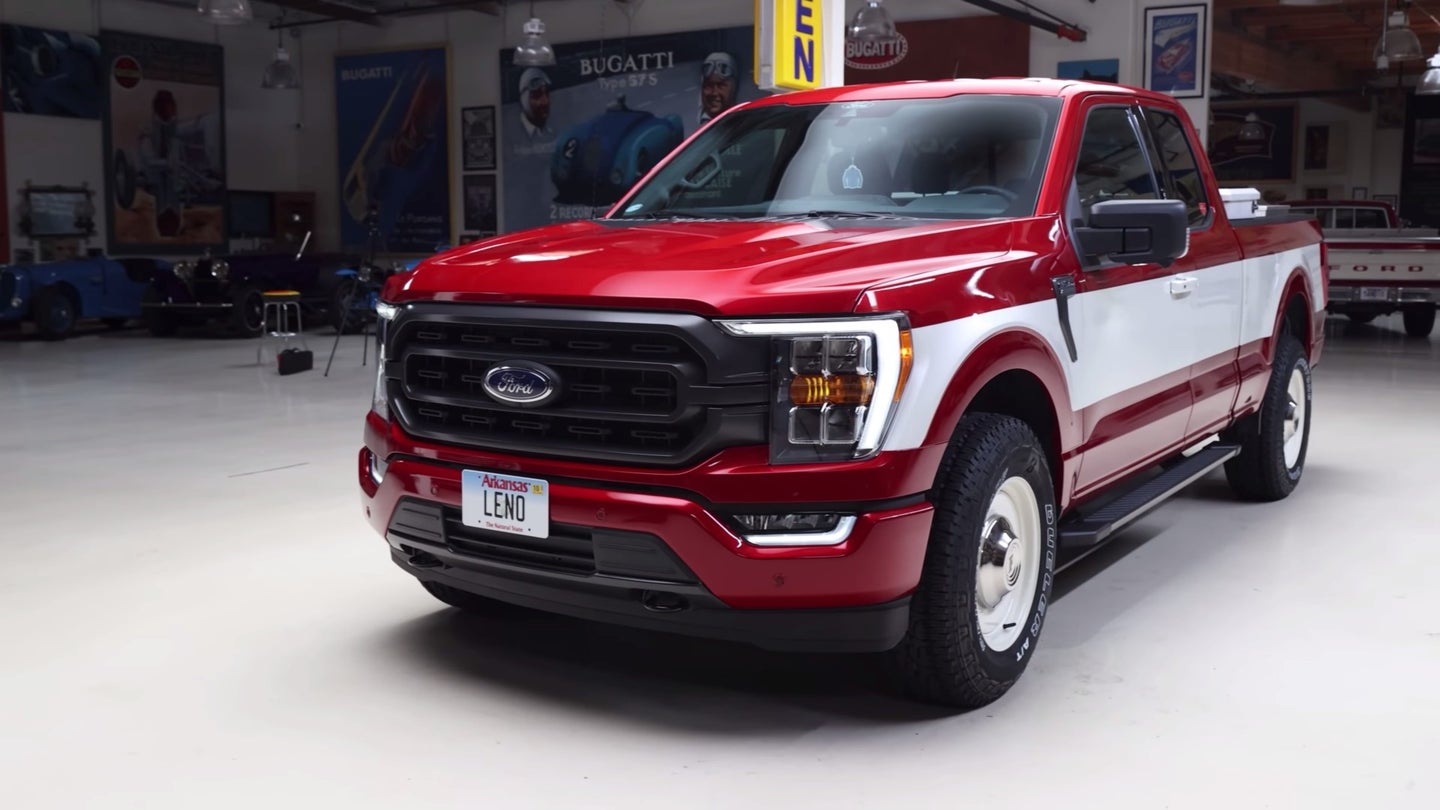 It’s even got a dog box in the bed.