All the capability of a Raptor with a vintage skin and more legroom. 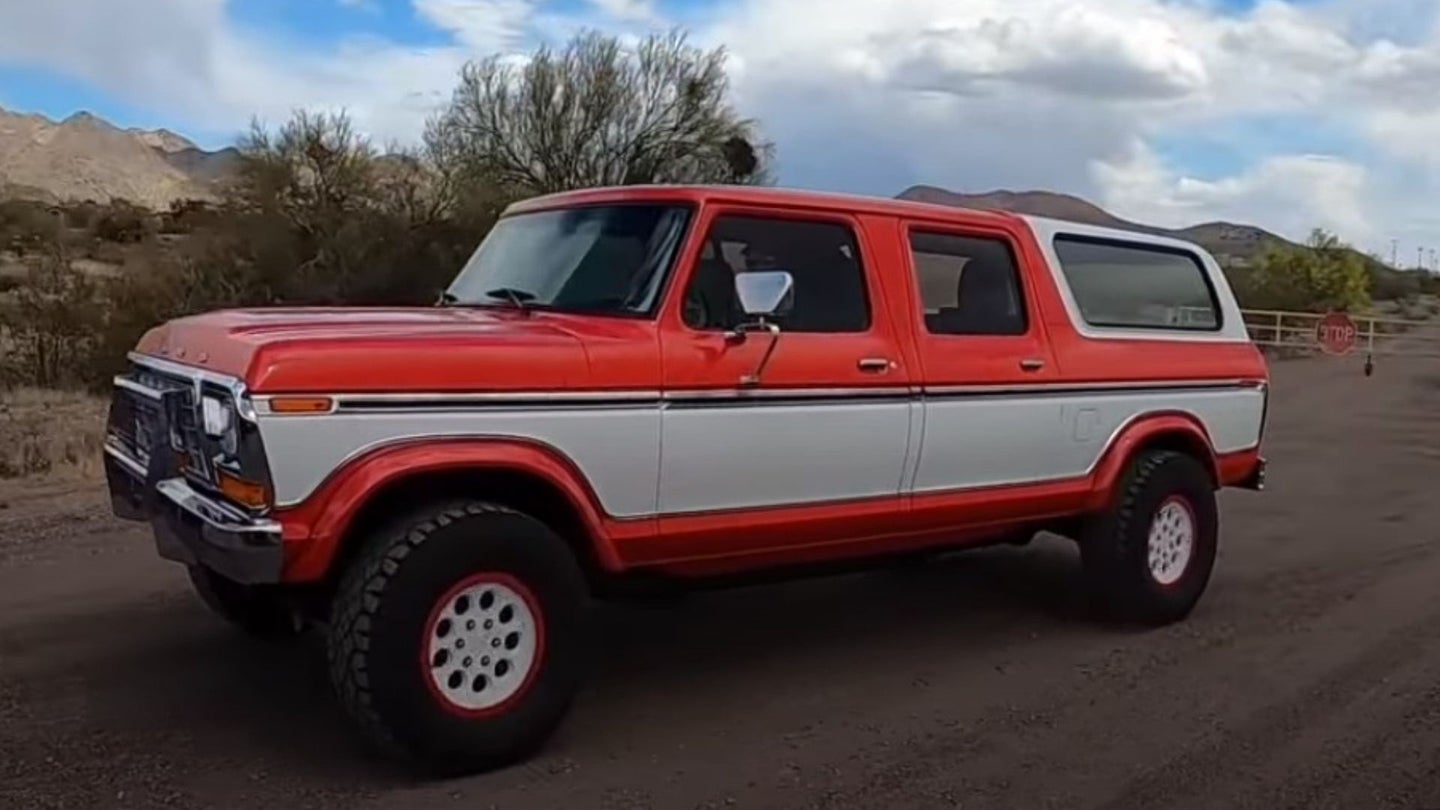 This is not your average 2011 Ford Raptor with a 6.2-liter V8 and 411 horsepower. Oh, no. It’s beefed up with a Roush Stage II supercharger kit that makes 590 hp and an equal number for torque. And it’s cleverly disguised in the body of a 1979 Ford Bronco by Sweet Brothers Restomods out in the northwest quadrant of Wyoming.

Tiny Upton is a town of about a thousand people and its motto is “the best town on Earth.” I don’t know what earned them that phrase before, but if they’re cranking out sweet builds like this I’m thinking they deserve it. You might remember the 2014 Ford Raptor with a 1979 F-150 body we highlighted in January by the same team; that fetching yellow truck is calling my name and this red and white combo is similarly stacked.

Sweet Brothers Restomods spent about a year and a half on this rig, mashing together an off-road capable truck with the beautiful curves of a vintage Bronco. With the Bronco name on the tip of many enthusiasts’ tongues as of late, it’s a brilliant marketing strategy to ride the hype wave.

Everything is the 2011 Raptor inside, down to the door latch and seat covers. The builders took the body of the ’79 Bronco cut it in half, pulled it apart, installed a B-pillar out of a ’79 Crew Cab, and stretched each door four inches. This modification gives the back seat much more legroom than it would have had without the elongation. The build does not have the Raptor’s rock crawling camera, but it does have a rear backup camera, and it boasts the same towing capacity and Fox Racing shocks as the new Raptor.

The folks from Sweet Brothers have been building proof-of-concept vehicles for the last couple of years and they're getting ready to start selling their creations. At $200,000, this 2011 Raptor/1979 Bronco build is roughly the same price as a house as long as you don’t live in California or Austin, Texas these days. This is my kind of vehicle: new inside, with all of the modern marvels of technology and safety, and vintage outside. It's three tons of style and I have a feeling these guys could create a Frankentruck of just about anything you want.

If you spot a mint-condition 1979 Ford Bronco in the wild, you might think to yourself, mmm, that’s a good-looking truck. Listen for the sound of the exhaust as it rolls by, because there might just be a supercharged Raptor underneath the skin.

Maps, flags, and QR codes—Ford peppered plenty of cryptic messages across the Raptor.