It even has satellite navigation, heated and cooled seats, and cameras all around for going off-road…like it ever will. 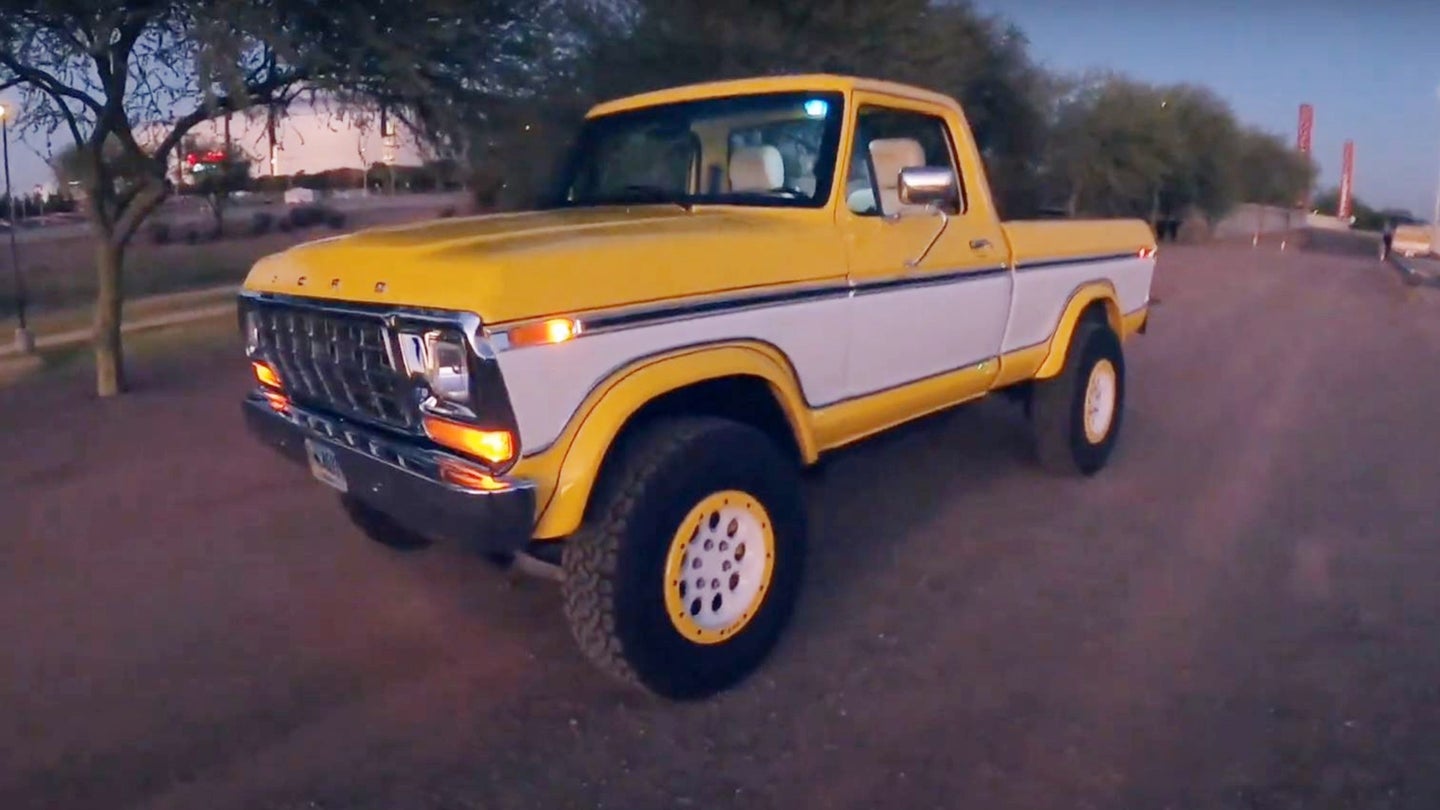 Restomods should be more than an engine swap. Any shop worth their salt nowadays can throw an LS V8 under the hood, freshen up the interior and label it as such, but thanks to folks like Icon and the Ringbrothers, that just doesn't cut it anymore. Now, to earn a reputation for yourself, it's crucial to craftily incorporate the best of old and new, making sure the rig performs the way it looks with details that shadetree mechanics couldn't pull off. That's something this 2014 Ford Raptor with a 1979 F-150 body does exceptionally well.

Rather than upgrading the dated platform from the Jimmy Carter era, the team at Sweet Brothers Restomods opted to transplant the Ford Dentside body onto a first-gen Raptor. That means the 6.2-liter V8 sits on its intended chassis with proper off-road suspension bits, like those highly hyped Fox Racing shocks. It's also got a Roush Stage II supercharger kit, bumping horsepower and torque from 411 and 434 pound-feet, respectively, to 590 apiece. Everything you'd want in a modern Raptor, then, and maybe even more.

The body swap wasn't so straightforward seeing as trucks have grown immensely over the years—maybe you've noticed by now. The pickup sports a single cab, short bed configuration that looks factory stock, but Sweet Brothers actually stretched the cab four inches, both for aesthetics and functionality. Anyone who rides in it will notice that makes it far more comfortable, too, along with the 2014 Raptor seats. Those thrones are also heated and cooled for those who'd rather not relive the sweaty days of their nostalgic youth.

Also, maybe you'll love the fact that said seats have the word "Squirrel" embroidered on their headrests. Then again, maybe you won't. In any case, Dan from Sweet Brothers says all that extra output makes it just as hard to handle as a squirrel, so that's why it's there. Cute!

While those sky-high power numbers are undoubtedly welcome, the OEM+ appearance just might be the best part. Plus, not every firm goes out of its way to retain bits like front and rear cameras when working with decades-old sheet metal. If this thing ever does truly go off-road, then it should be up to the task.

This seems to be the only one of its kind so far, but Dan explains that they intend to produce more in accordance with demand. Presumably, you can have it in any color combo you want—with or without reference to outdoor critters stitched into the seats.