The Germans will not be able to completely absorb the rising cost of import duty fees. 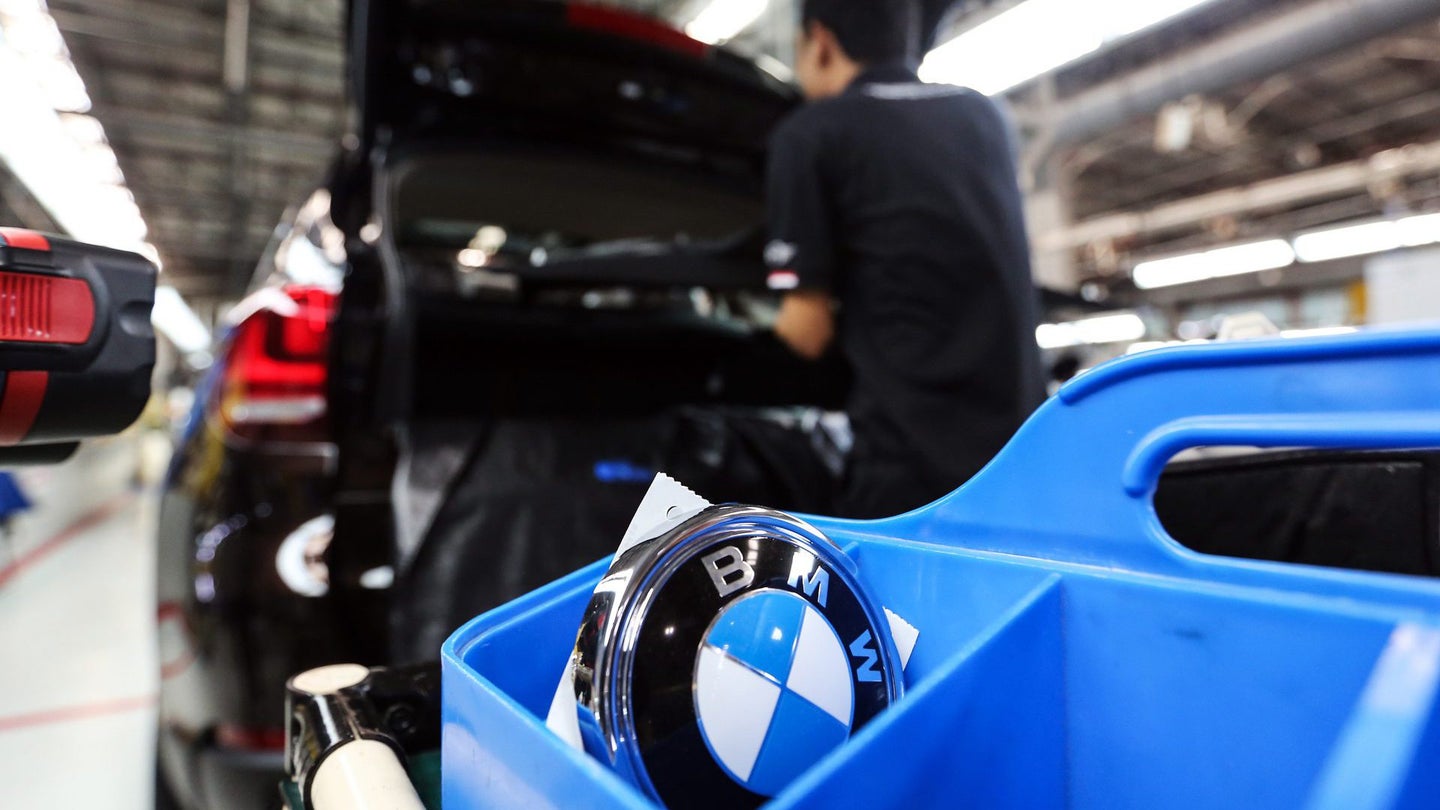 Luxury German auto manufacturer BMW announced Monday that it has begun the early stages of increasing prices in overseas markets due to regulatory duty increases across the world. Currently, BMW's largest respective export markets, China and Germany, are wreaking havoc on the company's profits and U.S.-based production may soon prove to be unsustainable without a price increase in foreign markets.

“BMW China will not be able to completely absorb the duty increase for U.S. imported models," said the company in a statement, "We are currently calculating related necessary pricing increases. At present, we will stick to the current MSRPs of the U.S.-imported products. The new MSRPs will be communicated at later stage.”

Though BMW does plan on raising its prices in order to cope with the higher retaliation tariffs put in place by China, the company will not be shifting existing production outside of the United States just yet. Despite a local South Carolina news source incorrectly reporting that BMW would begin shifting a portion of its U.S.-based production overseas amidst rising trade tensions, BMW confirmed to The Drive that it has no plans to shift production away from the Spartanburg plant at this time, however it is focusing on ramping up production overseas at just the right time.

"The announcement yesterday about growing production in China was just that," a BMW spokesperson told The Drive, citing falsifications in the original report that may have stemmed from a misinterpretation of an earlier report by Bloomberg, "China is now BMW’s largest market and the demand for our vehicles there continues to increase and, as a result, production in China is increasing too."

The spokesperson went on to mention that although BMW has already discontinued the production of the second generation X3 at the Spartanburg plant, it has already planned to begin production of the upcoming X7, its flagship Sports Activity Vehicle (SAV), in its place. Currently, the X3's production has been moved to facilities located in China and South Africa.

BMW is not the first car company to make the news for both a price and production increase this week. Domestic electric auto manufacturer Tesla finally penned a deal with China for its newest manufacturing plant. This is a feat which the pair has been working on for quite some time but has only recently been achievable due to China's newfound willingness to open its doors to foreign auto manufacturers. Additionally, Tesla reportedly increased the prices of some vehicles in the Chinese market by as much as $37,000 due to increased import duty fees.

BMW says China is its most popular destination for vehicles manufactured in the United States, accounting for more than 32 percent of total exports from its plants. At the currently imposed 40 percent import duty tariff put in place by China, this would cost BMW nearly $948 million of its $2.37 billion in exported vehicles to continue shipping its cars from the U.S. to China. Earlier this year, BMW anticipated to pay nearly a third of that cost, $356 million, after China agreed to lower its import tariffs to 15 percent before the standoff with the U.S.

The increase in overseas production comes at little surprise after BMW warned the U.S. Department of Commerce that a continued trade dispute would likely threaten jobs at the manufacturer's largest worldwide production plant, conveniently located in Spartanburg, South Carolina. Although BMW denies that jobs at its Spartanburg plant are at risk over the pre-planned changes, the heat of tariffs is already giving other manufactures cold feet.