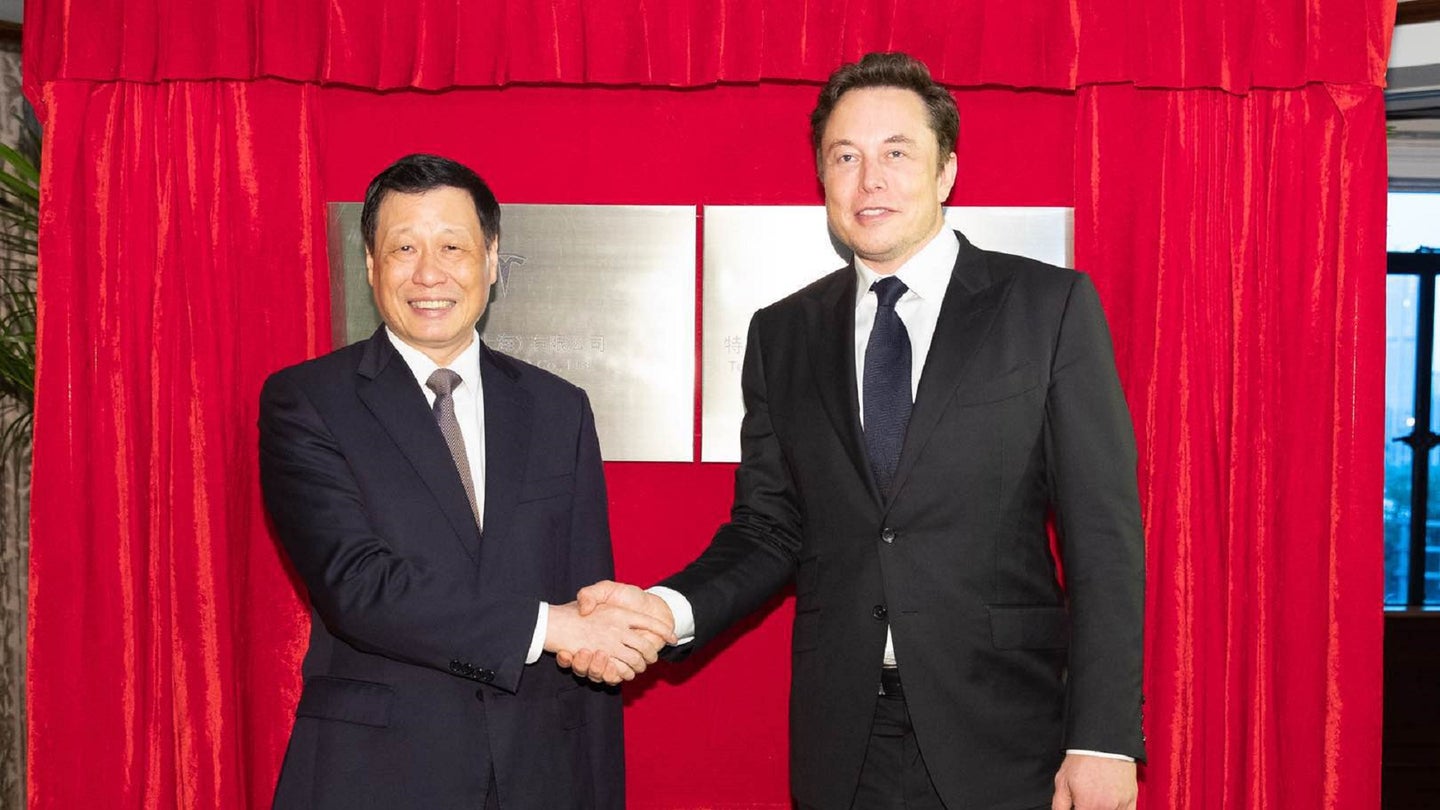 As the trade war between the U.S. and China (as well as the rest of the world) escalates, Tesla announced Tuesday an agreement with Chinese officials to build a new factory in Shanghai, reports Reuters. This comes just one day after Tesla's announcement of a 20 percent price increase on American-made cars sold in China.

The price increase was a direct response to China's new 25 percent tariff on certain American goods, including cars. A basic Model S sedan, which sells for $74,500 here, will now cost a whopping $128,779 in China as a result.

China is an extremely important market for Tesla. Sales in China accounted for about 17 percent of its revenue last year. Clearly, a 70 percent premium for its flagship vehicle is not a sustainable business model. But a Tesla factory in Shanghai could transform the company, bypassing tariffs and tapping into China's strong research and development capabilities as well.

"According to the agreement, both parties will focus their cooperation on jointly promoting technology innovation and industry development, where the city of Shanghai will strongly support Tesla Shanghai," says a translated press release from the Shanghai Municipal People’s Government provided to The Drive by Tesla. "Through this, it is expected that Tesla Shanghai will achieve an optimized R&D, manufacturing, and sales operations that will contribute to its global business. This win-win cooperation further enhances Shanghai’s position as a world-class automobile manufacturing center."

A Tesla spokesperson added, "We expect construction to begin in the near future after we get all the necessary approvals and permits. From there, it will take roughly two years until we start producing vehicles and then another two to three years before the factory is fully ramped up to produce around 500,000 vehicles per year for Chinese customers. Tesla is deeply committed to the Chinese market, and we look forward to building even more cars for our customers here. Today’s announcement will not impact our U.S. manufacturing operations, which continue to grow."

Although the timing of this agreement in the context of the trade war is certainly beneficial to Tesla, it had already been in the works for over a year and is not a direct result of souring trade relations with China. President Trump has not yet tweeted about this but previously slammed Harley-Davidson for moving some of its own production overseas for better access to Asian markets.