Not a bad origin story for Incredible Reflex Man. 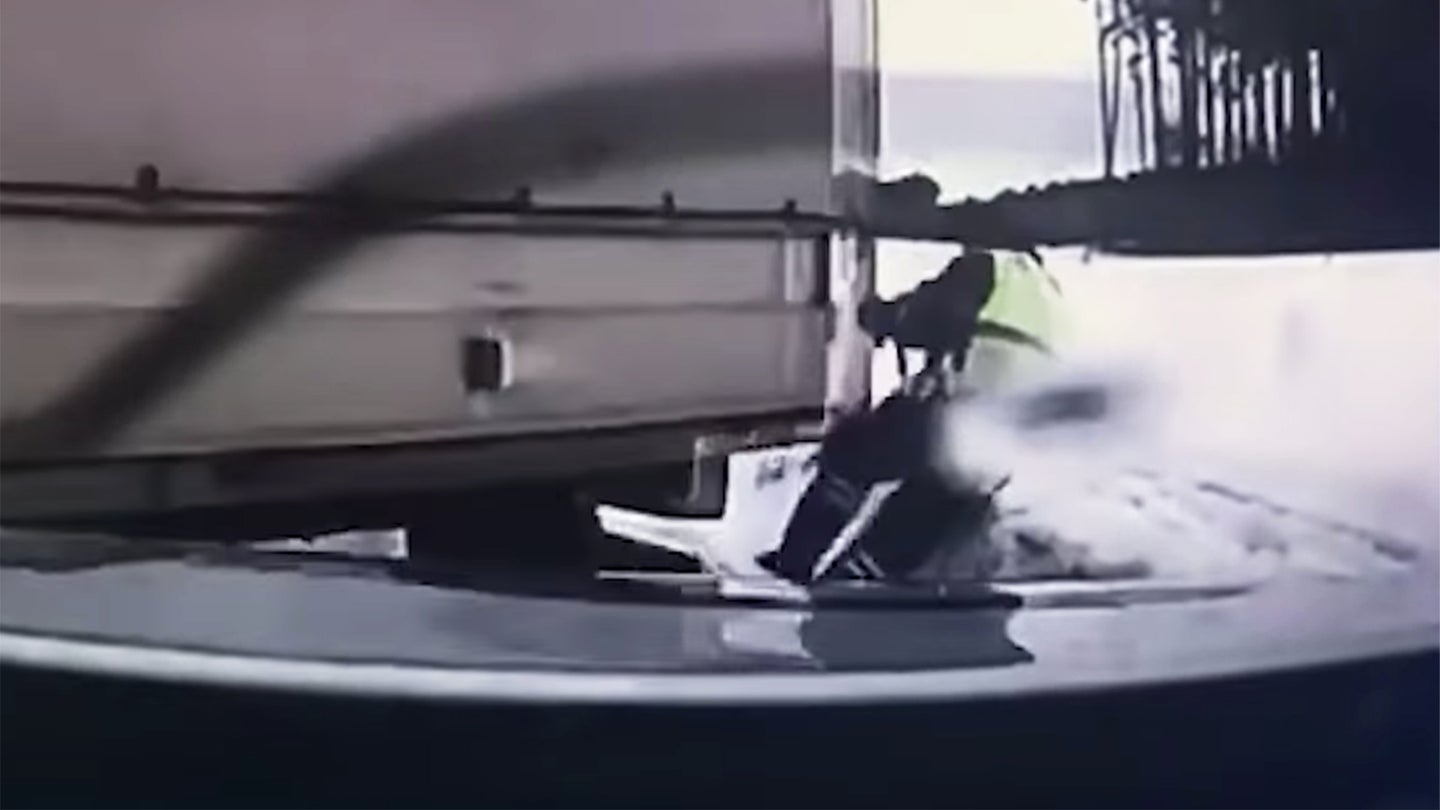 The side of the road can be one of the most dangerous places in the world for a police officer. Their lives are quite literally on the line as they stand just feet from high-speed traffic, and that risk is rarely presented with the clarity seen in this incredible video showing an officer in Russia dodge an out-of-control box truck.

According to Russian news site E1, the clip was recorded back in January in the eastern city of Yekaterinburg, though it's only now just coming to light. Filmed on a rear-facing dash cam, it shows an officer with the department's traffic unit standing behind his vehicle on a highway shoulder ahead of an on-ramp. The lighting is cold and grey, and there's snow on the ground between the lanes. It's an entirely nondescript scene—but not for long.

Twenty seconds in, a box truck can be seen approaching rapidly and crossing over from the far lane to the middle one to avoid a slower car. But more cars merging from the on-ramp force the 29-year-old driver to continue braking as he drives over the snow between the lanes, causing the truck's rear end to lose traction, swing out, and slide straight for the officer.

It looks like he realizes what's happening about two seconds before impact. Given those two seconds, at least 50 percent of the population would make the wrong move and pay the price. But fortunately, the officer has olympic reflexes and/or possibly superpowers. It almost looks like he's trying to fake out the truck at first, juking a bit before committing to a perfectly-timed leap to safety. The metal wall misses him by inches.

E1 also has a photo showing the damage done to the officer's Lada patrol car. This whole case is also a good reminder to slow down and give emergency workers their space on the side of the road.