The People’s Front of Efficiency, or How To End Alt-Energy Factionalism

Batteries versus hydrogen fuel cells. Electric cars versus Micromobility. Why all the factionalism when there is still so much work to be done? 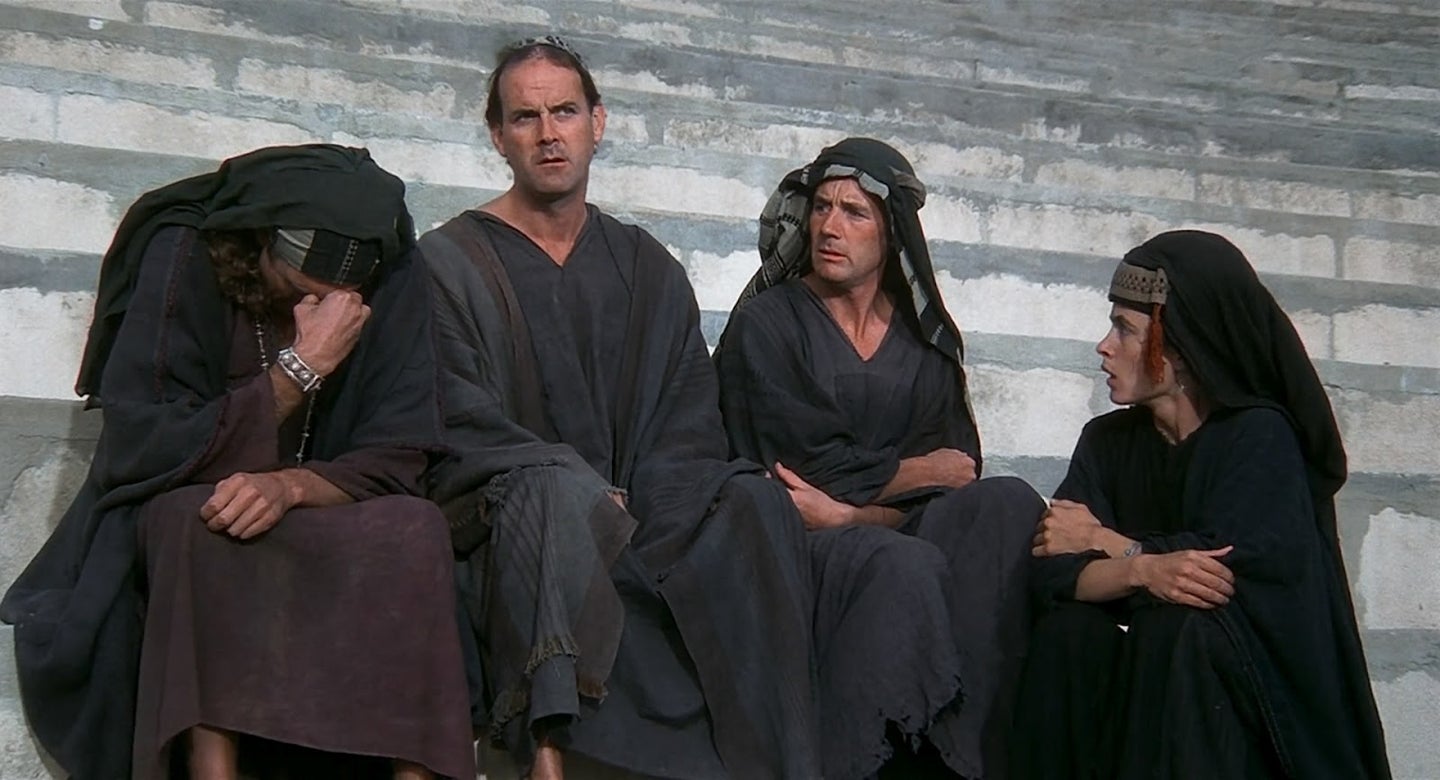 Sadly, jejune othering is a human, all too human affliction that transcends politics [1] and spills into the world of low-carbon transport.

Logic suggests its advocates should unite and conquer, but the narcissism of small differences demands that battery-electric vehicle, plug-in hybrid and fuel cell vehicle fans must denounce each other with histrionic polemic. Hades help the heretics whose outreach to non-early adopter communities leads them to pitch a tent big enough to accommodate other aligned allies like conventional hybrids, improved combustion and lower-carbon fuels on the one side, and mass transit and active transport (walking, cycling) on the other. [2]

Regrettably, the argument of efficiency, while airtight, is as flimsy as bubble wrap. The analysis itself shows why.

According to canon, owing to losses incurred in hydrogen electrolysis (the generation of hydrogen by running electric current through water) and pressurization, an initial 100 kWh of electricity might result in 51 kWh of hydrogen (1.5 gallons of gasoline equivalent) entering the vehicle. Doing the math, the 67 mpge-rated Mirai could travel 101 miles on an initial 100 kWh of electricity.

Batteries fare better, with that initial 100 kWh only dropping to 77 kWh (2.3 gallons of gasoline equivalent) once the battery is charged. The Toyota Prius Prime -- very similar to the Mirai -- earns 133 mpge on battery mode, so could travel 306 miles on that initial 100 kWh of electricity.

For BEVs a correction factor is then needed to properly account for the parasitic impact of all the kWh of energy associated with the thousands of kilograms of CO2 emissions required to manufacture batteries instead of fuel cells in the first place. And that’s … oddly absent. Huh. Bit of an oversight, it seems. By analogy, would Ming Dynasty accountants have praised the Great Wall’s cost-effectiveness by highlighting opex and burying capex? (I jest; the Great Wall was about as cost-effective as the Maginot Line.)

Given the selective context, the canon tells the truth, but not the whole truth. On the bright side, it’s not as if this diagram is used as a sort of “blood libel” passed around epistemically-closed battery circles, right? [Narrator: it is.]

To add a “he said, she said” element to the graphic, I’ve included a table from a McKinsey report showing that fuel cell vehicle life cycle emissions are on par with -- if not lower than -- battery-electric vehicles’. (Would McKinsey lie?) Are these findings distorted by convenient assumptions? Perhaps; it was written in conjunction with the Hydrogen Council. Is it anywhere near as contextually deceptive as that efficiency diagram? No; that’s a very high bar.

For the record, I suspect batteries will come out marginally ahead on a life cycle analysis, thanks primarily to a second life in energy storage. The margin will probably be modest enough that  Parkinson’s Law of Triviality will remain in effect.

e-bikes, assuming the same grid losses, would manage 5,100 miles on those 77 kWh. This assumes 1.5 kWh gets you 100 miles, based on page 15 of a 2018 report compiled by Efficiency Vermont. (Would socialists lie?) To be charitable to the autos, we won’t factor in the positive externalities from the riders’ pedalling. Pedal-less micromobility generally involves heavier vehicles, so they might not be quite as good. Perhaps 2,000 miles?

And for conventional bicycles? 100 kWh of grid electricity will get you to infinity and beyond -- after all, they don’t use it. Instead of wasting electrons on your own transport, you could improve your health while bringing a coal plant 100 kWh closer to bankruptcy.

That’s a pity, because zero emission transportation deserves advocates who prioritize outreach over in-fighting. The cause deserves enthusiasts who are humble enough to meet the hundreds of millions -- billions! -- of combustion vehicle owners exactly where they are in life, respecting their individuality, instead of deafly proselytizing pet solutions. If current ZEVs don’t fit the bill, we pass word along so future ones will.

Battery electric vehicles in particular need advocates who can form alliances. Success breeds conceit, and it’s when we think we can go it alone that we most need a constellation of friends.

And the biggest reason high-handedness today could cost BEV triumphalists tomorrow, is because…

BEVs are the Robb Stark of Electric Mobility

At the moment, BEVs are leading the charge against the corrupt pollution of Big Oil. They’re winning market share victories, are clearly ascendant, and look poised -- destined! -- to rule the streets, avenging society’s century-ago spurning of the electric car.

Alas, not every heir becomes the king.

Ten to twenty years from now, at triumph’s cusp, BEV fans planning fête and celebration will watch them walk into slaughter. (Consistent with Game of Thrones, the disdained, overlooked bastard child of electric transport -- micromobility -- will come out of the wilderness to be acclaimed the true successor.)

What villain will plunge the knife? Fuel cells? Of course not; BEV fans have as much to fear from fuel cells as the United States had to fear from Grenada prior to its 7,600-soldier, 8,300-medal 1983 invasion.

Who will betray BEVs? Why, today’s climate-striking students, of course.

When their movement matures, the climate emergency having gotten more acute, it will seize on the Gospel of Efficiency and wield it with Robespierrean zeal. After all, don’t times of emergency call for emergency measures?

They won’t know Efficiency is only supposed to be worshipped in the garage; they’ll uphold it everywhere. They’ll apply it against all automobiles, against all detached houses, against all eating of meat, and probably other inefficiencies as well.

Their Republic of Virtue will lionize the lifestyles of car-foregoing, condo-dwelling vegetarians such as climate policy critic Bjorn Lomborg (!) and demonize the single occupant vehicle-driving, garage-owning, steak-grilling habits of most of today’s electric-car evangelists. How’s that for a role reversal?

Tomorrow’s Ultras will see BEVs as Trojan horses championed only by those who wish to maintain a comfortably-inefficient, carbon-indulgent status quo of sprawling suburbs and auto-centric cities. Far from BEVs ranking among the seventh heaven of climate solutions, they’ll be consigned to the eighth circle of hell. (Fuel cells and plug-in hybrids too, of course; the ninth and tenth circles being reserved for gasoline and diesel.)

Thus will the micromobility vanguard hound electric car enthusiasts on tomorrow’s social media platforms with the same taunts the latter use against fuel cells on today’s. Life above all else is a sublime ironist.

This isn’t to say that individual passenger cars will disappear; they’ll have a significant future, even after micromobility is crowned. It’s more to say that social scorn, like solar, is a renewable resource -- and that today’s heroes are generally tomorrow’s villains.

Why will this take ten or more years? Social movements must often incubate, because it takes time for leaders to coalesce into a powerful network. STEM-educated critics may have dismissed Occupy Wall Street after it fizzled in 2011, but humanities-trained observers see its resurrection in Bernie Sanders’ 2016 nomination run, the 2018 “AOC” midterms, and the litmus tests currently facing 2020 Democratic nominees.

Some further examples: Ronald Reagan’s 1980 victory took place nine years after the Powell memo; it was nine years from Rosa Parks to the Civil Rights Act; and twelve from the failed Russian Revolution of 1905 to the successful one in 1917. (Note the Oxford semicolon; we run an erudite site here at TheDrive.com. You should bookmark us.)

Sure, some social movements probably do arrive on-scene without a years-long simmering. But given that students are leading the climate strikes, the movement will probably need a prolonged gestation. In fifteen years, plus or minus, today’s teenagers will have networked with each other in colleges and universities; they’ll have ascended the ranks of the professions; they’ll have studied the levers of profit and policy; and then they’ll take power.

I, for one, will welcome our new activist overlords, and cheer them as they grapple to reconcile their minds’ austere ideals with life’s baroque complexities.

They’ll need people who’ve navigated past factionalism before, to advise them in their efforts to rebuild their cities, world, and future, away from our generation’s by-then passé image. And whatever the “bun fights” of their era may be, they’ll need grey-haired advice to guide them away from the temptation so many ZEV advocates succumb to today — of putting petulance over progress.

Baldness notwithstanding, one of those voices will be mine; it’d be a mordant joke for cooperation to remain a lesson lost in time.

[1] Every Canadian election, the Communists and Marxist-Leninists set aside their similarities to field competing candidates, preferring to split their shared 0.07 per cent of the vote, than combine forces.

[2] For all the well-deserved excitement around zero emission vehicles, the province of British Columbia has modelled that reducing the carbon intensity of fuels will have triple -- 3x -- the emissions-reduction impact by 2030 of a ZEV mandate that requires 10% ZEV sales -- not ZEV credits, but ZEV sales -- by 2025 and 30% by 2030. See page 15 in the CleanBC highlights report.