This Dutch City Has the World’s Smartest Traffic Lights

Oh, the wonders traffic planning can do when it aims to help humanity. 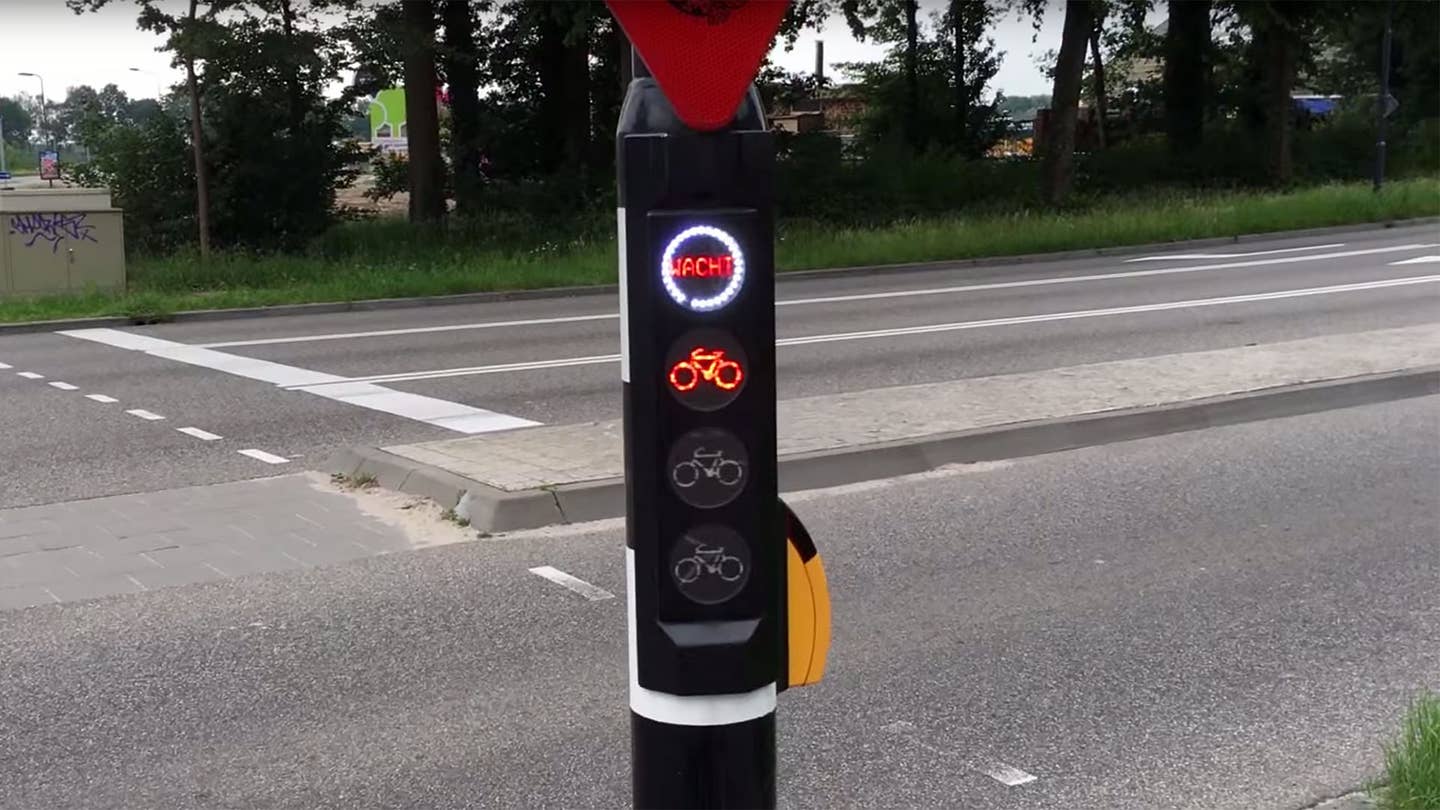 Hidden down at the southern end of the Netherlands lies a small city of 150,000 with, quite possibly, the world's greatest traffic lights. Doesn't sound like particularly high praise at first, but the more you learn about the traffic lights in the town of s-Hertogenbosch, the more you wish you had them. Because these signals go out of their way to make everyone's lives better—from bus riders to bicyclists to automobile drivers.

“We want people to believe our traffic signals are really helping them," local stoplight guru Eric Greweldinger told the Bicycle Dutch website. "Signals are an aid and they should only be used when there is no alternative.”

The core of the system involves finding a common solution for not one kind of traffic, but every kind—cars, trucks, bicycles, and buses alike. The urban planners installed detection loops at all 65 intersections with stop lights, then wrote software that does two things: measures the amount of every kind of traffic at an intersection, and gives that traffic just enough time to get through the light before it turns red.

“We set times so the last road user will go through the yellow light,” Greweldinger said. But while a closely-timed system, it's still very safe. “Safety is my main concern," he said. "Minimal times to clear the intersection are always related to standardised Dutch recommendations.”

Additional tweaks to maximize the flow include a countdown timer inside the yellow light housing for cars that lets drivers know when the light is about to turn green—but the countdown timer only operates when it will improve flow, not all the time. Grewelder said the intersections fitted with the timer have 10 to 15 percent better flow than those without. The bike lane also gets a countdown timer, but as a video of the system in operation shows cyclists don't often need to wait.

The minimal green light time is four seconds, and each intersection can adjust that time to as long as necessary (even by tenths of a second), but the average wait is less than 20 seconds. Residents are pleased enough with the results that they run red lights less than 1 percent of the time, a rate lower than the national average. So not only could such a system relieve the world from loitering in traffic, it could save us all from one of the banes of modern driving: the red-light camera.