GPS systems today are simple, right? Your car or smartphone compares its location with a bunch of satellites, a computer does a little bit of math, and voila, you know precisely where you are. It's easy—and entirely taken for granted. Long before the Global Position System was opened up to civilians for practical use worldwide in 2000, automakers went to incredible lengths in finding analog solutions to the complex problem of real-time navigation.

What did this entail, exactly? How would a car keep track of its location without microprocessors and all-seeing eyes orbiting above? Think scrolling maps, gyroscopes, speed sensors, and even magnets. Some efforts, as you might expect, were more successful than others.

What you're looking at here is the first turn-by-turn navigation system, which dates all the way back to 1909. If that sounds surprisingly early to you, consider that the oft-overlooked prewar automotive industry in America was already cranking out over 75,000 cars a year by then. And with new paper maps unable to keep up with the country's rapidly-growing, ad-hoc road network, there was an immediate recognized need for some sort of active navigational aid for drivers.

Enter the Jones Live Map, the creation of serial inventor J. W. Jones. It was a paper disc with directions for a given journey printed on circumferential segments like the Wheel of Fortune wheel. Only instead of an insurance adjuster from Phoenix spinning it, the disc was placed in a mechanism connected to the car's odometer, which would rotate to highlight the upcoming direction with a fixed arrow as the car traveled along a pre-planned route.

And just like navigation systems from a decade ago, it had to be updated with more discs. Well, if you consider adding a single route an update, that is. You'll also notice a pattern going forward when you read about these early systems; that is they can all guide you from a certain place to a certain place. Navigating to the starting point would have to be done manually. And in 1909, that typically meant flagging down pedestrians every few miles in between desperately searching for gas stations and repairing flat tires because the roads were all terrible.

The Jones Live Map was a rudimentary system, but it was extremely useful in the early days of the automobile. Roads—in addition to being of very poor surface quality—often lacked proper signs back then, so using nonstandard directions like "Turn left at the railroad bridge" based on mileage was a big help to drivers.

Unfortunately, it was also a victim of its own timing. As the country's road network exploded over the following two decades and standard signage came into widespread use, the Jones Live Map couldn't keep up with the rapid changes in the landmarks on its discs (not to mention new routes opening up) and went out of production in the early 1920s.

The next popular product to try and improve upon a static map was manufactured in Italy circa 1930, called the Iter-Auto. It was basically a long map printed on a scroll with predetermined routes available for sale. The dash-mounted device would turn the scroll automatically and keep up with your location along the route. This was thanks to a cable connection between the map scroll and the car's speedometer, allowing for a rudimentary form of speed-matched guidance.

The tricky problem for this sort of device is the existence of left and right turns, as the Iter-Auto could only scroll in one direction. So turning hard left or right would present an issue. In all of the literature I have read, It's unclear how they solved this problem, however, one solution would be that—just as the Iter-Auto had symbols for things like hotels, bridges, and gas stations—it could also have a symbol for a left or right turn. You would be directed to turn left or right, however, the map would keep going straight. There's a brochure for this device here that's unfortunately very low resolution, so nothing can be discerned from it. Maybe if one of you can speak Italian and has some sort of superhero vision you can drop us a line.

Another issue with this map that they didn't solve was the fact that if you took a wrong turn, or went in reverse, the paper scroll was, of course, none-the-wiser. Your driving would have to be impeccable for the Iter-Auto to direct you to whatever lovely Italian city you were trying to reach.

There were also smaller, wrist-mounted versions of this sort of system that were available in the UK a few years earlier. They didn't scroll themselves, though. Watch people, always winding watches.

Unveiled in 1966, D.A.I.R. was an acronym for Driver Aid, Information and Routing. In essence, it was a predecessor to GM's OnStar system. And In case you were wondering, yes, this is where the magnets come in.

DAIR worked—or, would've worked (if it ever left GM's test center)—just like OnStar does today. If you have an issue on the road like a flat tire, an accident, or you run out of gas, the system would know where you are and be able to send someone to help. But since this was the '60s, they couldn't use mobile data networks or GPS. Instead, DAIR utilized a series of magnets embedded in the road that would be able to detect when a car passed over it. GM planned to place these magnets 3-5 miles apart along highways and at popular intersections across the entire country.

With the magnets set apart at this distance, a car in trouble could be located with reasonable accuracy by a support vehicle. Precise navigation instructions could also be given to the driver if they wanted to go somewhere. These instructions weren't quite as sophisticated as the digital ones we receive today, however. DAIR used a punch card to keep track of directions, and somebody would have to drive and record the route before it could be used for navigation. Once you had this route card, however, all you had to do was slip it into the dashboard. A series of lights on the instrument panel would then direct you to your location.

These magnets could also relay other information, like the quality of the road, traffic, or upcoming accidents—similar to many GPS systems today. And since there were no cellular telephones in 1966, CB radios would be used to exchange information back and forth between the driver and nearby communications centers.

If all of this sounds like it would've been very expensive and labor-intensive, that's because it would've been. GM's vision involved a pan-national effort to drill holes in roads to bury magnets and building the associated communications network to make the system function. The investment would've been tremendous, which is why it never happened.

Of course, in the official literature from the time, GM talks about it like it's just around the corner. But if all of us believed General Motors circa 1960, we would by now be sprawled out in our jet-powered, self-driving cars, with men smoking cigars with the windows up or whatever. That's what Midcentury Men do, right?

Speaking of subtle sexism, it's also comical that the entire DAIR brochure I previously linked to strictly assumes the reader is a man. The very idea of a woman purchasing—or even being interested in a car was just ridiculous. Totally out of the question.

Why would a woman want a car? It's like men saw their wives as a completely different and perplexing species of animals. My wife? A car? What would she do with it?

The real breakthrough in non-GPS-based navigation systems came in 1981 with Honda's Electro Gyrocator. And bear with me here, because some of the technology involved is simultaneously very unusual and extremely impressive.

The Electro Gyocator was a $2,746 ($7,745 today) option available in late 1981 model Accords and Vigors, which is the Japanese version of the Acura TL.

The way the Electro Gyrocator works is simple on the surface. There's a six-inch CRT screen that sits behind one of several semi-transparent map overlays. As the car moves, it determines its position as compared to its point of origin using a series of data inputs from the car and instruments within the system itself. Using this information, it advances a blinking dot⁠—which represents your car⁠—on the screen. When this dot is combined with the map overlay, it tells you where you are. It is worth noting that this system was only available in Japan, and Japan was the only country for which compatible maps were produced.

But this whole system wasn't quite so simple under the skin. To determine the car's location from it's POI, the Electro Gyrocator used both a speed sensor gathering data from the transmission and a special kind of gyroscope. This gyroscope (this is the part where you'll have to bear with me) used circulating helium in order to determine changes in direction. It's tough to really explain how it works, so I'll just quote the IIEE:

"Honda developed a number of devices to make the Electro Gyrocator work, including a gyroscope that had two wires in a stream of circulating helium. When the vehicle moved straight ahead, helium hit both wires equally, keeping them at the same temperature. When the vehicle turned, the flow of helium deviated to produce a temperature difference between the two wires. An onboard computer could detect that difference and translate it into directional information."

All of this technology added up a device weight of about 20 pounds along with its aforementioned hefty price tag, which doubled the Accord's MSRP. And while this system was impressive, there are no records of how many people actually bought into the experiment. Needless to say, I couldn't find any for sale online. One example is on display in the Honda Collection Hall at the Twin Ring Motegi circuit.

The Etak Navigator was essentially a slightly more refined and digitized version of the Electro Gyrocator. It used a compass and information gathered from the car's wheel speed sensors to figure out which direction the vehicle was going. It would combine that data with digital maps stored on cassettes, allowing for real-time, turn-by-turn navigation that Honda's static maps couldn't offer.

The Etak was released in 1985, and it looks exactly like the piece of future-facing '80s technology it is.

Despite the high cost, large trucking companies saw Etak's systems as an easy way to improve logistics, and they ended up being common customers. This allowed Etak to grow rapidly, and the company changed hands several times with ever-increasing sale prices for years. The death knell for Etak, of course, was when the U.S. government unlocked non-degraded GPS signals for public use in 2000, birthing an entire industry of dash-mounted aftermarket units before in-dash solutions took over a decade later.

But with Google Maps still years away, the valuable part of Etak turned out to be the map data it had compiled in order for its offline systems to operate. Its final buyer, TomTom, would end up using Etak's map data in its own GPS units.

So while satellites are the norm for automotive navigation today, it's not like nothing existed beforehand. Gyroscope-based systems may not have been good enough to be shrunken down into a device the size of your cellphone, but they were certainly better—and much more expensive—than using a map spread out on the trunk of your car.

And as far as those antiquated scrolling maps go, they're actually still in use in motorcycle rallying today. 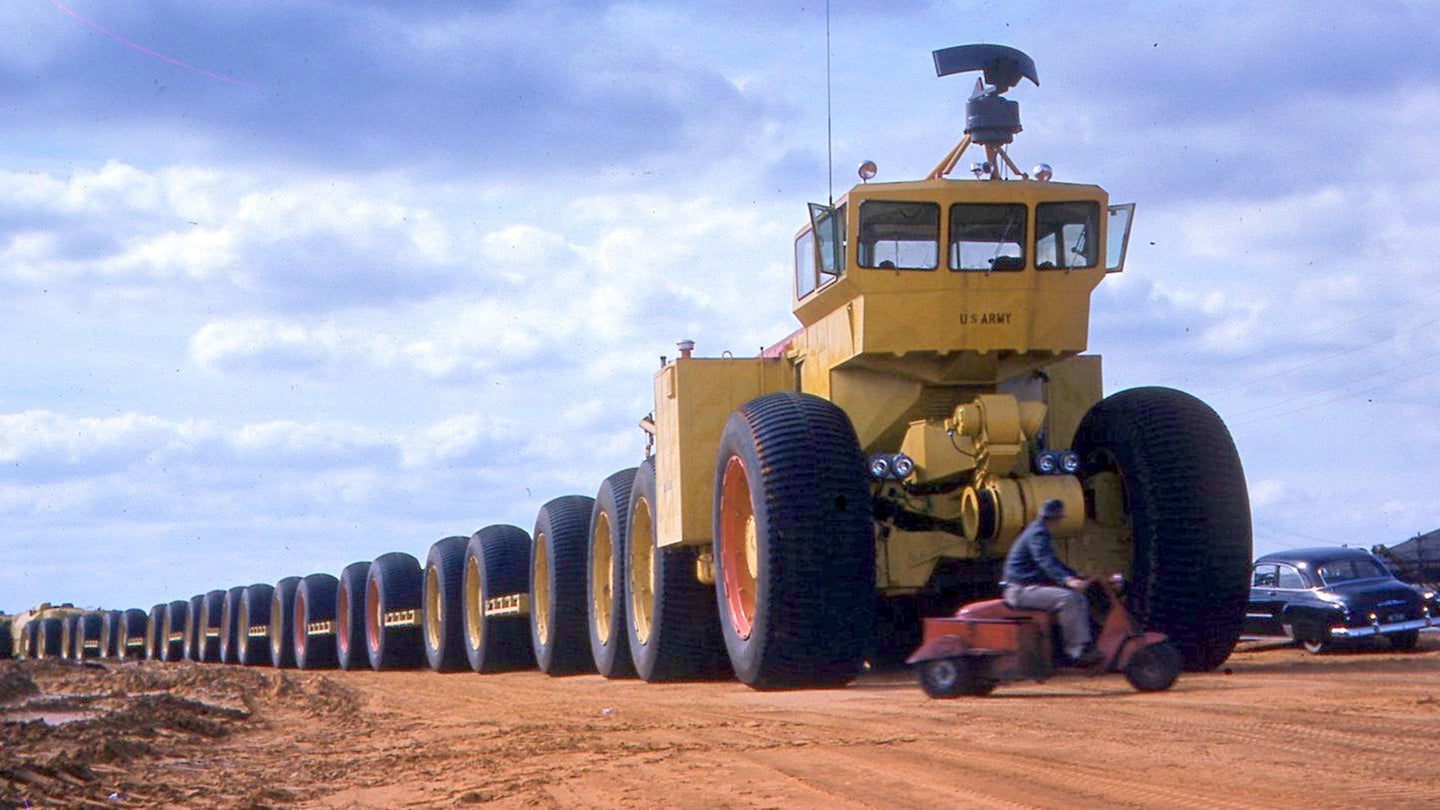 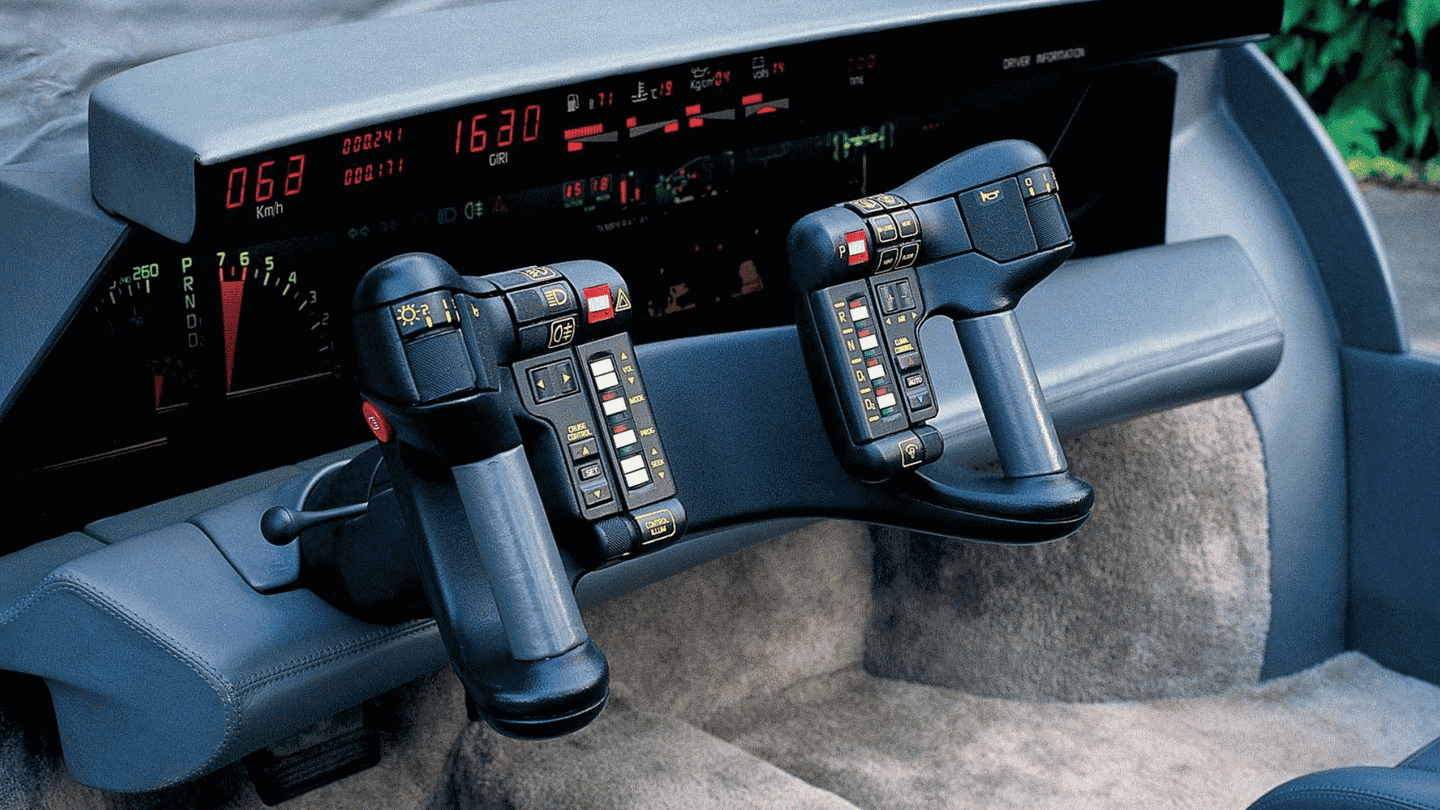 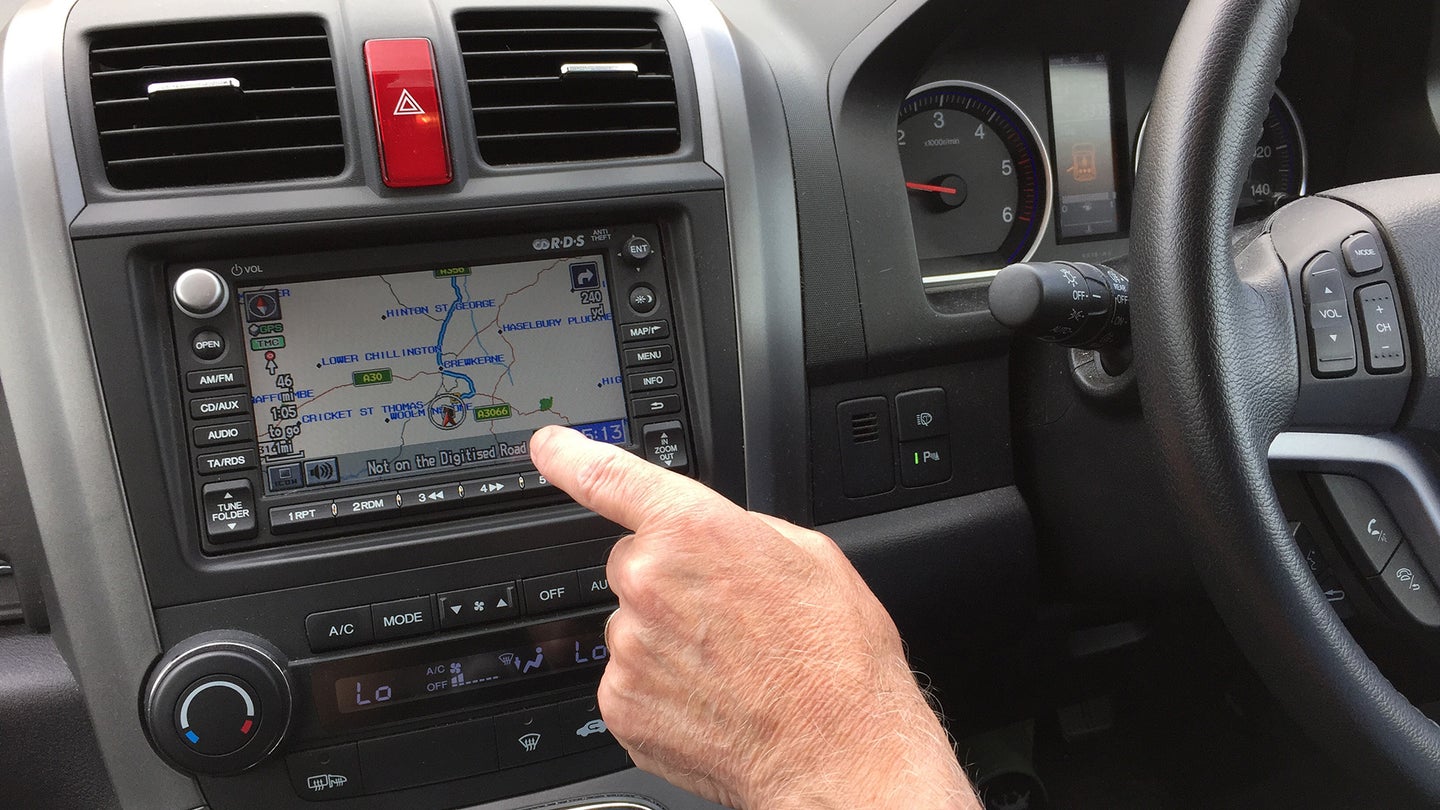