Japanese Automakers Build Twice as Many Cars in U.S. Than Import

There are talks of a 25 percent tariff on imported Japanese cars. 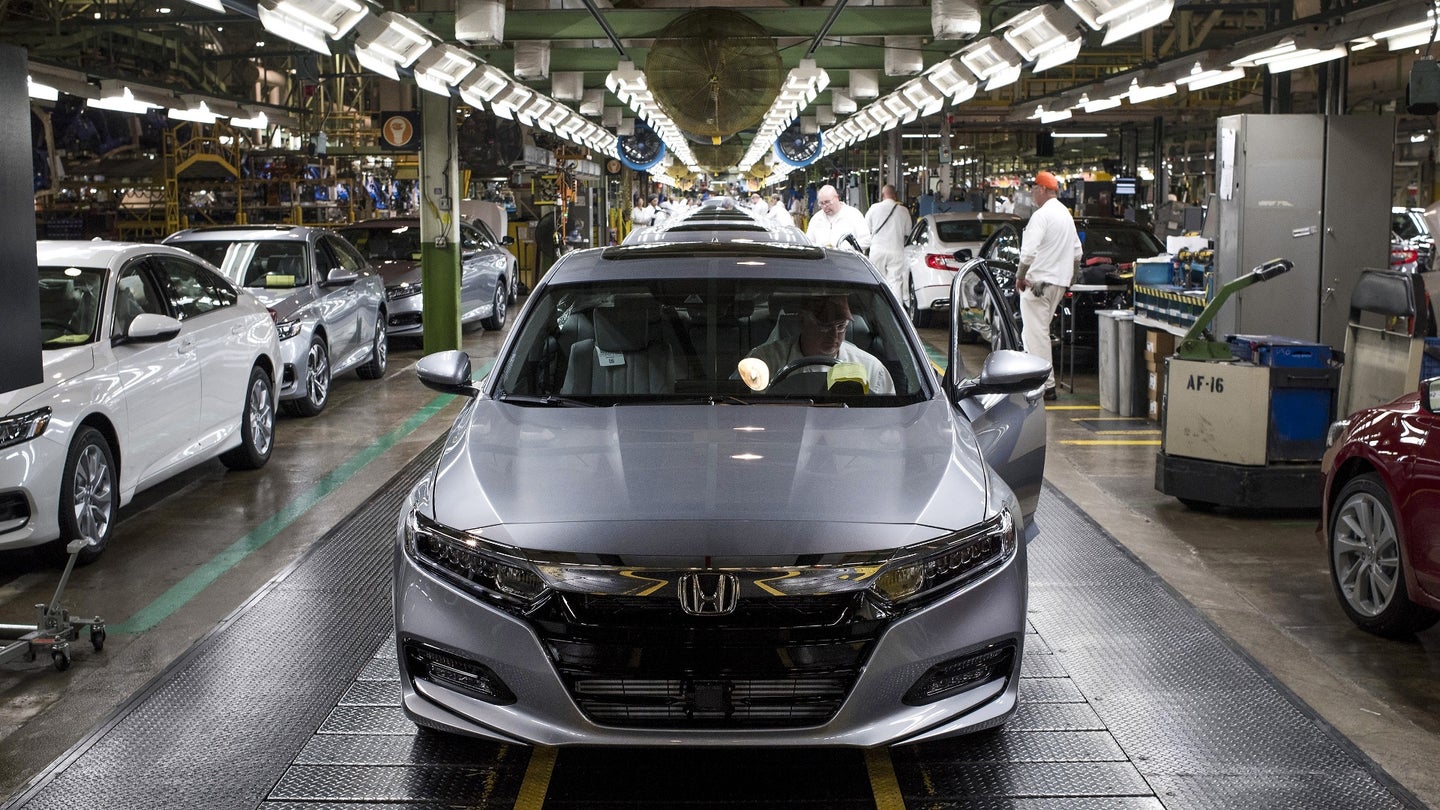 With seemingly endless drama coming from talks of tariffs from the White House, one of our trading partners who might get hit with a tariff on imported cars is Japan. According to Bloomberg, President Trump is considering putting tariff on cars built in Japan and imported to the States as high as 25 percent. But with so many Japanese-branded cars being built right here in the U.S., how many are actually being imported these days?

Bloomberg put together this handy chart using data from the Japan Automobile Manufacturers Association (JAMA) showing that 69 percent of the Japanese cars sold in the U.S. are built domestically while the other 31 percent are built in Japan and imported to the States. That’s a huge contrast to what those numbers were in 1985 when 91 percent of cars from Japanese automakers sold in the U.S. were built in Japan. That’s a 45 percent drop in imports over 33 years.

JAMA wants to make sure the U.S. Department of Commerce knows these stats. “Tariffs would have a serious negative impact on the U.S. economy,’’ JAMA told them on Friday according to Bloomberg. “Imported vehicles do not threaten U.S. national security.’’

These statistics go to show how the definition of an American car has changed over the last few decades. A lot of Japanese-branded cars are built in America and a lot of American-branded cars are built outside of America. I've owned two Chevrolets that were built in Canada and the Honda I have now was built in Alabama. If the new tariff on Japanese cars does come to fruition, it will be interesting to see if further production shifting takes place.