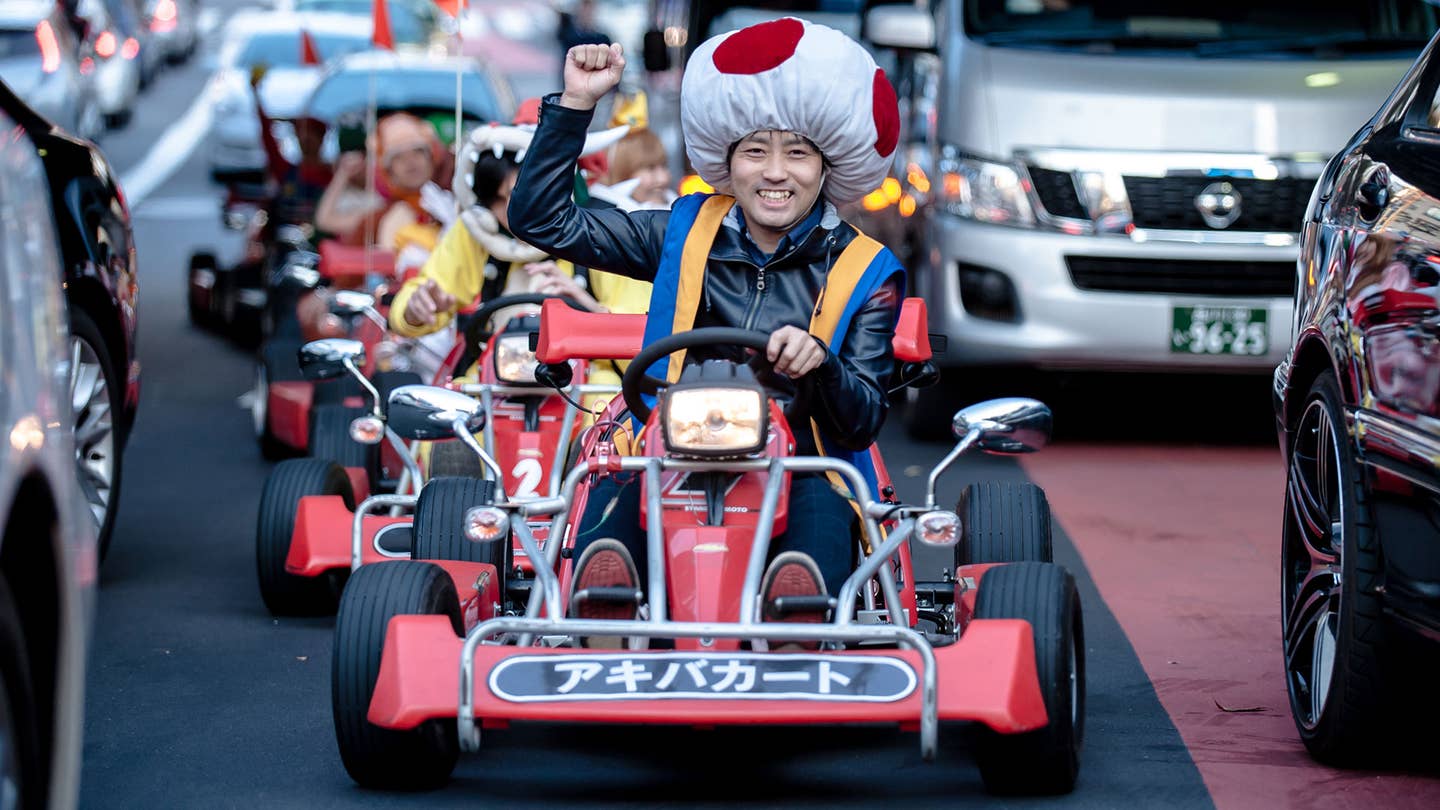 Gamers have long claimed real-world benefits to their hobby. Now, a study from New York University Shanghai published in the journal Psychological Science appears to back up their claim.

First, researchers established a link between gaming and driving skills, challenging groups of experienced gamers to keep a simulated car inside the lines of a simulated road for 95-seconds during simulated crosswinds. The researchers then compared their results against non-gamers. Perhaps unsurprisingly, the gamers had a significant advantage.

Next, the research team set about determining the level of gaming experience that resulted in an a perceptible benefit to drivers. A group of non-gamers was assigned to play either Mario Kart or Roller Coaster Tycoon III for 10 one-hour sessions, pitting a fast-paced "action game" against a strategy-based one. Just halfway through the study, the Mario Karters had a clear advantage over the Coaster Tycoons.

The study's lead author, Li Li, sums up the experiment:

“Our research shows that playing easily accessible action video games for as little as 5 hours can be a cost-effective tool to help people improve essential visuomotor-control skills used for driving,”

This is perhaps not a surprise. Racers have been using Gran Turismo and Forza Motorsport for years to hone their track knowledge and timing. And clearly even non-simulator games like Mario Kart have some benefit connecting your hands to your eyes. More remarkable, really, is that first-person shooter (FPS) games are even more effective at improving behind-the-wheel skills than a game where you're controlling a car, no matter how cartoonish.

In another study, similarly inexperienced gamers gained big benefits in reflex control after spending a little time playing the first-person shooter Unreal Tournament. The study seems to indicate that the skills honed by constantly looking over your shoulder for threats might have an more significant impact on your daily drive.

“The differing effects of driving and FPS video games on the sensorimotor system suggest that for experienced drivers, who have stable control but need to improve their ability to predict input error signals, training with FPS rather than driving video games is more effective,” Li says.

So, if you're just learning the ropes, games like Mario Kart appear to have a benefit in fundamental driving skills. In the real world, where everyone's out to ding your doors and crumple your fenders? Practicing a little combat seems to be your best bet.