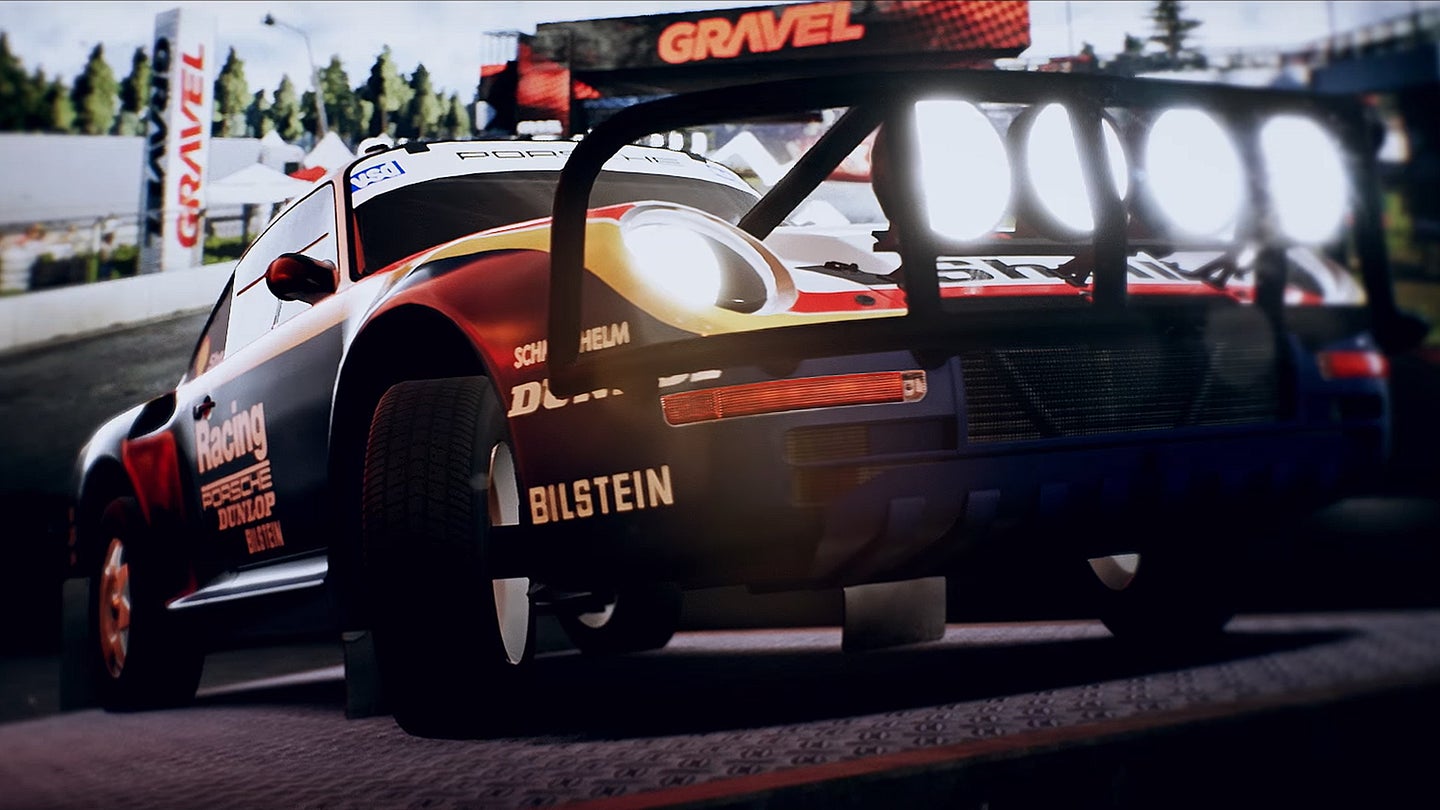 These are heady times for fans of racing games. The market has never been so flush with ultra-realistic simulators of all stripes, from big names like Forza and Gran Turismo to more boutique titles like Assetto Corsa and Project Cars. But things are more sparse on the opposite end: What if you're looking for some pick-up-and-play, arcade-style fun? Sure, Forza Horizon exists, as does the Dirt series. But the folks at Square Enix—they of decidedly car-less role-playing titles like Final Fantasy and Kingdom Hearts—and Italian developer Milestone believe there's room for one more entry in the genre.

It's a strange spot, being both a titan in the video game business and something of an underdog in a new space. But Square Enix hopes Gravel gets it off the ground in the minds of racing fans. Set to debut at the end of February on all major video game platforms, Gravel is a multi-discipline off-road racing game featuring an extensive roster of trophy trucks and rally cars, forgiving arcade-style physics, and a wide variety of terrains to conquer. So to see how things are coming along, the famed video game publisher invited The Drive out to its Los Angeles offices last week to goof around with a late-stage build of the game.

Square Enix may not be the first name in racing, but the Japanese company has quietly forged a partnership with experienced Italian developer Milestone to publish a few motorcycle-focused games recently, including the official MotoGP 2017 title. However, it knows that Gravel will have a much wider appeal in this country, so it's eager to get this first impression right.

Let's start with the basics. Gravel divides its races into four categories: Cross Country, Wild Rush, Speed Cross, and Stadium Circuit. Those are really just fancy labels for point-to-point, circuit, and rallycross events, plus competition modes like capture the flag and king of the hill. In the free race modes, any of the 70-odd vehicles—ranging from classic rally cars like the Lancia Stratos HF and Porsche 911 to more modern marvels—can be raced on any track.

Of course, there's also an extensive career mode to keep you busy. It's built around a single season of a TV show called "Offroad Masters," which starts you out at the bottom of the ladder and has you battle your way up to a one-on-one race with the ultimate expert in a given discipline. A kind of boss battle, basically. And as with most new games circa 2018, online multiplayer will be a big part of the experience.

We'll reserve our final judgment for when the game actually comes out, but there are a few things we can talk about based on the still-in-progress build we previewed. The Milestone team leaned heavily on the Unreal engine in creating the environments, which feature actively-deforming track surfaces with treacherous ruts that really do mess with you after repeated laps. In keeping with the simulation-light vibe, the graphics aren't mind-blowing, but they're as good as they need to be—and the frame rate is butter smooth.

The driving physics aim to straddle the line between arcade and simulation; it skews more towards arcade, in our opinion, with exaggerated slides and slightly unsatisfying collisions. But despite its simplistic edge, Gravel aims a little higher than most, offering a full performance-affecting damage system, several cockpit camera angles, and a full tuning suite where you can adjust all the granular details like spring rates and gear ratios for any vehicle. It's a fun time, if a little too unserious at points. It will punish you, though: We managed to flip a trophy truck during one race after catching a wheel during a particularly aggressive slide. Also, setting the AI on max difficulty is an appropriately masochistic experience.

Though Milestone is known for its motorcycle racing games, the relative lack of experience with cars shows in a few details we noticed; for example, the mud flaps on the trophy trucks completely obscure the back wheels and all-important suspension movement, making it look like the body is just sort of floating down the track. But overall, Gravel is shaping up to be good, honest fun, the kind of slightly-goofy racing game they used to make before everything got so cool.

Gravel comes out February 27 on PC, PlayStation 4, and Xbox One.