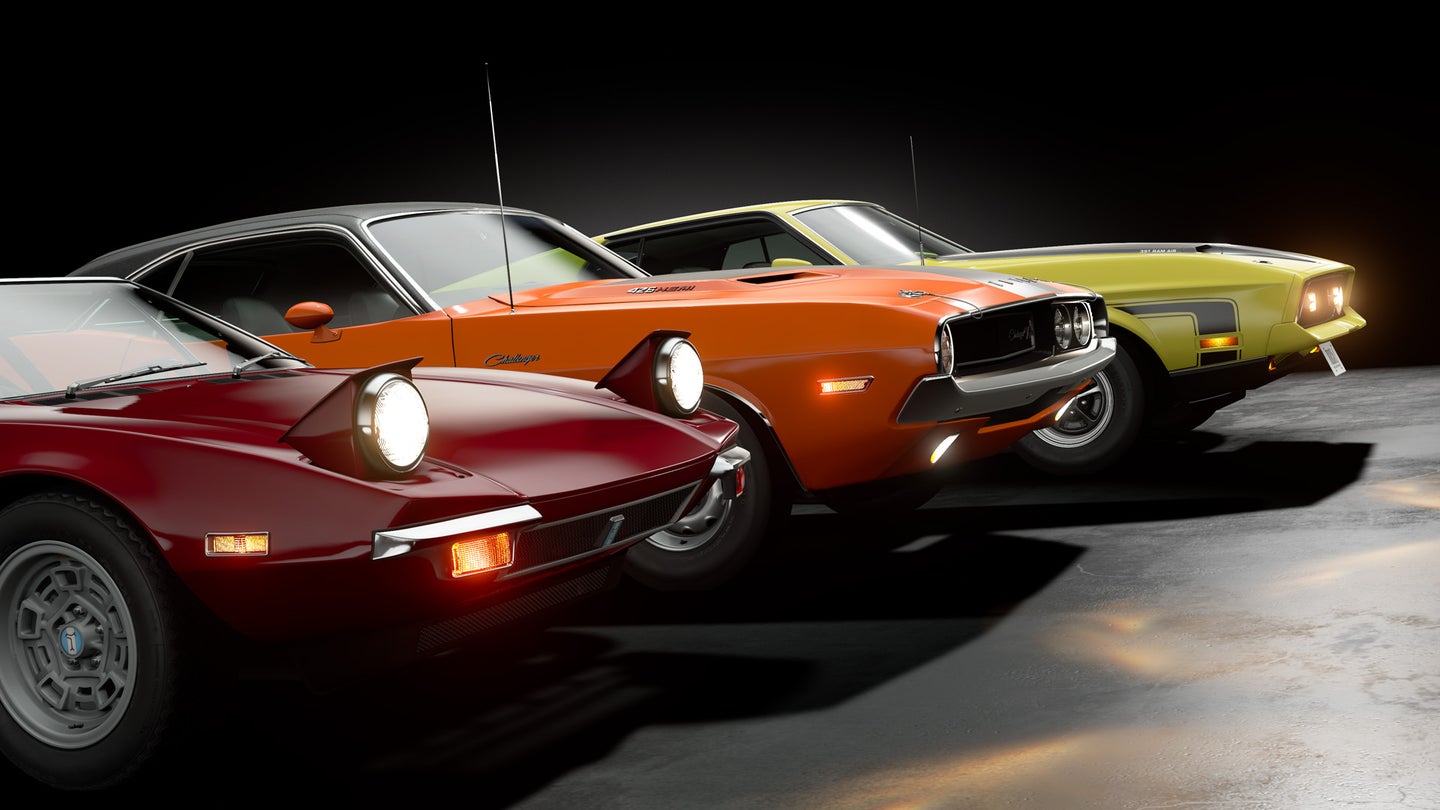 A month after adding 10 automotive icons to its stable, Gran Turismo Sport's car list continues to grow. Like the contents of Noah's Ark, GT Sport's February shortlist seems to come in pairs.

Fans of PlayStation's flagship racer can now sample both new and old versions of the Alpine A110. The French sports cars are joined by a pair of Volkswagen Group supercars in the Lamborghini Aventador and original flavor Audi R8 in addition to some classic American metal with the Dodge Challenger and Mach 1 Mustang.

Representing the game's home country are a couple of modded modern Subarus, namely the Isle of Man Time Attack WRX STI and Falken Tire/Turn 14 Distribution BRZ, as well as a duo of late 20th-century cult Toyota classics in the MkIII Supra and second-gen MR2 GT-S. Rounding out the list are two wildcards: The De Tomaso Pantera and a game-exclusive Gran Turismo F1500T-A open-wheel race car.

On top of the fresh machinery, players can look forward to three new singleplayer events. "Stars and Stripes" is a three-race league that only admits American cars, the "Vision Gran Turismo Trophy" pits the game's manufacturer fantasy concepts against each other, while the "F1500 Championship" is a one-make affair that lets gamers take their new Formula racer for a spin.

Gran Turismo Sport and its latest free update are available now on PlayStation 4.