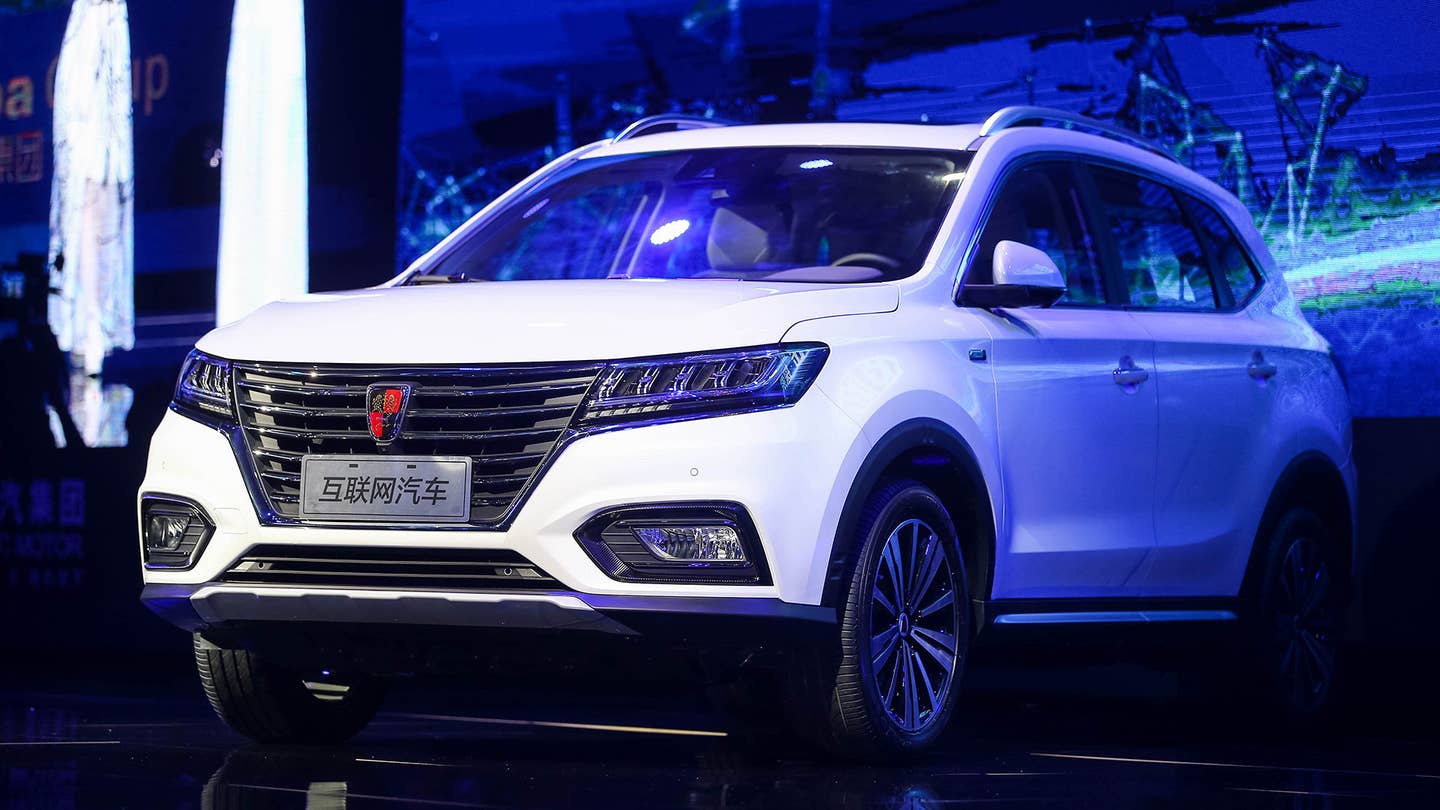 Last Wednesday, Chinese technology super-company Alibaba unveiled its so-called "internet car." The vehicle, a small SUV designed and built in partnership with Chinese automaker SAIC, marks the first real representation of a technology-enthused car to come out of the People's Republic of China. But if you're worried that China has suddenly made a giant leap past the rest of the world, cool your jets. For the most part, Alibaba's "Internet Car" is just an everyday automobile with an abundance of gadgety features, many of which can be found in other road cars—or in the smartphone in your pocket.

The internet car isn't Alibaba's first venture into the automotive market—the company, which owns Yahoo!, has an interest in Chinese Uber competitor Didi Chuxing. But the Alibaba version of SAIC's Roewe RX5 (sorry, no rotary-powered Mazdas here) marks the company's most notable move into the automotive space yet.

The car comes with its own specially-designed operating system—a modified version of Alibab's YunOS, which is used in various home appliances and mobile devices. The features of this connected car will allow drivers to pay for things like gas, parking spaces, and food directly from the driver's seat, without having to pick up the phone or a credit card. The RX5 will also have an "Internet ID" feature which the company says will allow the car to recommend climate control settings, points of interest, and music suggestions based on who is behind the wheel. the car's navigation system can sync up with your calendar, automatically giving you directions to your next meeting. As for the really nerdy stuff, the RX5 has three LED screens inside, and comes equipped with room for as many as four 360-degree cameras, in case you need to take four pictures of the entire interior at once.

The has been an ongoing project for the last two years between SAIC and the tech company. Preorders opened up last week, with customer deliveries slated for August. If you live in China, you can pick up Alibaba's internet car for a starting price of RMB 148,800 (roughly $22,300). Not too shabby for a Mitsubishi Outlander rip-off that can pay for its own gas.