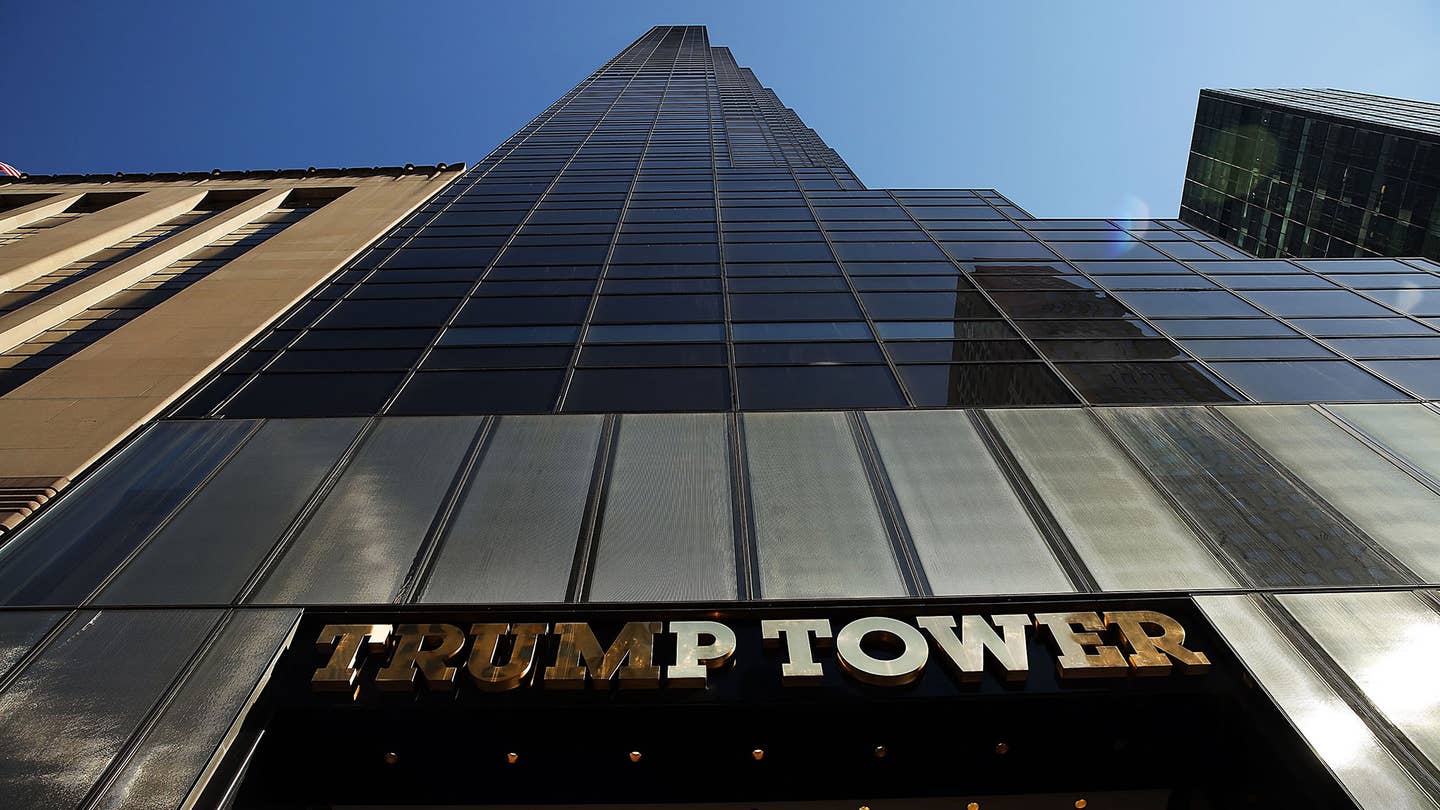 Like a human gecko, some long-haired daredevil is scaling the side of Trump Tower in New York. Whether for social protest, or a highly illegal Wednesday workout, the intrepid ascent is completely dependent on a tool that's remarkably familiar to automotive photographers.

The massive, dinner plate-sized suction cups are glass handling tools, typically used by construction workers when installing large and otherwise unwieldy panes. But in the auto industry, these giant suction cups are used to secure mounting points for dramatic car photography. We call them rig shots. Essentially, a tripod is erected on the car itself, and the camera pointed between its legs, allowing very low shutter speeds that blur backgrounds and heighten action.

Each cup is vacuumed tight with a tiny pump, and when firmly attached to a perfectly smooth surface they can carry quite a load. This, at the expense of being much slower to set up than your average GoPro mount. You can see the effort it takes in this daredevil ascent. Make sure the glass surface is clean. Stab the plunger until it disappears inside the housing. Add weight. In this case, all your weight. Repeat. Often. Clinging to the glass on the side of Trump Tower, this climber is spreading the load over four different suction cups, one for each limb with another as a backup. A rock climber's ascent gear, climbing shoes and a harness help. Still, it's a lot of pumping.

We trust these massive suction cups with tens of thousands of dollars of camera equipment, but never our lives, and seldom under the watchful glare of the NYPD.