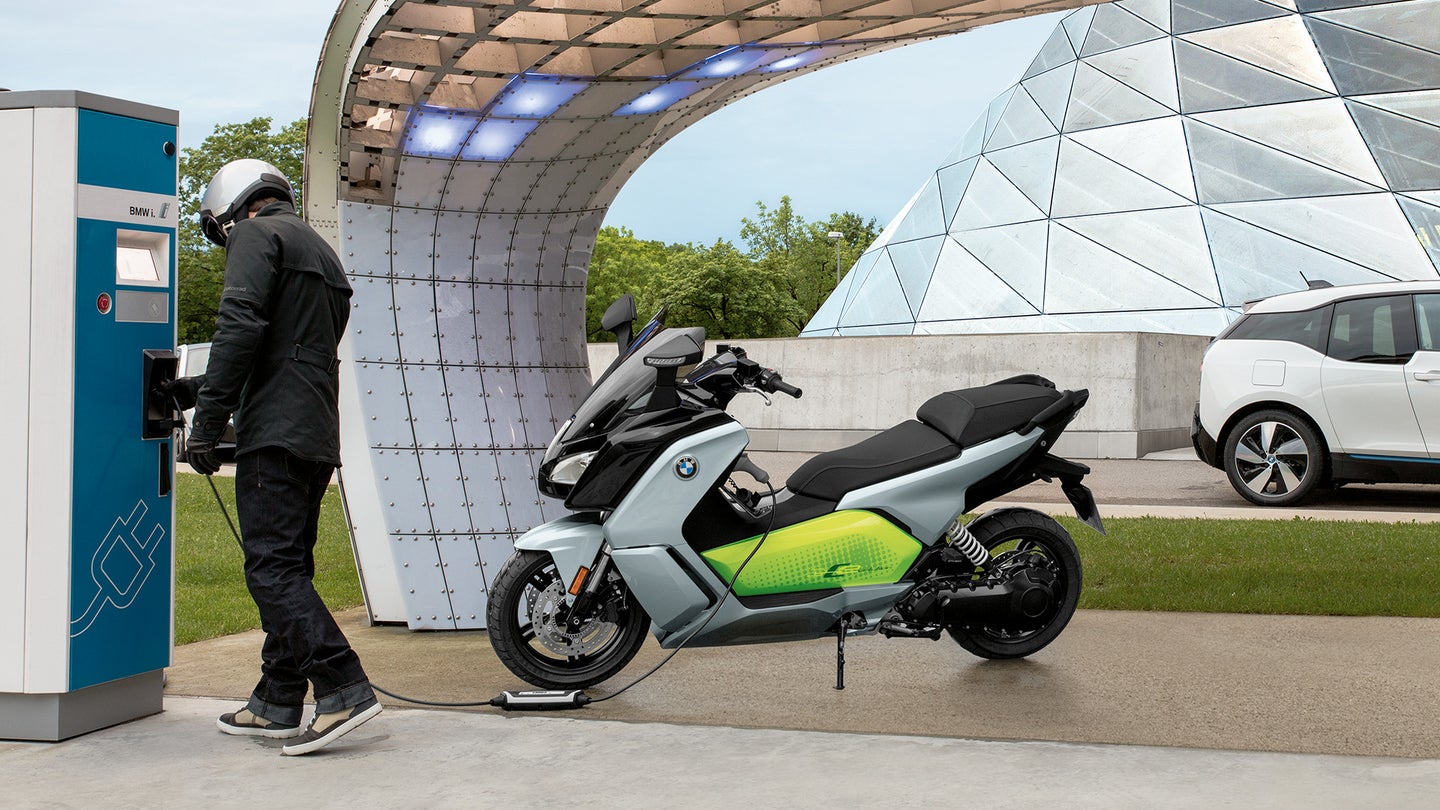 BMW has been selling the C Evolution electric moped in Europe since 2014 and it’s finally coming to the U.S., according to Motorcycle.com. Across the pond, you can get a short-range model that goes 62 miles on a charge or a long-range model that goes 99 miles. To suit American tastes and our sprawling landscape, only the long range C Evolution will be available in the States.

For starters, American availability of the BMW C Evolution will only be in California where it’s expected to be popular. It’s a pilot program that will expand to the rest of the BMW Motorrad dealer network in the U.S. as interest in the electric scooter builds.

Pricing starts at $13,750 with options that include an anti-theft alarm for $395, a comfort seat for $145, and heated grips for $250. It’s powered by the same battery modules as the BMW i3 subcompact EV. You can get a full charge from an 110-volt socket in 9.5 hours or use a fast charge 220-volt accessory cable to achieve a full charge in four hours.

The C Evolution in the U.S. will have a top speed of 80 miles per hour and will hustle from to 0-31 MPH in 2.8 seconds making it a great city conveyance. Standard features include ABS, reverse assist, torque control assist, and four ride modes: Road, Eco Pro, Dynamic, and Sail. The only color available for now is Ionic Silver Metallic / Electric Green. If you’re worried about the battery, you get a five-year, 30,000-mile battery warranty.

There aren’t any specific dates in the press release saying when it’s coming but expect the C Evolution to start trickling into California dealers very soon. If you’re in the golden state, keep an eye out for this nifty scooter.