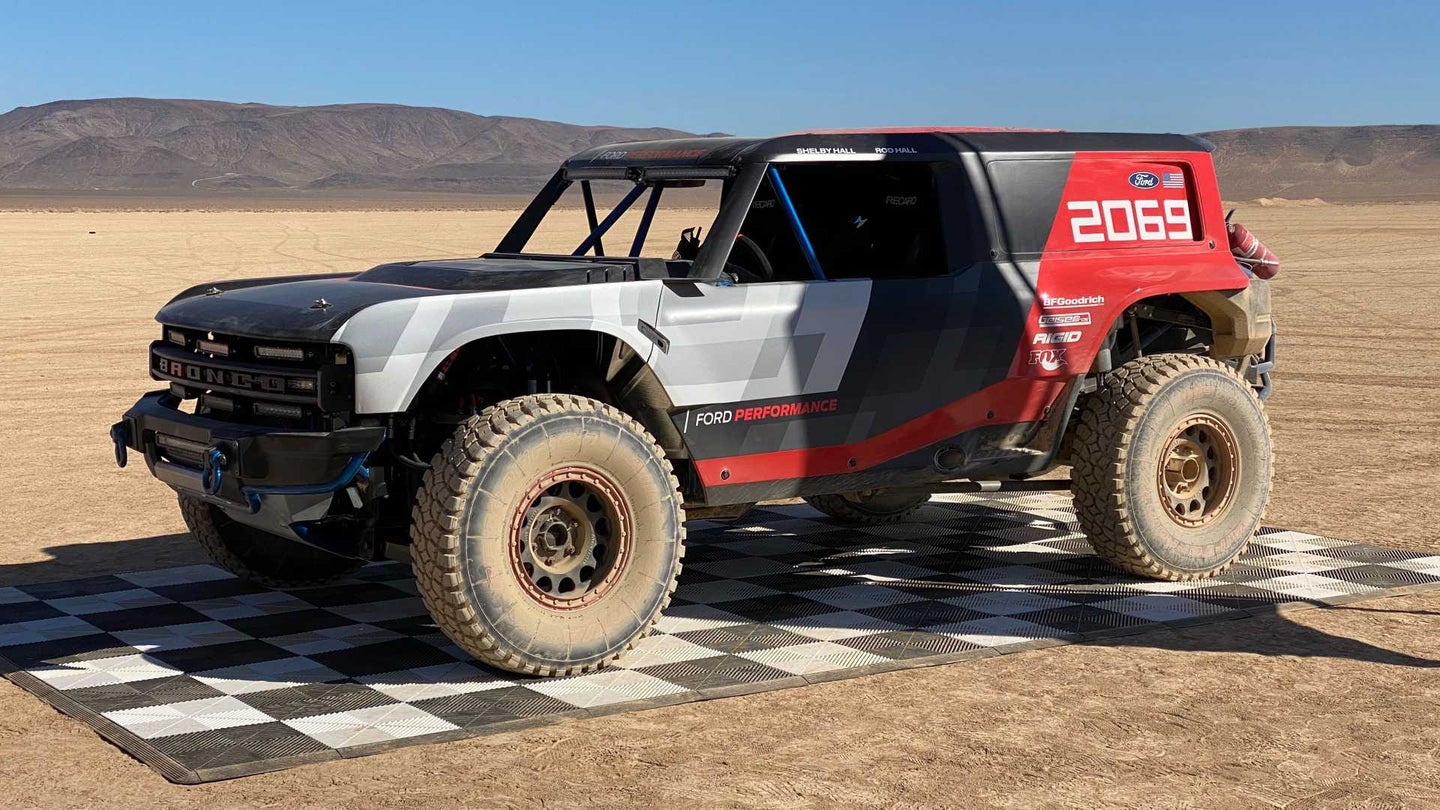 When building a desert-beating prerunner truck, the vehicle's suspension is arguably the most crucial component to get right. You'll never be able to traverse harsh, sandy whoops or speed across rock-laden terrain without the proper setup, so what better place to start than with a purpose-driven Baja 1000 racer like the one-off Ford Bronco R? As it turns out, you don't need to have an automaker's bottomless budget to develop the parts that make the off-roader a weapon at high velocity—you can just buy them online.

See, the Bronco R's suspension is largely comprised of equipment from Fox, who sells the same wildly capable shocks and coilovers to the public. It doesn't come cheap, as you'd expect, as the whole enchilada costs around $8,000 when all is accounted for. Pricey, but it's a relative bargain compared to formulating your own system that performs at the same level, if you've even got the know-how to do so (some do, just not us).

Per Muscle Cars and Trucks, which originally pointed this fact out in a report on Monday, these are the parts you'll need if you want to replicate the Bronco R's suspension system:

These parts were originally built to fit racing applications of the Ford Raptor, although this didn't hamper the experience with the Bronco R. Fox notes that some special suspension tuning went into Ford's Baja 1000 efforts this year, helping it to reach suspension travel figures of 14 inches up front and 18 inches at the rear.

Supposedly, they could also work on a Ranger pickup, although some fabrication may be required. The upcoming Bronco production model is slated to be built upon the same platform, after all.

It's rumored that the Bronco will also borrow the Ranger's 2.3-liter EcoBoost four-cylinder with the option of a 2.7-liter EcoBoost V6 from the F-150.

Whether you're looking to build your own rig for leisure or competition, the parts listed here could set you up for success with proper tuning and configuration. Fox parts have been proven repeatedly, and Ford even uses the company's shocks in its Raptor truck from the factory—if you need any more convincing, check out The Drive's own review of the performance pickup.