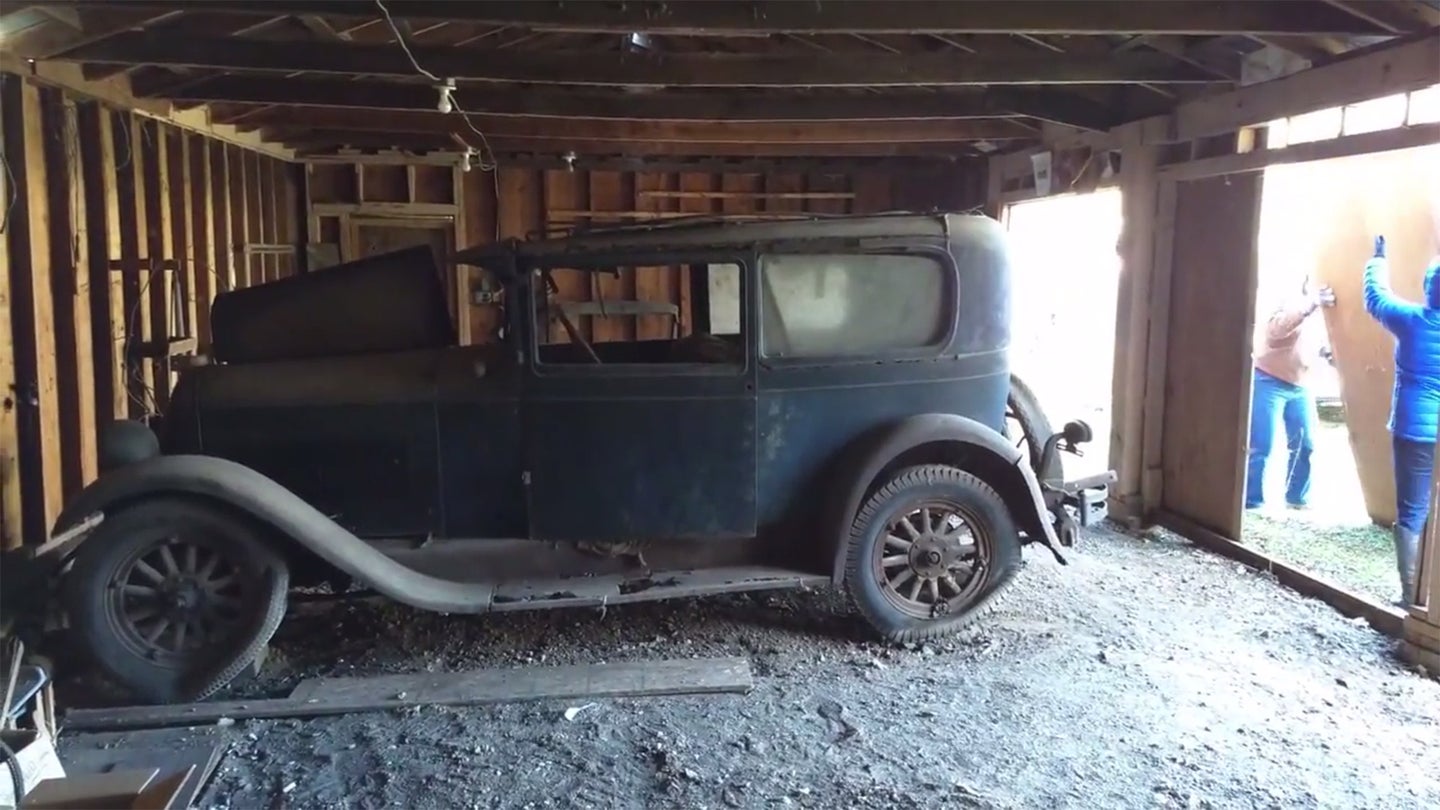 An ultra-rare car from the early days of the automobile that's thought to be the only of its kind in existence was recently hauled out of an Illinois garage this week after more than fifty years in storage—the first step to a full restoration for the two-door 1927 Marmon Model L.

You'd be forgiven if you hadn't heard of the Marmon brand before now. It was one of many independent outfits—some established, some more experimental—that entered the booming automobile market after the dawn of the twentieth century. By the early 1920s, Marmon Motor Car Company had made a name for itself among wealthy buyers with the versatile, inline-six-powered Model 34, running alongside brands like Cadillac, Pierce-Arrow, and Packard in the popular imagination.

However, the Model 34 was almost a decade old at that point, and the company struggled to come up with a viable replacement as the roaring Twenties gave way to the Great Depression. One of their efforts was the "entry-level" Model L line, introduced in 1927 with a starting price four times higher than a new Ford Model T at the time. With the country's financial struggles hammering their business, Marmon attempted a moonshot by developing what would have been the world's first V-16 engine. But by the time the company was able to bring it to market in 1931, Cadillac had beat it to the punch with the iconic Cadillac Sixteen—with the help of a former Marmon engineer.

Sadly, that was the beginning of the end. The company merged and renamed itself in 1933, dropping the consumer automobile business in favor of heavy-duty trucks for military purposes and other industrial endeavors. It still exists today as the Marmon Group, a vast holding company in the transportation industry, but it's a long way from the glitz and glamor of mid-Twenties luxury cars. That might explain their obscure reputation despite producing over 250,000 vehicles and pioneering everyday components like the rear view mirror.

But well-known or not, it's undeniable that Marmon was an important part of the early history of cars. That's why Tuesday's rescue mission, undertaken by the Marmon Owner's Club and a collector in Indiana, is so important—the club believes this example is the last surviving two-door 1927 Marmon Model L in existence.

The La Salle News-Tribune reports that the ninety-year-old car has spent the last five decades tucked away in a garage in rural Illinois, owned by a Marmon enthusiast named Kent Cherpeske. When he passed away in April, his brother began sorting through his things and discovered the two-door model and an incomplete four-door model in a back garage on the family's property. He contacted a mechanic friend to inquire about fixing them up and selling them, and the mechanic recognized the rare cars and got in touch with the Marmon Club to find a proper buyer.

On Tuesday, Cherpeske's brother and a friend towed the two-door Marmon out of its fifty-year resting place, bringing it out into the sun for the first time since John F. Kennedy was president. It hasn't aged too poorly, all things considered, but the extensive restoration will ultimately be worth it to the new owner, an Indiana collector named Dennis Breeden

"It’s a project, but I’m excited about it," Breeden told the News-Tribune, "It’s a very rare car, that body style, well worth fixing up."