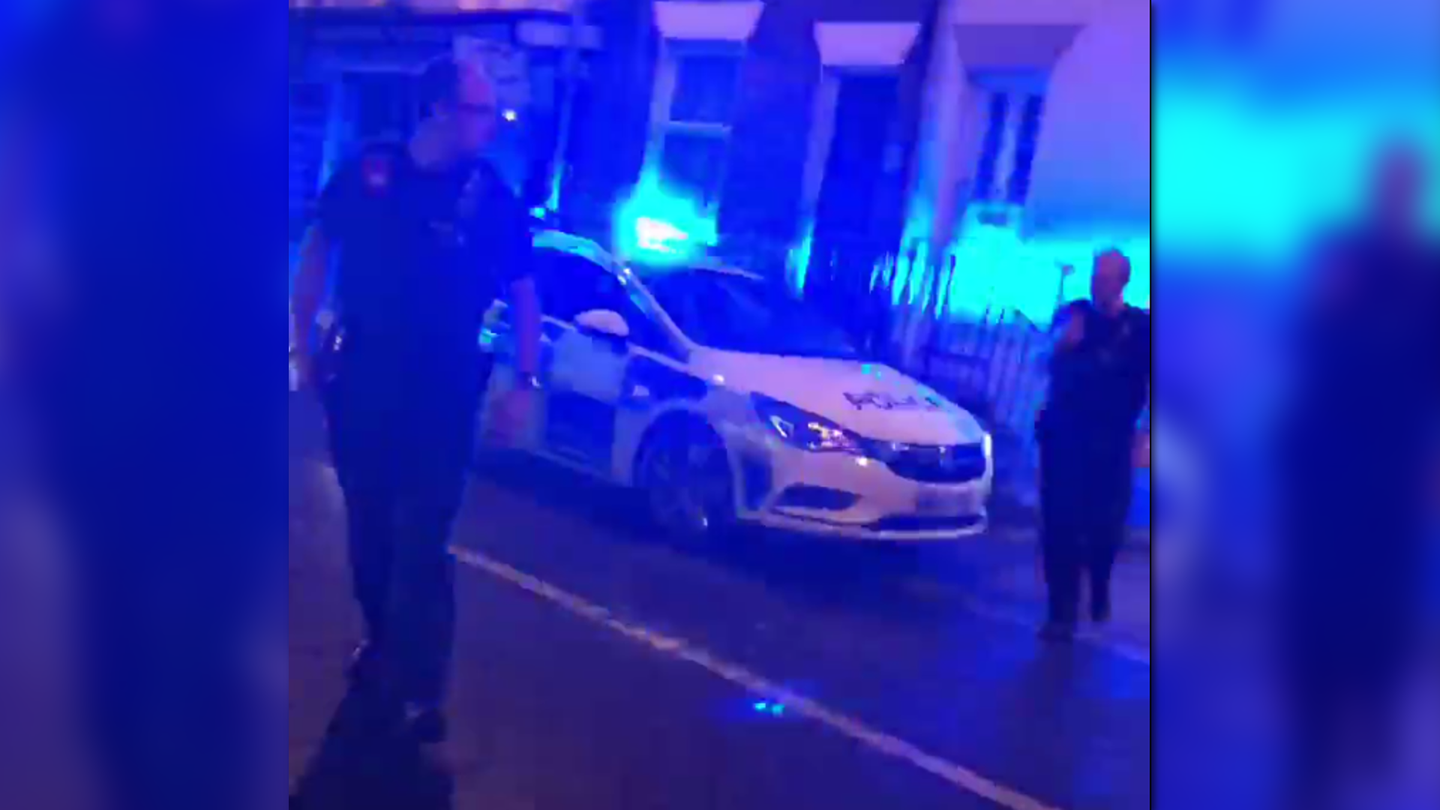 Murderous neighborhood watch group aside, it appears that Edgar Wright's 2007 classic Hot Fuzz is a bit more realistic than our friends across the pond have been letting on. Police in Kent, England are being criticized today after video emerged of a pair of officers making a particularly...slidey entrance to a crowded crime scene early Sunday morning.

The video starts off showing what appears to be the aftermath of a street fight in the town of Gillingham, with two officers having separated the bloodied combatants. The air is tense, filled with cockney-inflected shouts, angry gesticulations, and cigarette smoke.

Things quickly take a Hollywood turn, however, as we hear the siren of an approaching police car in the background. The cameraman spins around and catches the Vauxhall Astra wagon flying down the narrow street, spinning 180 degrees in front of the crowd to end up parallel parked perfectly on the opposite side of the street from the scene of the fight. Apparently the little hand said it was time to rock and roll.

Quite possibly the best part of the video is the way Inspector Angel and Sergeant Butterman the officers exit the car and stride up to the crowd to go about their business, like that was a totally normal way to arrive on scene. The crowds response is mixed—some react with amazed "oohs" and "aahs," while one man can be heard shouting that they could have killed people with their reckless driving.

Which, no doubt that's true. Had they spun left instead of right, the results would have been disastrous. And despite their seeming nonchalance, Kent Police later issued a statement to local media calling the skid "accidental" and promising an investigation. We're inclined to believe that, as the roads do look pretty damp, and it appears the officers smack the curb and some railings pretty hard at the end.

Either way, one thing's for sure—Elwood would be proud.