“People who say Toyotas are boring have never driven one that’s race prepped.” 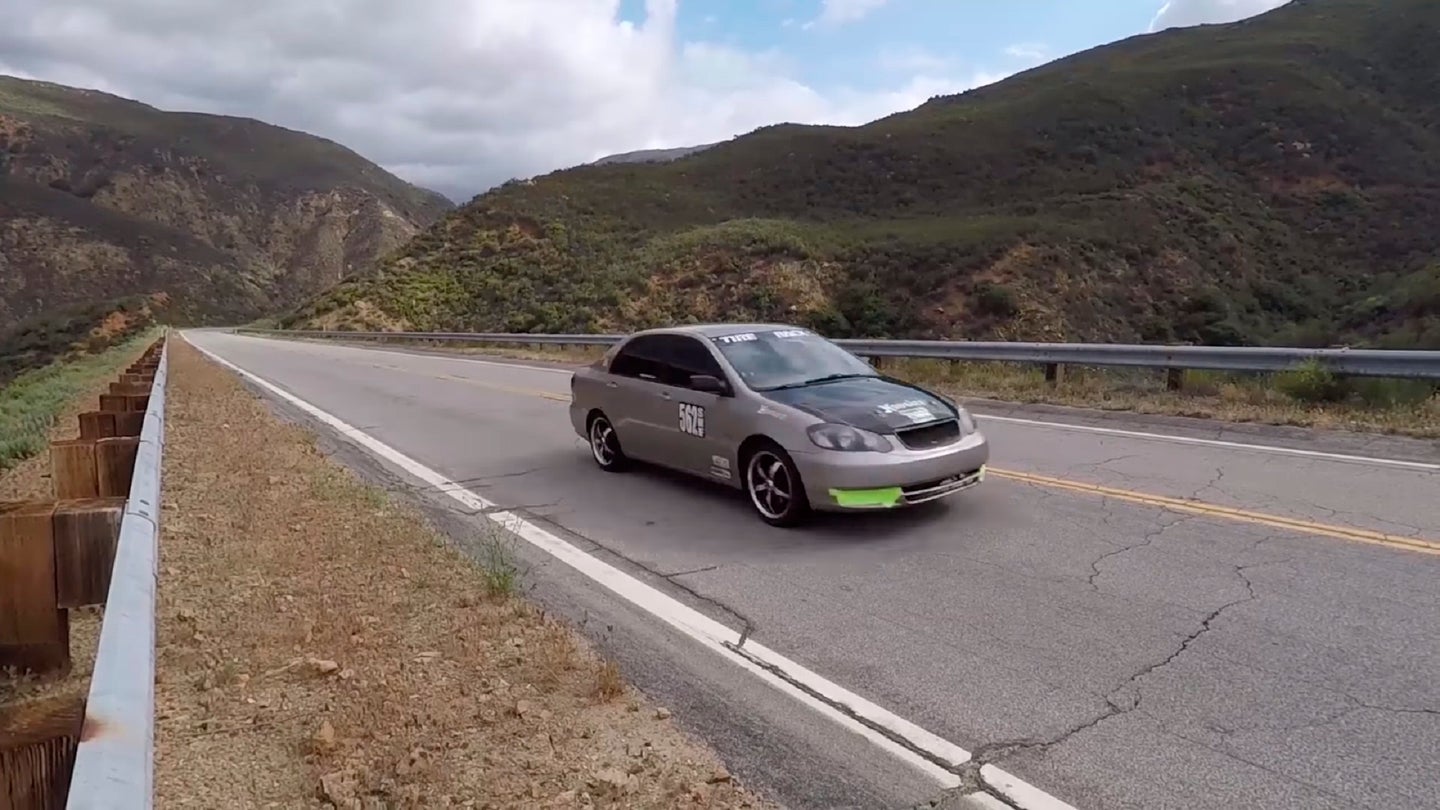 When we think about fun Toyotas, we usually think of a Supra, Celica, or the AW11 MR2. One model that does not generally come to mind when talking about fun Toyotas is the Corolla—unless it's of the drift car AE86 variety. /DRIVE's own

Matt Farah drives all kinds of awesome, exotic, and expensive cars for his One Take series. But rarely has he giggled on camera as much as he did while driving this Toyota Corolla. Surprisingly, he's a huge fan of the souped up Corollas he's driven, and this supercharged one in particular.

The owner of this car, also named Matt, originally bought this Corolla as a parts car for his Corolla-based Pontiac Vibe. But he ended up liking it so much he turned it into a formidable autocross and track car all its own. (He still has plans for the Vibe.) He's added a TRD supercharger with a smaller pulley to the otherwise stock 1ZZ engine, which puts its unmeasured amount of horsepower to the ground through a manual transmission and a limited-slip differential. Despite having a resonator and muffler, the exhaust is loud and buzzy. It even pops and shoots fire on occasion.

The car has been gutted and weighs about 2,400 pounds empty. Additionally, the car has stiffer sway bars, bushings, and a coilover suspension to keep it flat in the turns. Rather than the wide grippy Hoosier racing tires he races on, the Corolla wears its backup street tires on large heavy wheels for this test, but they don't seem to hold it back much during a drive through some twisty canyon roads.

Years ago, I gave my Saturn SC2 a similar treatment. It didn't have a supercharger, but it did have a better suspension, grippy tires, and a similar weight as this Corolla (hooray for Saturn's dent-resistant polymer body panels). It was an absolute hoot at autocross and on the track, in part because nobody could believe that it was a Saturn and as quick as it was. I'll never forget one session at New Hampshire Motor Speedway where a friend in a 1959 Turner Mark 1 vintage race car and I passed everyone else in our run group.

The owner of this Corolla must have similar stories and experiences, passing and beating cars that no Corolla should beat. Anyone can go buy a Miata, slap on tires and forced induction, and call it a day. But it takes a special kind of person to take a pedestrian car like this and make it not only fast but fun to drive as well. It also takes a special kind of person to appreciate such a car. Matt Farah is one of these people.

The Japanese Aerospace Exploration Agency has officially disclosed images and videos taken by its onboard space station drone, “Int-Ball.”