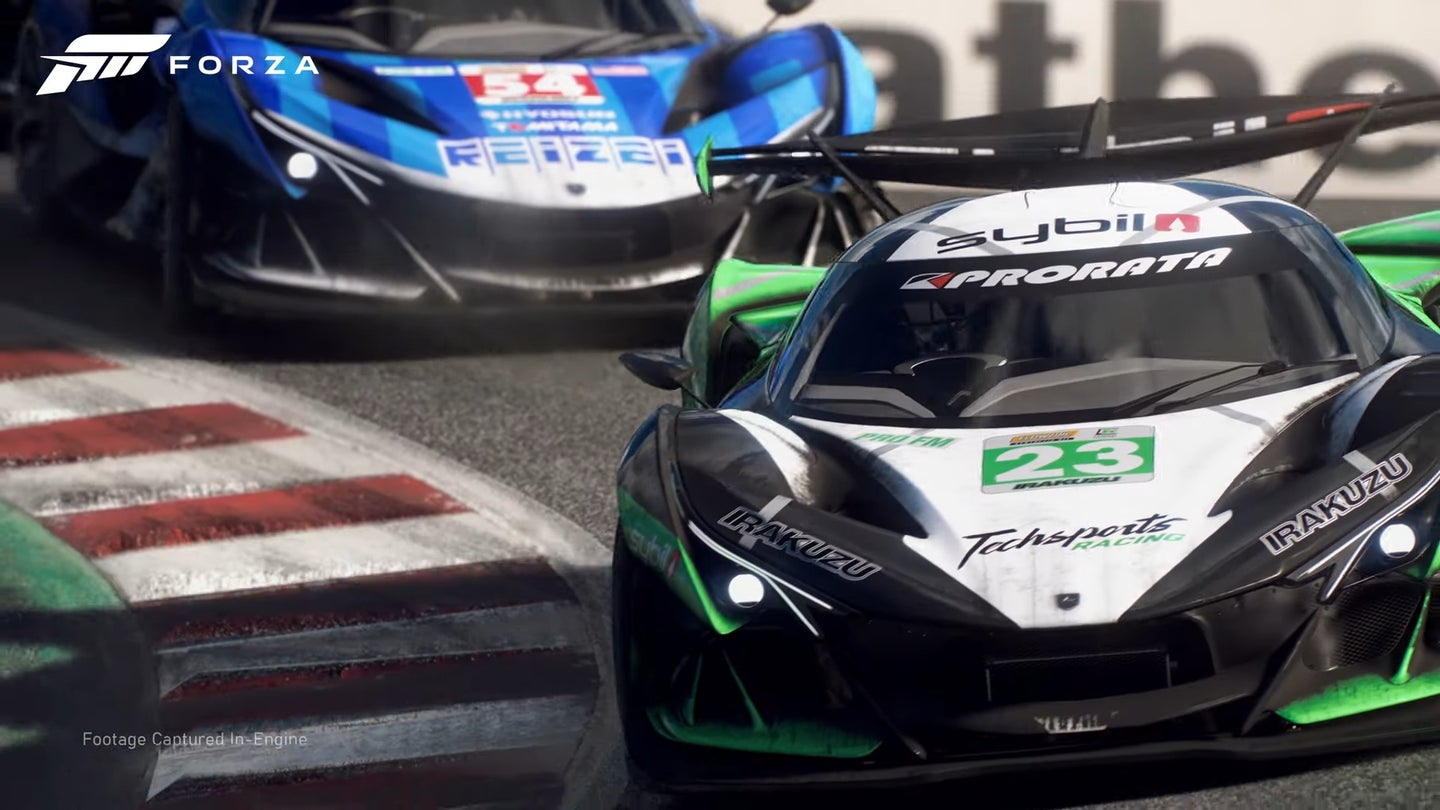 In case you haven't heard, a new generation of video game consoles are coming at the end of the year. And with new hardware come the obligatory racing games that simultaneously show off some shiny, new graphics and give car-obsessed gamers like you and me something to do while our real-life cars are in the shop. Sony already announced Gran Turismo 7 on PlayStation 5, but today, we have Microsoft's answer. Making an appearance at Xbox's Games Showcase is the next Forza Motorsport. No, not Forza Motorsport 8. Just Forza Motorsport.

Before streaming a brief teaser, Xbox boss Phil Spencer said the next-gen racing title would run on Xbox Series X in native 4K resolution, 60 fps, and feature ray-tracing: essentially a more realistic method of simulating reflections and shadows that seems to be the gaming buzzword of the moment. The company also says the game is currently in "early development" despite the franchise already taking a year off in 2019. Translation: don't expect this to come out anywhere near the new Xbox console's Holiday 2020 launch window.

The above clip doesn't actually reveal all that much content-wise other than some significantly improved cosmetic details both on and off the track and has seemingly been crafted in-engine to show off the aforementioned ray tracing tech. Reflections in helmet visors, reflections in paintwork, ultra-sharp shadows of cars flying down the Corkscrew, and even the red glow of taillights against a nearby driver can be seen digitally recreated with significantly more fidelity than before.

As for cars and tracks, the teaser confirms the presence of Mazda's Daytona prototype racer, the BAC Mono, what appears to be a whole class of race-prepped Apollo Intensa Emoziones, and Laguna Seca. Expect hundreds of more cars and at least a handful of more tracks to join it when this game eventually launches.

Forza Motorsport will be playable on Xbox Series X and Windows 10.