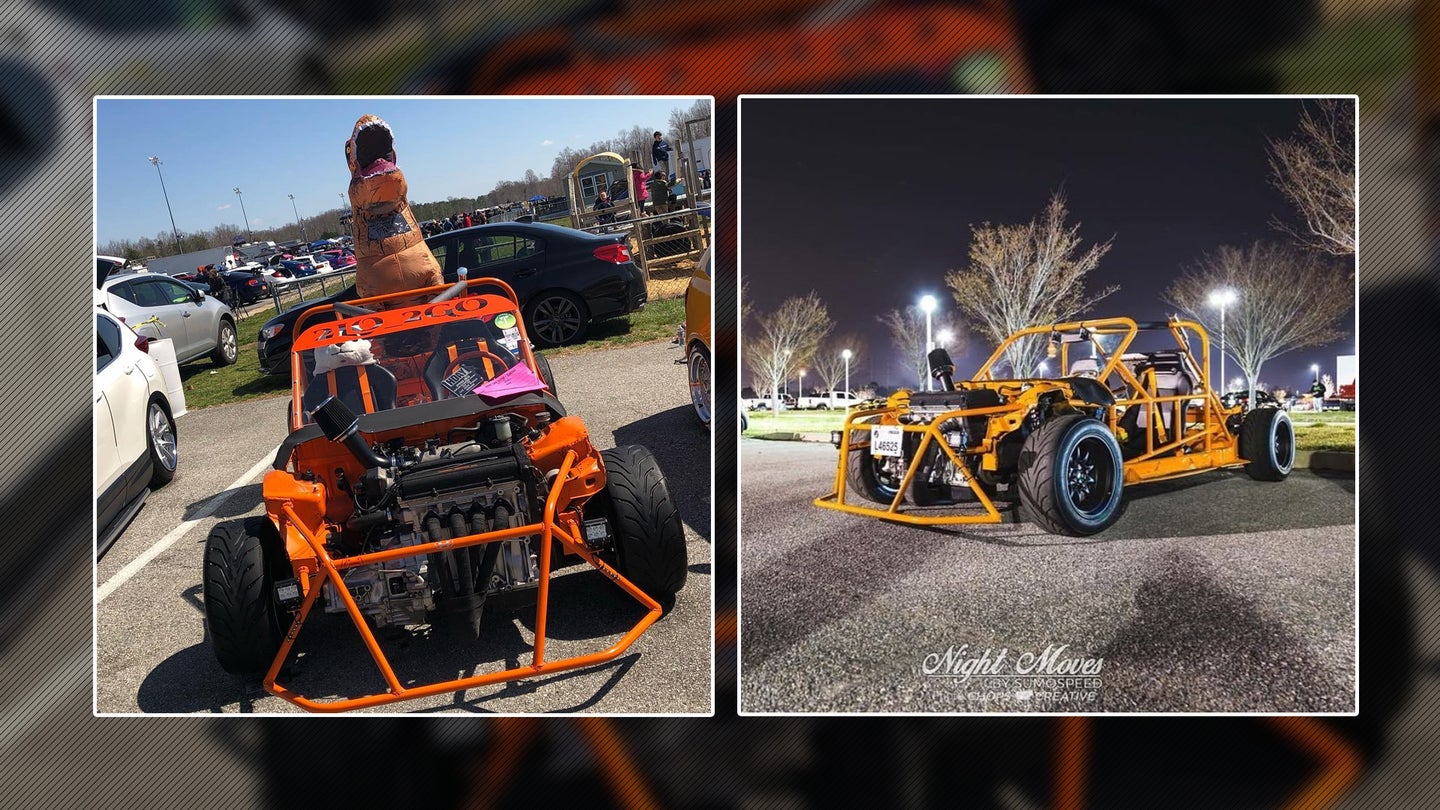 I would be lying if I told you that I didn't think exocars are cool (though some of my colleagues may disagree with me). As much as I'd love to own one, I don't think I'd have the cojones to drive it on the street for fear of an accident. Unfortunately, a Virginia man who transformed his 1994 Honda Civic into an Exocar experienced the worst after his home-brewed build succumbed to just that scenario.

Anthony Dillard was driving self-proclaimed "Death Kart" in Chesapeake, Virginia when his car and a sedan collided. According to local news source, the Virginian Pilot, police said that Dillard was making a left-hand turn and lost control of the car. He slid into oncoming traffic before being struck by what appears to be a Pontiac Solstice and was thrown from the car. Police pronounced him deceased after arriving on the scene.

Law enforcement also had a difficult time determining what kind of vehicle Dillard was driving. At first, they believed that he had used a VIN plate to register the Kart as a Civic, though his Instagram account shows the vehicle's gradual transformation from car to kart. Ultimately, police determined the vehicle to be unfit for roads under Virginia law, something which Dillard appears to have disagreed with.

The kart had made its rounds on local Facebook groups for months prior to the crash, some warning Dillard about the welds on the vehicle, while others questioned the structural integrity of the car after the accident happened. Dillard had also listed the kart up for sale on Facebook marketplace only days before the crash, all while disclosing that he was "not a profession[al] fabricator" and did "not want to hear" any criticisms on the vehicle's welds.

Let's not downplay the fact that someone passed away in this accident. It's quite unfortunate that a veteran and father was killed in the crash, however, it brings to light just how dangerous this new trend could become. Home-builds are great, and I encourage anyone who is interested to learn trade skills like fabrication, but putting your life in danger over scene points won't help you when you're the one who's face to face with something more structurally sound. Let's leave the go-karts to off-road use.

Can is not the same thing as should.