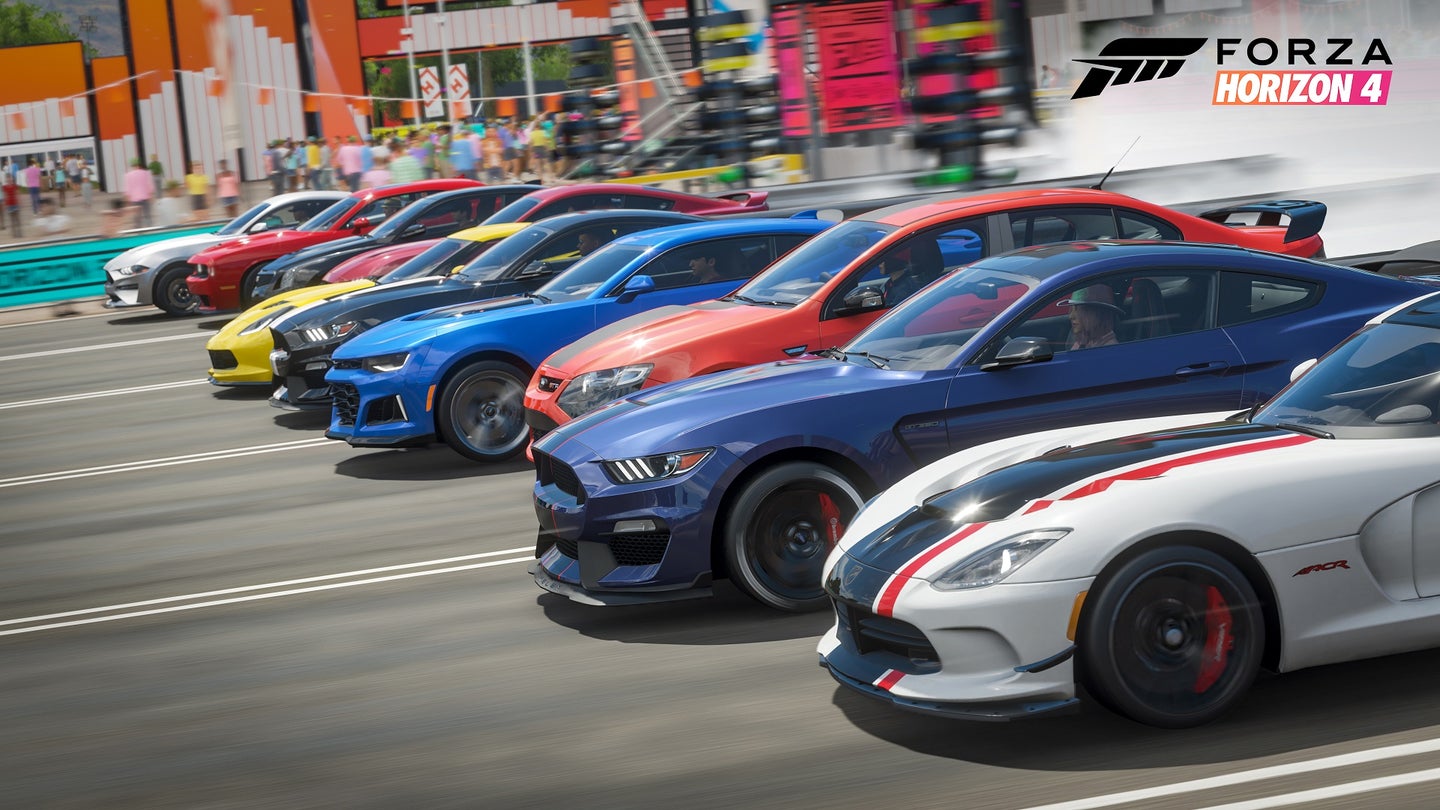 Spurred on by the killing of George Floyd at the hands of Minneapolis police, there's been a huge push to ban and remove any and all signs of racial oppression such as Confederate symbols and monuments. Even NASCAR has banned the Confederate flag from its events. Not only will the controversial flag be outlawed in real-life racing, but now it will also be off-limits in virtual racing platforms such as Forza.

This means that, yes, that digital homage to the General Lee can now get you booted from Forza's online service entirely.

"Our goal is to create a safe, secure, inclusive, and enjoyable experience for all players," the Xbox franchise announced in a tweet. "Moving forward, the use of the Confederate flag on any car and under any circumstances will be categorized as a 'Notorious iconography' in our enforcement guidelines and its use will result in a ban."

For those whose video game experience starts and ends with Pac-Man, Forza is a racing game series in which players can completely customize their cars' liveries and show them off online. This "user-generated content" is regulated by the game, which prohibits profanity, sexual content, illegal drug references, vans with "free candy" or similar written on them, and notorious iconography—a category with includes but is not limited to swastikas, the Japanese Rising Sun, and, now, the Confederate flag.

Just like the real-life Confederate flag ban in NASCAR, Forza's decision to disallow the flag will likely be met with controversy and pushback from parts of its player base. The new rule will presumably apply to both the Forza Motorsport and Forza Horizon games.

NASCAR Says It Wants to Move on From the Noose. Its Fans Must Do the Same

There are two major problems here: the noose, which went unchecked for months, and how so-called fans have reacted to Bubba Wallace in recent days.

The World Of Cars Has A Diversity Problem. How Are We Going To Fix It?

Black Lives Matter is having a moment. The auto industry and motorsports must rise to meet it.