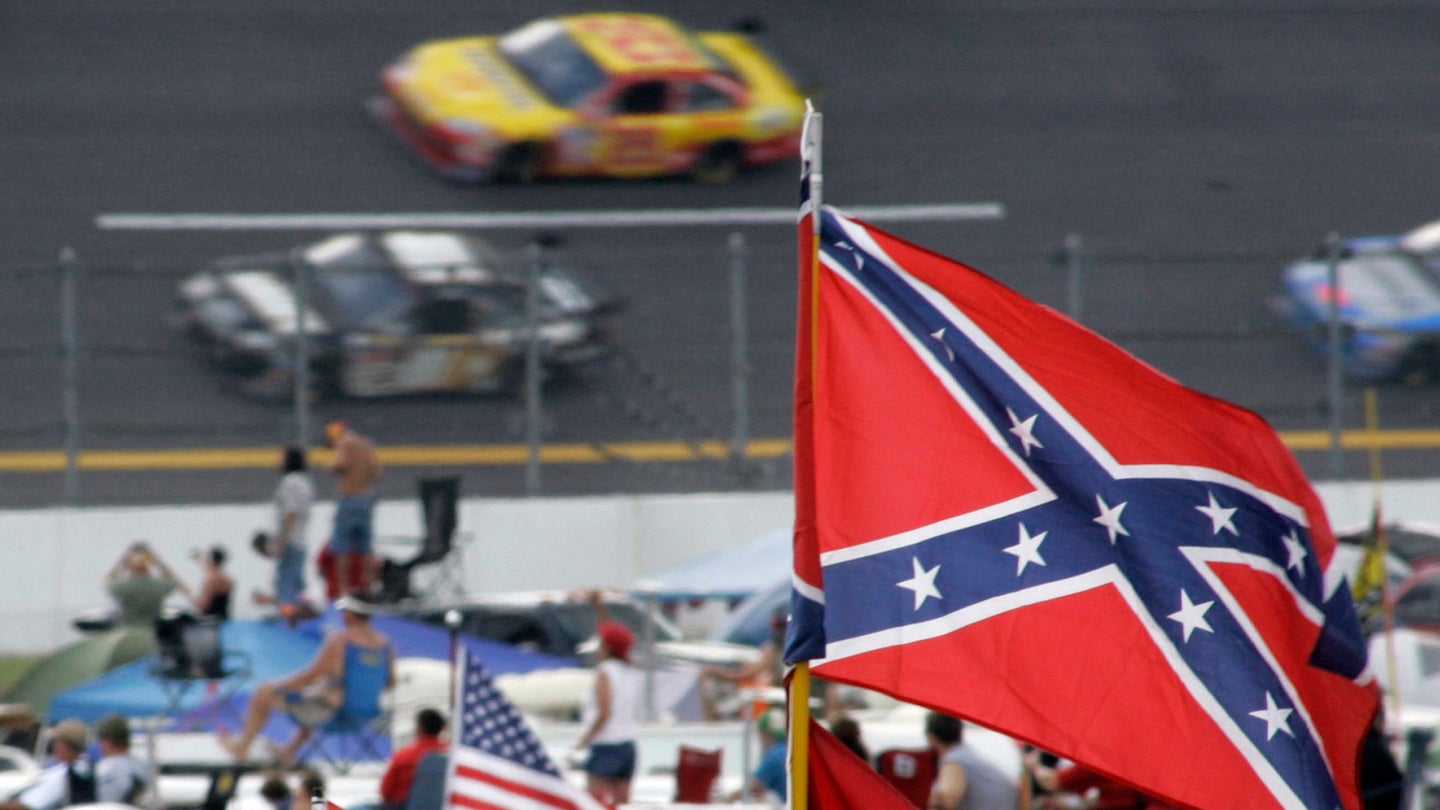 NASCAR is as Southern as American sports get, but in recent years it has struggled to reach wider audiences and reconcile with the Confederate flag that's often a fixture at its races. But today, the racing series said no more. It announced that the controversial flag will be banned at all NASCAR events and properties.

The move came two days after Cup Series driver Bubba Wallace spoke out against the presence of the flags at races across the United States, and now, the sanctioning body has elected to ban them completely. Wallace—like protesters across the country, brands of all stripes and athletes from series like the NBA and NFL—was moved to speak out following the killing of Black Minneapolis resident George Floyd at the hands of police late last month.

Wallace, whose No. 43 Chevrolet Camaro will don a Black Lives Matter livery in Wednesday's Cup Series round at Martinsville, attracted commendations from his peers after talking with CNN on Monday.

But on Wednesday afternoon NASCAR itself took to Twitter, making an official ruling and statement that Confederate flags would no longer have a place at any of the sanctioning body's events or properties.

NASCAR had already shown its support of the Black Lives Matter movement on social media, using #BLM on multiple posts throughout the past few weeks. Additionally, during the opening ceremonies for June 7's Cup Series race at Atlanta Motor Speedway, NASCAR President Steve Phelps gave a poignant speech on unity. Pit crew members were holding up shirts with "I Can't Breathe" fully displayed, and it was nationally televised on Fox Sports along with a solemn moment of silence.

Wallace closed his interview with CNN on a decisive note, saying, "There's going to be a lot of angry people that carry those flags proudly, but it's time for change. We have to change that, and I encourage NASCAR to have those conversations to remove those flags. Those who disagree can "get back on the road where you came from," Wallace said. "We should not be able to have an argument over that," he said. "It is a thick line we cannot cross anymore."

NASCAR implored fans to stop flying the flag in 2015, but this is the first time the sport has instituted an outright ban. It's not clear how it will be enforced.

Floyd's killing has sparked a reckoning with Confederate icons across the country in addition to the flag. Statues of Confederate figures have been removed and in some cases vandalized cross the U.S. in recent weeks, although some official moves have been met with legal challenges.