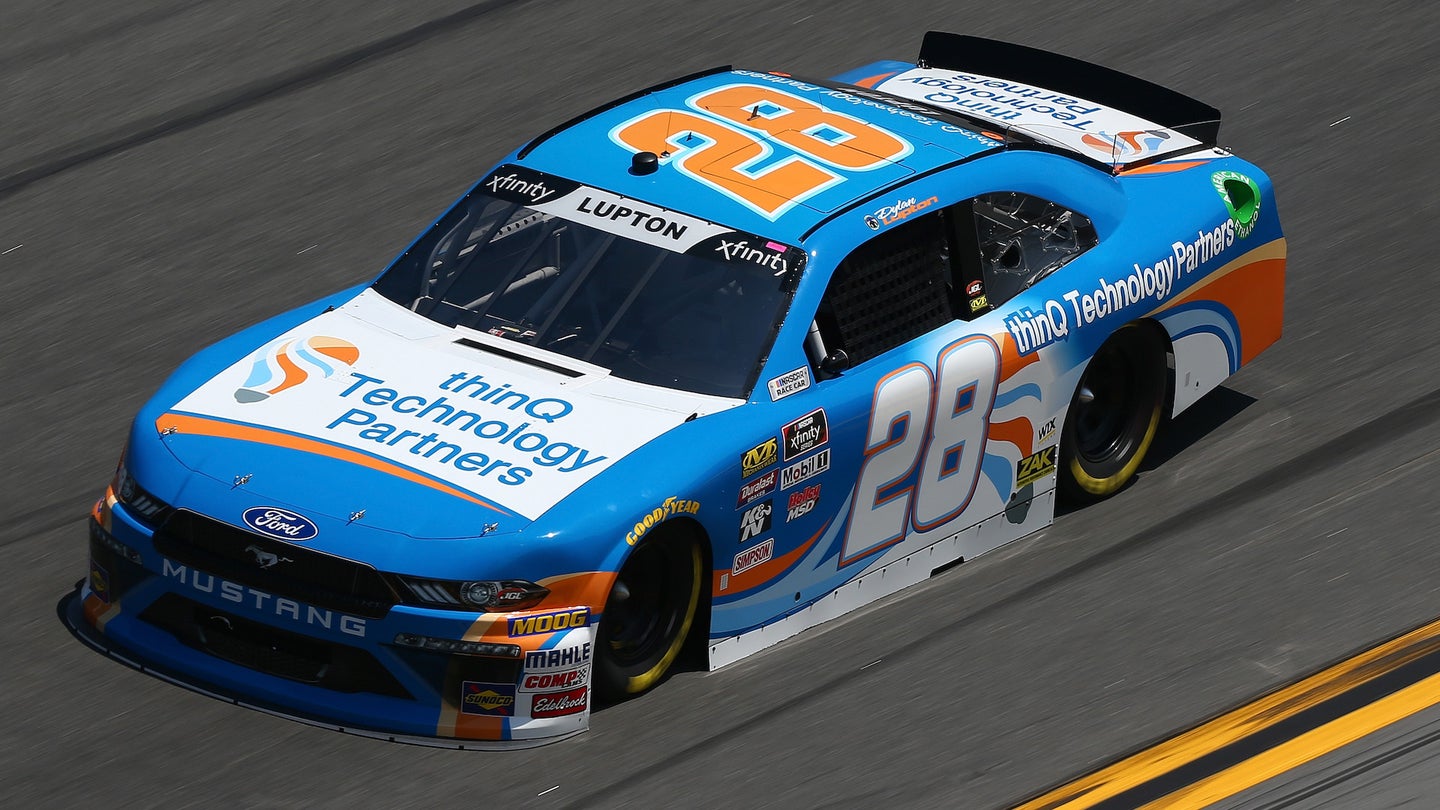 NASCAR Xfinity Series driver Dylan Lupton announced Thursday that he wouldn’t compete in Saturday’s LTi Printing 250 at Michigan International Speedway in Brooklyn and wouldn’t be returning to JGL Racing for the remainder of the 2018 season. The statement he released announcing his departure from the team set off a bitter Twitter exchange between the driver and race team.

"Due to unfortunate circumstances, I will not be competing in this weekend’s NASCAR Xfinity Series race at Michigan International Speedway,  nor will I be returning to JGL Racing for the remainder of the 2018 season,” Lupton’s statement read.

He continued, "I appreciate the opportunity I had to drive for James Whitener [JGL owner]  and I wish him and JGL Racing the best in their future endeavors. I’m re-focusing my efforts to secure a competitive ride in the NASCAR Xfinity Series and look forward to announcing my plans for the rest of the 2018 season when appropriate. I’d like to thank all of my marketing partners, family, friends and the fans for their continued support.”

JGL responded with a tweet, claiming that Lupton would not continue with the team, because he was unable to make a payment to JGL Racing due to the sponsor not paying him.

Lupton, then, responded with a tweet expressing disappointment in the path taken by JGL Racing with its tweet.

JGL Racing began the 2018 Xfinity Series season as a two-car team, fielding the No. 24 for Kaz Grala and the No. 28 for Lupton. The team shuttered operations of the No. 24 team in May, citing a health issue for team owner James Whitener. Whitener needs a liver transplant. Grala has since joined Fury Race Cars, a team new to the series and co-owned by his father, Darius Grala.

JGL Racing announced Thursday evening that it would not field its remaining car, the No. 28 vacated by Lupton, at Michigan.