Otherwise, it’s the same car as its big-brother GT 53. 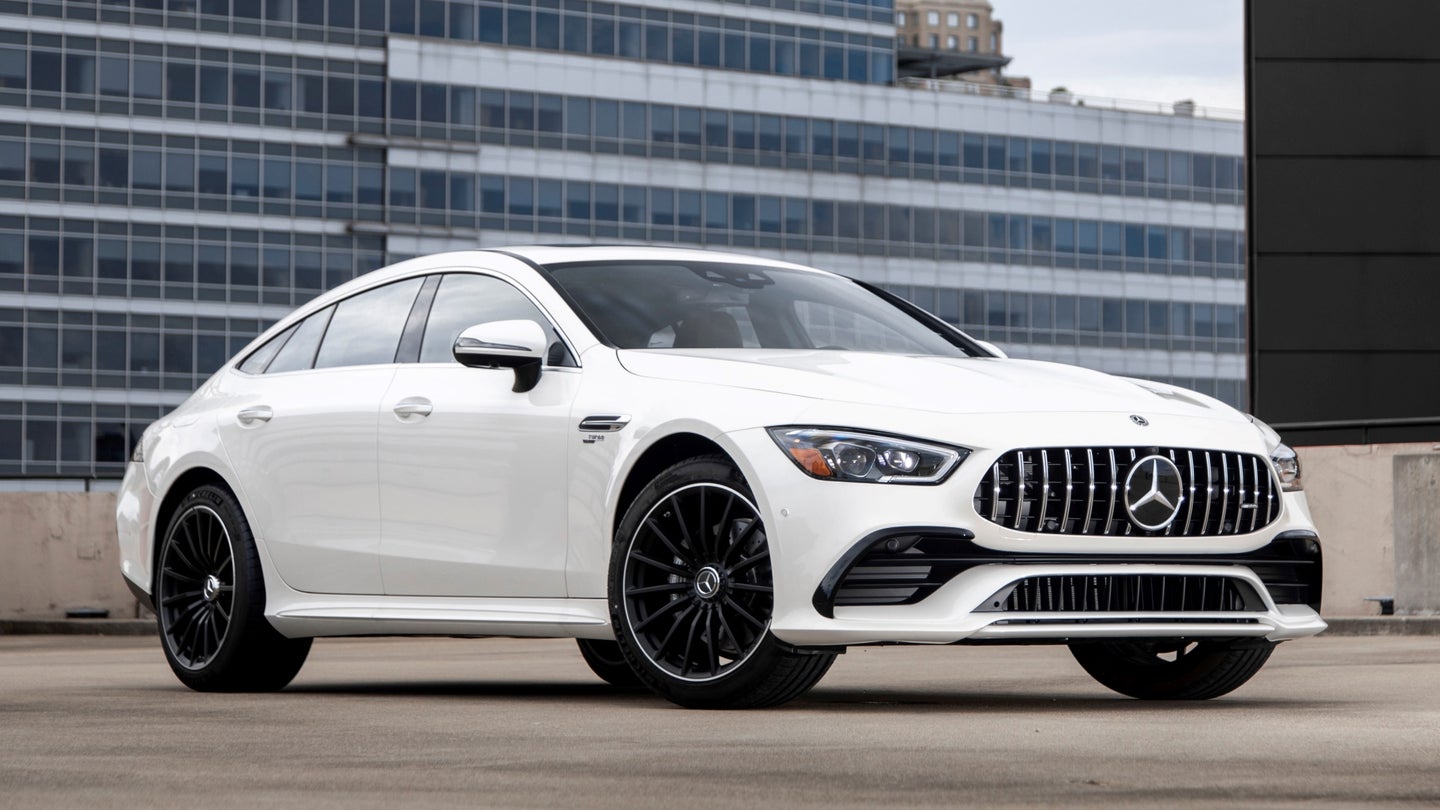 For those looking to put an AMG GT on their driveway on the (relative) cheap, we've got good news. Mercedes-AMG is bringing the entry-level GT 43 4-Door Coupe to America for the 2021 model year. Already available overseas, the smaller sibling of the Mercedes-AMG GT 53 4-Door Coupe will start at $90,950 when it comes to U.S. dealers in late 2020—about $10,000 less than its more powerful counterpart. It's also about $26,000 cheaper than the base of its two-door sibling.

The 43 uses the same 3.0-liter turbocharged straight-six found in the 53 albeit detuned to 362 horsepower and 369 pound-feet of torque. To contrast, the four-seater GT 53 makes 429 ponies and 384 pound-feet. This output gulf translates to a 0.4-second delay getting to 60 mph with the 53 performing the sprint in 4.4 seconds and the 43 getting it done in a manufacturer-estimated 4.8 seconds. A 48-volt EQ Boost mild hybrid system adds up to 21 extra hp and 184 additional pound-feet of twist.

Is hitting 60 mph less than half a second sooner really worth 10,000 big ones? My poor-person logic says "not really" but, to be fair, folks putting down almost six figures for a luxury German sports sedan probably aren't doing so because it's a reasonable and pragmatic thing to do.

In any case, the differences between the AMG GT 43 and 53 pretty much stop here. Mercedes says standard equipment on both cars will be the same and include a nine-speed automatic transmission, all-wheel drive, AMG Ride Control sport suspension, audio by Burmester, and—new on all AMG GT 4-Doors for 2021—voice-activated MBUX.

On the opposite end of the quad-door AMG GT spectrum, a range-topping GT 73 model has been teased as an 800-hp plug-in hybrid. Nothing official's been announced about that one yet but expect it to cost quite a bit more than 90 grand.